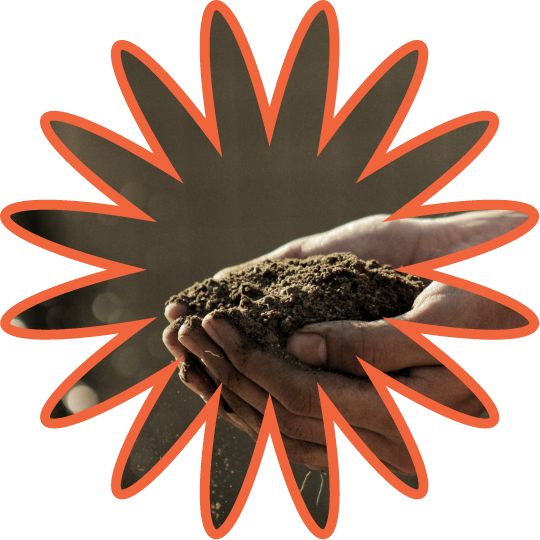 A new theory of soil

Farmers are being told to drop the plough. Current methods of tilling the soil and using synthetic fertilisers are bad news for greenhouse gas emissions.

Scientists, robotics experts and farmers are all increasingly pursuing means to boost the health of soil without turning it over. This is because research shows that when farms expose soil to the air, they impede the sequestering of CO2—the natural removal of carbon from the atmosphere. Ploughing also releases more methane and nitrous-oxide, which is the fourth leading cause of the greenhouse effect. This is only increased by the use of slurries and ammonium fertiliser.

A 2013 report by the United Nations found that since the pre-industrial era, nitrous oxide emissions from human activity have increased 20 percent. At the time, the authors wrote that if nothing was done, those emissions were expected to double by 2050. This is largely because of the increased use of fertiliser - both animal manures and synthetic - in farming.

"when farms expose soil to the air, they impede the sequestering of CO2"

Professor Ute Skiba of the UK Centre for Ecology and Hydrology, told Footprint: “typically, the largest N2O emissions occur in Spring, when mineral nitrogen fertilisers or slurries are applied to crops and grasslands, with a second peak in autumn, when stubble is ploughed into the soils and slurries are applied. The emissions vary considerably, with very low emissions when the soil is dry.”

Scientists and land-managers have a dual task at hand both to sequester carbon and to ‘fix nitrogen’ in land. ‘Green manures’, such as legumes, may have a bright future and researchers are increasingly looking to robots to control weeds and beetles to control pests, to try to reduce farms’ reliance on ploughing the earth and dousing it with chemicals.

The release of these gases happens at a microscopic level, and it is microbiologists who occupy the cutting edge of soil science. A unique ‘theory of soil’ has emerged this summer from the non-profit Rothamsted Research. They examined soil samples from a unique fifty-year field experiment and suggest that the Industrial Revolution’s switch to synthetic ammonia and phosphorous-based fertilisers has been bad for the Earth. A low-oxygen, nitrate-riddled environment appears to fundamentally alter the way that microbes in the soil breathe, increase greenhouse gas emissions and reduce farms’ efficiency. All of these things are bad for the environment.

"adding carbon to the soil, in the form of organic matter, appears to result in more oxygen within the soil structure, and substantially less greenhouse gases being released to the air"

Professor Andrew Neal, who led the Rothamsted study, told Footprint: “Perhaps only optimistically 50% of the nitrogen [farmers are] putting on actually gets to a plant. … The bacteria and the archaea in soil are so effective at scavenging that nitrogen. When they can’t get hold of oxygen, they use it as an alternative electron acceptor to respire. That process creates nitrous-oxide”.

To try to solve that problem, Professor Neal’s team discovered that adding carbon to the soil, in the form of organic matter, appears to result in more oxygen within the soil structure, and substantially less greenhouse gases being released to the air: “Globally our whole farming system could be much more efficient, could require much less nitrogen, and lose much less nitrous oxide if we were to incorporate more carbon into soil,” he concluded.

In healthy soils, the activity of plant roots and the microbes around them is instrumental in sequestering carbon. Professor Neal described what happens in a field seasonally: “Over the summer the plants fix carbon, they grow. While they do that they’re secreting stuff from their roots. So you get a lot of organic material that is just exuded out of plant roots. In the autumn, when everything dies, that falls onto soil and is degraded, it’s chewed up by shredders, invertebrates … it makes its way down into the soil, and there it’s turned over by bacteria and becomes incorporated into the soil.”

Selective breeding of plants has, however, made this sequestering more difficult: “Although the crops we grow to some extent are still exuding stuff from their roots, they’ve been bred to be a lot more efficient so that a lot more of that material goes into the food we eat and a lot less of it goes out to the roots.… By manipulating the plants, we’ve inadvertently messed with the soil processes.”

“Some of our long term experiments have had farmyard manure added for 170 years. They’ve [received] three times as much total nitrogen in them as the inorganic fertiliser plots, but they lose far less nitrous oxide because they have formed a much more open and oxygen-rich environment in the soil,” he said. This is largely impossible in sandy soils, but for the majority of soil types “there are a lot of potential sources of carbon.”

"The farms of the future might also be covered in trees"

One of these is compost. Kate Scow, a Professor of Soil Microbial Ecology at University of California Davis last year presented a 19-year study that used a combination of compost and ‘cover-crops’ to make a piece of land into a carbon sink. On land where compost was applied, and where plants were always growing, ‘soil carbon content increased 12.6 percent over the length of the study, or about 0.07 percent annually’.  “One reason we keep losing organic matter from soils is that our focus is on feeding the plant …” Professor Scow said at the time. “We need to feed the soil, too”.

Looking to the trees

Scow’s research showed the deep value of crop-cover, where plants are always growing, and of a good compost. According to the UK’s Soil Association, this is best made “using half green material that’s high in nitrogen – like grass clippings or food waste, and half brown material that has lots of carbon in it – such as wood, straw and cardboard.” Land-managers can also plant 'nitrogen fixing species, like peas, beans or clover, to boost [...] soil health.’

The farms of the future might also be covered in trees. The Soil Association’s campaign to ‘fix nitrogen’, which advises that trees’ “impact on soil is undeniable. Their deep roots mean that they recycle nutrients, improve drainage, water quality, improve soil structure and sequester carbon and nitrogen.”

Dr. Sirwan Yamulki of Forest Research told Footprint: “Trees are a unique natural asset that play a crucial role in combating the biodiversity and climate crises we face. They have multiple benefits including helping to reduce carbon emissions, encouraging nature recovery, providing shading for grazing animals and reducing the risk of flooding.”

Industrial agriculture has been making very unpalatable trade-offs in recent years, in order to boost the fertility of soil. A rise, largely in the United States, of ‘no-till’ farming (planting straight into the ground without disturbing the soil) has been accompanied by farmers increasingly resorting to chemicals so that they can eradicate weeds. The Soil Association studied one ‘no-till’ farm from 2016-19 and found that it used “over the three years, almost 70 different chemicals and compounds”. In terms of their wider research, they reported that ‘43% of bumblebees had detectable levels of two or more pesticides, with up to seven pesticides found in one bumblebee’. Meanwhile, ‘polling has shown that 78% of the UK public want the government to provide more support to British farmers working hard to reduce their pesticide use.’

The false dichotomy between ploughing and resorting to weed-killer, is ignoring a possible third way. Clint Brauer is a farmer in the U.S. Mid-West who did not want to douse his un-ploughed land with chemicals and instead reached out to robotic experts to mow down the weeds. He commented in a recent podcast that “regenerative agriculture is simply no-till farming, it means you always have a growing root, as much as possible”. His robots are light-weight mowers; they can ‘see’ crop rows and cut weeds between them, leaving the roots in the ground.

He doesn’t disturb the soil, and he doesn’t need to spray, either. Brauer is promoting this product to other farms. In his view, there is a communication-gap about regenerative agriculture—both in the ‘Ag-tech’ investment space and with consumers. Regenerative farmers need to prioritise ‘anything you can do to reach consumers directly and communicate your unique proposition, and that proposition really needs to be less and less chemicals,’ he says.

Photo by Gabriel Jimenez on Unsplash