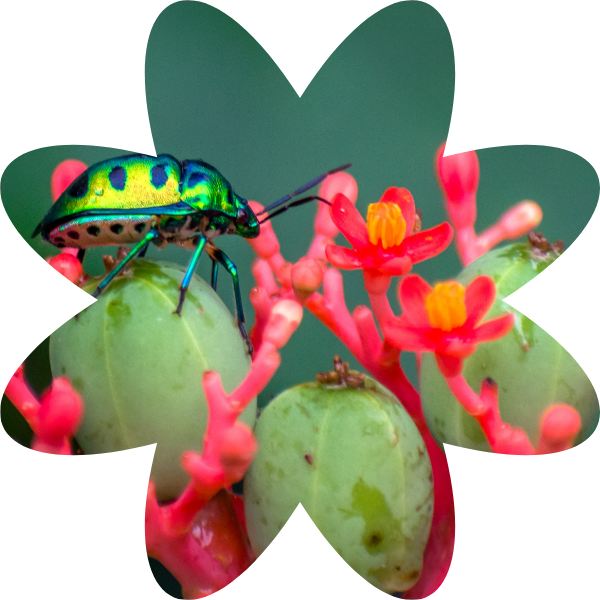 Artist collective the Institute of Queer Ecology (IQECO) is trying to find out. Billed as a ‘collaborative organism looking to find and create alternatives’, IQECO was introduced as an inconspicuous Instagram profile at the beginning of 2017.

“I started the Institute on my own in a moment of exploration of speculative futures—I didn't imagine that it would spiral in this beautiful way,” says Lee Pivnik, interdisciplinary artist and founder of the Institute of Queer Ecology.

With over 100 participants working with IQECO since its founding, this decentralised cooperative creates diverse exhibitions, artworks and experiences with a basis in a diverse range of disciplines including environmental justice, ecofeminism and queer geography.

Fundamentally, queer ecology proposes a framework to reimagine strongly held dualisms that humans have over nature and culture, namely distinctions between what is natural and unnatural or human and not human.

By using the lens of queer ecology, notions that position heterosexuality as synonymous with the concept of “natural” are eschewed in favour of a more holistic approach that appreciates the diversity found within the natural world.

For Pivnik, queer ecology is all about relationships. “The beautiful thing I take from queerness is this ability to remake yourself and your relations to things, whether it be a chosen family or a broadening of identity,” says Pivnik.

“At the core of IQECO is this desire to rethink how we relate to other living things, as well as how we think of our own identities in relation to the multi-species family we find ourselves in.”

Nicolas Baird, an artist and researcher at the Natural History Museum in Berlin and frequent IQECO collaborator, echos these beliefs. “Even the choice of the name ‘Institute’, is a bit of a Trojan Horse,” says Baird.

“We’re not much of an Institute, we’re kind of passing as one. It's been a benefit and a constant conflict for the project where I think people reach out thinking it's something the size of an institution—IQECO is just comprised of artists who all have other jobs.”

From a three-part film series named Metamorphosis, narrated by artists Mykki Blanco and Danny Orlowski, and modelled after the life cycles of holometabolous bugs which undergo a complete metamorphosis to survive, to making dyed orchid fuchsia jumpsuits adorned with custom embroidered patches, in a nod to the history of the colour purple in queer movements; IQECO’s work transcends traditional mediums.

The recent digital project titled H.O.R.I.Z.O.N. (Habitat One: Regenerative Interconnected Zone of Nurture) takes the shape of a multiplayer space for people to come together and build a virtual queer commune. Modelled on bygone gay communities like the Lavender Hill commune that thrived in 1970s New York, H.O.R.I.Z.O.N. offers a sprawling landscape for visitors to roam and was produced in partnership with the Guggenheim Museum.

“That was truly a pandemic blessing,” Pivnik says of H.O.R.I.Z.O.N. “In the first couple of weeks of March [last year], I watched most projects we had planned for the year being canceled.”

Then, the Guggenheim reached out at the end of March with an invitation to make something new with the public programs team. “Let's create something where we're saying less and the audience is saying more. It doesn't feel like a lecture to a group of people, but an opportunity for our community to speak back through the Institute,” he says.

The result was H.O.R.I.Z.O.N. After exploring forests to find information on wildlife and testing new recipes in the kitchen, users have the opportunity to add their own unique contributions to the open library. “People could upload their own works into it and be the ones actually sharing their thoughts and voices to make the digital commune of H.O.R.I.Z.O.N. come alive,” says Pivnik.

Born out of Darwinian evolutionary theory, the survival of the fittest mentality has lazily spread into economics and social theory according to Baird. “But it's a product of science history, it’s a theory that was produced in a certain context in a certain part of the world at a certain time,” he says.

Queer ecology, in taking an alternative stance to such entrenched theories, provides a path towards new, different futures. “They allow us ways of seeing the world we are in again, and give us a backdoor out of mentalities that are structured in Western capitalist societies.”

Attracted to IQECO by the opportunity to find common ground between science, queerness and art, Baird found bridging these fields to be no small feat. “The hurdles and struggles that I've been dealing with lately have to do with translating between the languages of art, queerness and science,” he says. While they all have incredibly complex and beautiful histories, they haven’t been mutually informed for centuries.

Baird found the Institute a be an ideal place to learn from divergent fields all at once. “It’s super exciting doing these sort of large scale projects with other people in the Institute,” concludes Baird. “Once you've set a sort of stage, there’s a freedom that comes from letting go and seeing what other people bring to the table—that’s the whole fun of it.”

Photo by Sonika Agarwal on Unsplash