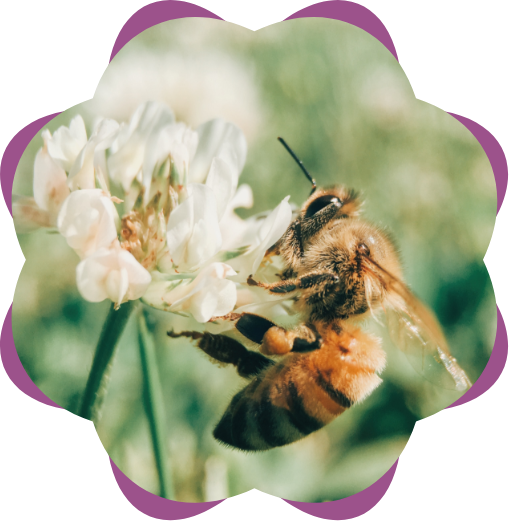 The promise of honey

Beekeeping clubs are making a buzz—but how do you really save the bees? | By Cassie Doney

Karl Colyer had been an engineer, a hypnotherapist, and a bomb disposal expert. “That’s a job you don’t get a second chance at,” he laughs. The escape from his high-stress careers came in the form of his hives. His company, Bees in Our Community, builds eco-friendly hives and helps wannabe apiarists start their own colonies. He hasn’t looked back since: “I feel richer than ever before, happier than ever before.”

And there are plenty of wannabe apiarists around. “There’s been a huge rise,” explains Jenny Shaw, general secretary of the Welsh Beekeeping Association (WBKA). “When we first started beekeeping 30 years ago, there were about 30 beekeepers in the local association. Now there’s over 150, and most of that rise has been over the last 15 years or so. We keep thinking it will slow down.” But it doesn’t—with each passing year, she says, more and more people get in touch to ask about keeping their own bees.

Today, there are over 175 beekeeping clubs throughout the UK and the British Beekeepers Association (BBKA) boasts a membership of over 26,000 (including Colyer). Anne Rowberry, the chair, explains that part of what the association does is supporting and educating budding beekeepers.

The next generation is a particular focus—they have a thriving schools programme which aims to incorporate beekeeping skills into the national curriculum, with children keeping a hive on site and learning how to care for the bees. One former student of the programme has even gone on to study entomology after becoming fascinated with the creatures.

Even for experienced keepers, though, there is always more to learn. “The man who says he knows everything about bees is a liar,” Graham Caines tells me. As the chair of his local club—the West Cornwall Beekeepers Association—he helps to organise local courses for all levels of apiarists. He too has seen an increase in members in the eight years he’s kept bees. “We’ve certainly had quite a few new people coming along. We have something around 200 members now.”

Bees are a social animal, living in communities, and so perhaps it’s only fitting that communities should spring up around them. One such community is the charity group Bees and Refugees, founded by Ali Alzein who came to the UK in 2014. His grandfather had kept bees in Syria. After experiencing anxiety and PTSD, Alzein decided to continue the tradition. “I started with one beehive in 2019 and I realised that keeping bees was really helping me with my mental health and the therapeutic aspects of keeping bees.”

Inspired by his own experiences, he started the charity, which teaches beekeeping skills to refugees, local communities, and school groups by using hives placed in London’s farms and green spaces. He feels a kinship with the bees; “I realised that bees and refugees kind of work together—especially because bees are endangered, just like us. They’re two vulnerable groups.”

In all, it’s easy to see why the hobby that appeals—the sense of community, the mental health benefits and of course, the promise of honey, which Colyer calls “the nectar of the gods”. But what of the environmental benefits? It feels like we’re constantly bombarded with catchy slogans about 'Saving the Bees', and keeping a hive full of thousands of them seems like the logical next step. However, all of the beekeepers I speak to share one opinion—that beekeeping, in and of itself, is not an environmental cure-all.

“I would always say you don’t boost the bee population by being a beekeeper,” explains Rowberry, “you boost it by thinking about what bees need and what you can actually do, like what you grow in your garden and what pesticides you spray on your roses. The answer isn’t to get bees, the answer is to help bees by helping the environment.”

In fact, beekeeping without the proper resources or consideration—like keeping bees in an area with very little greenery, or even taking too much of their honey thereby forcing the bees to continually collect more pollen than they otherwise would—can actually be harmful.

According to Friends of the Earth, 35 species of bee in the UK are under threat of extinction, and having to compete for scarce resources can tip them just that bit further towards the edge. “If you just go out and we increase the population of honeybees—which is the one we can increase—then we’re putting pressure on resources that are limited,” Shaw says. “Everything has to be in balance. Nature needs to be in balance, and it’s really affected by the habitat changes that we've wrought.”

A major part of belonging to an association is helping to redress that balance. At the time of writing, BBKA has encouraged its members to write to their MPs regarding the proposed use of neonic pesticides on sugar beet crops. “We try to get involved in things that are positive and will help the environment,” says Rowberry. “We were right behind the campaign to grow wildflowers on the edges of roads and on roundabouts and any space which normally just has grass, as a place for all pollinators.” WKBA is involved in similar schemes—their efforts help support the work of the national Bee Friendly initiative, organised by Wales Biodiversity Partnership, which aims to make Wales a completely pollinator-friendly country by decreasing pesticide use and increasing the amount of habitat for insects like bees, butterflies, and hoverflies.

But none of this should quell anyone’s desire to keep bees—having a hive can make you more aware of what bees need, and therefore more likely to care for the needs of all pollinators. Not to mention the fact that the allure of beekeeping seems to go far beyond simple environmental do-goodism. Everyone I speak to talks about the bees as if they’re some sort of mythical, otherworldly creature. “The more you learn about the bees, the more you grow fascinated with how majestic and how interesting they are,” Alzein says.

“As humans we can understand other mammals, but social insects are a different beast,” Shaw adds. “They do things that we don't understand. They are hardwired in a different way than we are.”

Photo by Aaron Burden on Unsplash