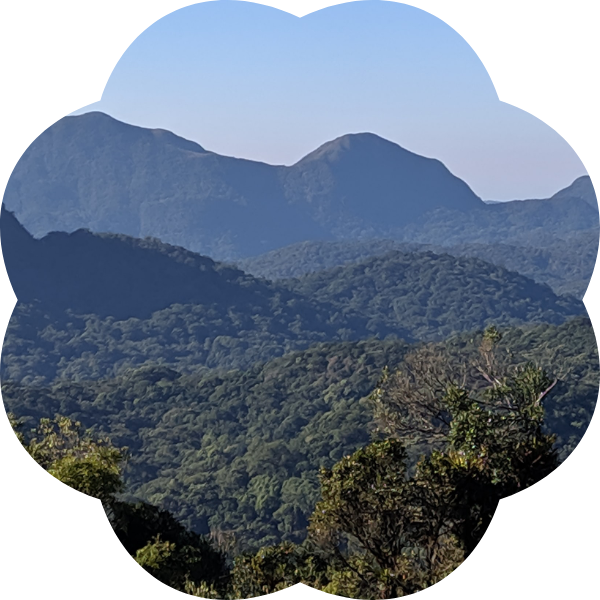 In Brazil, drones are helping regrow the Atlantic Forest

Restoring the Juçara palm from above | By Lobato Felizola

Designed for military purposes, the unmanned aerial vehicle (UAV) was inspired by German flying bombs. Over the years, this technology has evolved and drones are now used by civilians for a range of purposes, from filming to light shows.

In Brazil, scientists from São Paulo have transformed drones into a kind of agricultural war machine. Their goal: to save a species of palm tree in the Atlantic Forest from extinction. The Atlantic Forest—which stretches across much of Brazil's southeastern shoreline—is the most devastated biome in the country, with only 12% of its original vegetation remaining.

But now, every day, two drones launch “seed bombs” of juçara palm (Euterpe Edulis) down onto parks and ecological reserves.

Known as the "queen of the Atlantic Forest" for its magnificence and size, up to 15 meters high, the juçara palm produces fruits that are consumed by around 70 species of birds, mammals, and insects. Toucans, thrushes, monkeys, and bats, for example, are responsible for spreading the fruit's seeds throughout the forest, helping the tree to sprout and develop easily across the region. However, this natural cycle has been hampered by years of predatory palm exploitation.

The heart of palm is a desired commodity, and its extraction has put the species at risk of extinction because the plant dies when it is cut (unlike other types of palm). Heart of palm extraction is technically prohibited but still continues illegally.

“We used to organize a group and spend 15 days camping in the forest for extracting the heart of palm. It was the main income to support our family. It was an activity that yielded more profit than working as a houseworker, for example”, recalls Antônio Furquim Neto, 51, a former palm tree extractor who now exploits juçara in a sustainable way in Eldorado municipality, about 220 kilometres from São Paulo.

Antônio began to cultivate the juçara on his own land, following the initiative of small farmers from more than 100 communities in the region. Instead of the hearts of palm, they started to focus on the fruits, very similar to the açaí that originates in the Amazon rainforest. But the juçara fruit itself is not commercialized, this is because before being consumed it needs to be beaten in a machine and turned into a pulp.

Fruit seeds leftover from this process return to the forest in a repopulation project carried out by the Fundação Florestal, which is linked to the São Paulo government, and buys the seeds from rural producers. “The program comes to exalt the palm tree, its fruits, its pulp and its importance to nature, through the inversion of values: reducing palm heart extraction with the gain from the pulp”, points out Carolina Kors, an environmental specialist on the project.

Before drones came onto the scene, the institution tested, in late 2020, the dispersal of seeds from a helicopter. According to specialists, 200,000 new plants were generated, one per square meter of the sown area as the seeds fell to the ground homogeneously.

This year, researchers found a more sustainable and cost-effective solution when they discovered agricultural drone companies that could adapt their technologies to launch seeds. In 2021, the goal is to repopulate 600 hectares with 30 tons of seeds dispersed acrossed 17 state parks and reserves.

Over the next 10 years, their ambition is to plant the juçara palm across 48,000 hectares of public land, mainly on the banks of rivers and springs because those trees have an important role in the vegetation of floodable areas as they help to prevent siltation and preserve water quality. What's more, according to experts, juçara is especially well adapted to mountainous terrain and eroded soil.

Juçara palms produce fruit after between six and ten years and ripening occurs at different times. This characteristic variability favours a continuous production of pulp, making it possible to offer the product for a longer period. “So far, a large part of the pulp is consumed in the communities, but it has the potential to access other markets in the future”, says Kors.

The producers are betting on the success of the juçara pulp, which has already been incorporated onto the menu of a number of schools across São Paulo. In fact, juçara fruits are rich in mineral nutrients, such as potassium, iron, and zinc. They also contain anthocyanins, antioxidants that improve blood circulation and protect the body against building-up fatty plaque. Other benefits are thought to  include delaying ageing signs, such as loss of memory, coordination, and vision.

Photo by Vinicius Bustamante on Unsplash

How the stork sister raised an army of 400 women Is climate activism a coping strategy?
Previous post
Next post