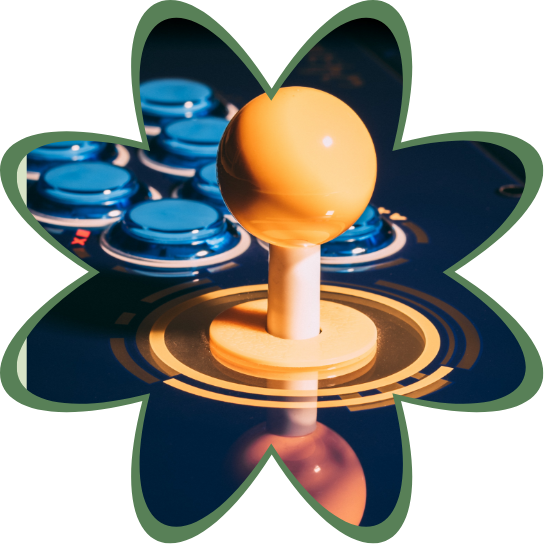 When players of EA Games’ long-running title The Sims downloaded the latest expansion pack, their simulated worlds were given an eco-conscious upgrade. The Sims 4: Eco Lifestyle allows gamers to move their characters into ripe-for-regeneration neighbourhoods, switching consumption-heavy lifestyles for a reduce-reuse-recycle mantra and offering virtual efforts to improve the pixelated environment.

But why was one of the world’s best-selling video game series promoting a greener lifestyle?

Last September, 21 influential games industry companies, including Microsoft, Google and Sony Entertainment, signed onto the UN Environment ‘Playing for the Planet’ programme, promising, alongside reducing emissions, to “help gamers make meaningful change of their own” through in-game “green nudges”. The aim was to shape the behaviour of the 2.7 billion-strong global gaming community by normalising eco-consciousness.

‘Nudging’ is a term used to describe changing the architecture of our choices to influence how we act. Behavioural scientists use it to encourage certain actions or thoughts without using direct commands. In practise, this can be as simple as reducing the number of choices that someone is presented with, such as in a 2008 study where consumers were found more likely to pick renewable energy providers when they were the default option.

Although EA Games was absent from the signatories of 'Playing for the planet', the developer’s new Sims expansion sits at the fore of a growing collection of eco-active titles ‘nudging’ players towards environmental awareness. Desertopia is another game that has allowed mobile players to pick up trash on virtual islands while E-Line Media’s title, Beyond Blue, brought the wonders of the ocean—and our impact on them—to Xbox and PlayStation 4 players, unrolling a narrative of virtual underwater exploration alongside video footage from the BBC series Blue Planet II.

"The aim was to shape the behaviour of the 2.7 billion-strong global gaming community."

In the UN gaming report, proposed ‘nudges’ took multiple forms: they could be simple in-game notifications offerings reward for turning off your console (rather than placing it on standby) but also included equipping players with the skills to solve real-world problems through gameplay.

Research on documentaries has already shown that particular medium’s capacity to increase environmental sensitivity in viewers and to change viewers’ behaviour in that regard. Bur unlike film or literature, the immersive aspect of video games, and their ability to provide feedback on player decisions, offers a unique interactive environment which developers see as ripe for implanting ecology education.

“Games are unique” says Alan Gershenfeld, the president and co-founder of E-Line Media. “They’re interactive and participatory. You have the agency to move into a problem space and you get feedback from the game. They’re inherently powerful learning systems”.

At Strange Loop Games, those multifaceted benefits have inspired a game in which the immersive experience is solely aimed at nudging players towards sustainable thinking. Eco was developed as a learning tool (and part-funded by the US Department of Education) but since early access launch has won praise from critics and consumers alike. The online game sees players collaborating to build a civilization. Running against the clock (a meteor is on course to collide with your home world) players must work together, through self-run government and economy, to create a society capable of withstanding avoid oncoming catastrophe. The catch? For every action, there’s also an environmental consequence.

"The game gives you this landscape to experiment with different approaches." - John Krajewski

Strange Loop’s founder, John Krajewski, sees the success of Eco in transcending the dichotomy between entertainment and education, by encouraging players to confront real-world problems within the ‘magic circle’ of a game. “The techniques and the science [players] use to understand how the ecosystem impacts their economy applies to the real world as well,” he says. “The game gives you this landscape to experiment with different approaches. Eco is an introduction to the complexities of the climate crisis.”

Early research indicates that Eco reinforces and contextualises players' environmental literacy, potentially improving understanding of ecosystem complexity (although the small field of players studied tended to see the game as teaching others, rather than themselves). The question that follows is whether this in-game learning transforms into real-world action.

However, eco-positive titles are still niche and  dwarfed by the success of mainstream titles. Alenda Chang, associate professor of film and media studies at the University of California, Santa Barbara, has argued that video games should be understood as a reflection of a more general cultural response to the climate crisis. For her, in-game exploitation of natural environments (such as hunting in Red Dead Redemption II or mining in The Elder Scrolls 5: Skyrim) is indicative of a certain indifference to the world that we live in.

“A mainstream blockbuster game involves really realistic people. Huge amounts of money and labour have been put into modelling hair and skin, but less attention is paid to aspects of the natural environment, which are like theatre sets.” She says, “I’d like us to have a conscientiousness about the way games depict or operationalize the environment.”

She points to the time and care gaming communities have dedicated to modding popular titles, adding missing flora and fauna, as a sign of the community's consideration for the virtual environment.

As digital downloads and streaming have become the norm, players no longer just have the option of selected titles at their local shop—digital libraries like Steam and Itch.io offer thousands of indie games at a flick of the analog stick. It’s a change that’s increased both the number of games available and the diversity of players involved, giving space to more thoughtful titles as well as more thoughtful playing.

E-Line Media’s 2014 Never Alone (Kisima Ingitchunai) has been bought more than 4 million times. Developed in collaboration with the Alaska Native Iñupiat people, during gameplay, insightful video footage of that community is unlocked. On release, the developers were shocked by the positive reception received by the footage. When you’re playing a level and experience something unique, you can watch a film about what inspired that moment," says Gershenfeld. “It turned out that, even among hardcore gamers, it was one of the best reviewed aspects of the game – and it was optional”.

It’s not just building, nurturing and caring that offer memorable experiences—players of SimCity and Civilisations might also get emotional when a perfectly planned city is wiped out by a natural disaster. “It’s also about destruction and chaos and havoc,” says Chang, “and the kinds of emotions and consequences that you can explore which can’t be replicated in the real world”.

Titles like Third World Farmer have found an unlikely audience in developed countries, as gamers attempt to survive in the face of illness, extreme weather and fluctuating crop prices. The question is whether framing these troubles in the ‘magic circle’ of a game actually separates the catastrophe from reality.

Does it actually work?

The biggest threat to the idea behind green nudging is whether it actually works. Developers like Krajewski and Gershenfeld are adamant it does, although both recognise that the games can only play a small part in a much larger, multifaceted solution.

Environmental ills are rarely fixed by simple diagnostics and cause-effect actions. For Chang, simplification doesn’t negate impact: “All games are essentially oversimplifications of some kind of environment or process, but the trick is to do it in an interesting and revealing way.” In her book, Playing Nature, she tracks the popularity of heavily-stylised indie games like Firewatch which eschew the ‘billboard’ realism of mainstream releases for environments that offer more immersive interactions with nature.

As green nudging and eco-focused gaming edge towards the mainstream, the question of whether video games can save the planet will keep popping up. “Can games save the world? The short answer is no, or at least not in isolation,” says Chang. “But if we can make the platforms we have richer, and more meaningful, and provide the provocations for the idea of how we can live better on a planet – with all the other things cohabiting with us – then I’m hopeful.”

Photo by Thomas Despeyroux on Unsplash