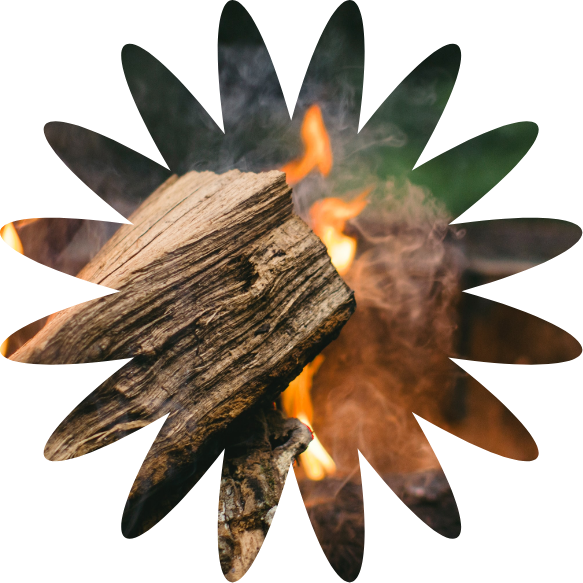 Cooking is an important part of human subsistence. Much of the world is fortunate to live in a situation where access to modern, safe cookware (stoves, ovens and microwaves) is unhindered.

However, this is not true for over 2.5 billion people—primarily living in sub-Saharan Africa and the developing economies of Asia. Due to varying circumstances, they often have to cook with inefficient stoves and toxic fuels. Sometimes, open fires are often the only option they have between eating and not eating. The impact on their health and the environment is immense.

Refugees, internally displaced people (IDPs), and persons living in crisis-affected region—around 59 million people worldwide—are disproportionately impacted by the consequences of inefficient cooking technology. Living in temporary housing and camps, IDPs and refugees are often provided with food rations from humanitarian aid groups. However, this food still needs to be cooked. Without access to modern cookstoves or fuel sources, displaced individuals are forced to seek cooking fuel from wherever they can find it. This often means collecting firewood from surrounding forests or burning substances such as charcoal and plastic tarps.

This lack of access to a reliable cooking source and a dependence on firewood creates a number of challenges. Radha Muthia, CEO of Clean Cooking Alliance (CCA), speaks to the gravity of the situation: “Far too many people affected by crises must risk their health, safety, and livelihoods to cook a meal for their families. Toxic smoke from cooking fires damages lungs. Walking long distances to gather fuel increases exposure to the risk of gender-based violence. Time poverty limits economic and educational opportunities.”

While many areas around refugee settlements experience mass deforestation and a rise in air pollution, the impact on human populations is also severe. Cooking over an open fire with toxic fuels poses serious health risks. Household air pollution (HAP), a side effect of cooking with toxic fuels and open fires, can result in severe health consequences, such as strokes, childhood pneumonia, and lung cancer.

The safety of women and children, who are often responsible for collecting firewood, is also endangered by the inability to access clean cooking systems. They often have to walk long distances and carry loads of up to 20kg back to camp. Not only is this task time-consuming and physically exhausting, walking these long distances to collect wood puts them at risk of rape and assault. In Doro, South Sudan, 54% of refugee participants in 2012 reported incidents of violence against women in firewood collection places, while in Darfur, 82% of the rape cases treated by Médecins Sans Frontières (MSF) occurred when women left the IDP camps in search of firewood.

"Far too many people affected by crises must risk their health, safety, and livelihoods to cook a meal for their families" - Radha Muthia

Over the past decade, numerous initiatives, like the CCA, have been conducting research in pursuit of discovering innovative cooking solutions. International humanitarian organisations have partnered with on-the-ground initiatives to develop eco-friendly solutions ranging from solar powered cookers to alternative biogases in crisis-affected regions.

In Ethiopia, the dependency of the refugee population on firewood for cooking— approximately 900,000 people—has caused tensions between the host communities and refugees, resulted in deforestation, and led to chronic health problems. The Gaia Association, an Ethiopian NGO, introduced ethanol—a clean liquid biofuel—as an alternative to firewood and charcoal, which resulted in an 89% reduction in firewood consumption alongside a reduction in the respiratory health risks caused by smoky, open fires.

“We always eat clean food now. We no longer have smoke irritating our eyes, and our houses are clean and don't smell of smoke anymore.” - Refugee in Ethiopia

Displaced communities in Gaza are turning to animal dung as a cooking alternative. Families often have to wait in long lines to access cooking gas, only to be turned away because the gas is in short supply. However, in many of the rural and Bedouin communities, livestock provides sufficient waste for biogas. Using animal dung has provided a clean fuel alternative to wood, plastic, or purchased fuel.

In response to the arrival of Rohingya refugees in Cox’s Bazar, Bangladesh, a joint project was assembled to counter the extensive collection of firewood from local forests. Liquefied petroleum gas (LPG) and improved cooking stoves were distributed among both refugee and local communities. The demand for firewood among Rohingya families has now dropped by around 80% per household. Local demand for firewood has dropped from 95,000 tons of firewood to 37,000 tons following the launch of the LPG distribution program.

The response to these programs has largely been positive among refugee communities. One recipient of the stove and ethanol from the Gaia Association in Ethiopia noted: “We always eat clean food now. We no longer have smoke irritating our eyes, and our houses are clean and don't smell of smoke anymore.”

The potential of solar power

Solar grids are emerging as another sustainable innovation in refugee camps. One of the biggest obstacles to clean cooking access for many refugees is the lack of electricity. Connecting camps to solar grids won’t just provide a solution for clean cooking, it will also improve safety, expand business opportunities, and increase productivity. The Global Plan of Action for Sustainable Energy in Situations of Displacement, or GPA, aims to remove barriers to energy access in humanitarian settings and connect all camps to the electric grid by 2030.

Another international development organisation, Practical Action, is working to provide solar-powered energy to 10,000 refugees in Jordan and 50,000 refugees Rwanda. In Djibouti, a joint effort between the World Food Program (WFP), UNHCR Djibouti, and the German Foreign Ministry, is working to bring sustainable energy to refugee camps. Holl-Holl, the second largest camp in the country, successfully replaced all of their unsustainable diesel generators with solar powered systems in the space of just three years.

Since 2012, a project in Burkina Faso has started to explore solar cookers for three refugee camps. One of the cookers, named the Blazing Tube, uses a solar reflector to generate heat, which is then transferred to an electronic glass tube containing vegetable oil. The cooker heats up a connected cooking pot and the unit even has a useful container, which keeps the food warm for hours.

Although innovative technology is important to achieving sustainable cooking solutions, there are other practices that are key to ensuring the programs are successful. Sustained funding, community investment, training, and government cooperation are just as necessary.

The impact is hard to dispute. Participants report cleaner kitchens, increased time to work and take care of their families, and a greater sense of pride. Reliable access to clean, safe cooking sources is a basic need and should continue to be a central focus of energy-based research in the future.