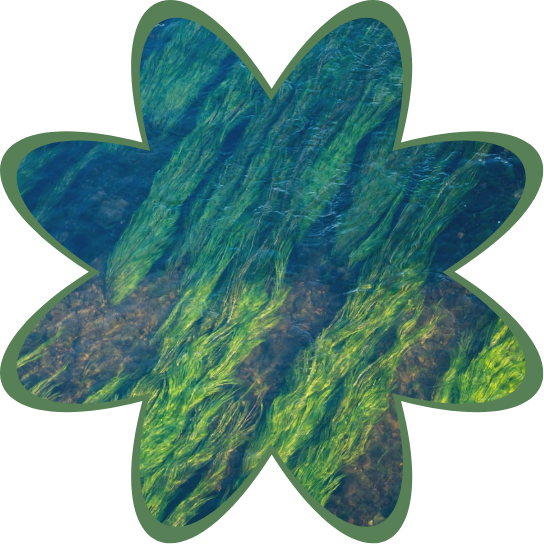 What climate science reveals about carbon emissions and global warming is not new, and nor are the concerted efforts of environmentalists, climate scientists and ecological conservationists working to mitigate the already disastrous effects of climate change.

Yet, in recent years, increasing attention has been paid to what may become a powerful tool in overturning environmental collapse: seagrass, a flowering subaquatic plant that has the capacity to correct several of the major environmental issues we currently face.

Seagrass covers approximately 0.2% of the ocean floor, yet it accounts for 10% of the earth’s annual carbon storage

Unfortunately, seagrass meadows are also among the most threatened ecosystems on earth, with many areas already badly damaged by human interference, including pollution, overfishing and the mechanical destruction of marine habitats, which makes their restoration vital to global environmental protection.

So what is seagrass and what does it do?

As incredibly productive and biodiverse environments, seagrass meadows play a significant role in the health of shallow-water and coastal marine ecosystems. Categorised into roughly 60 species of marine grasses, these meadows have historically carpeted the seafloor of most coastlines, though their prevalence globally has significantly diminished over the last century.

Research suggests that seagrasses have the potential to re-grow along almost any coastline, except Antarctica, while also providing several simultaneous ecosystem services: they stabilise coastlines against erosion with extensive underground root and rhizome systems; their grasses filter and clean the ocean by absorbing pollutants, while also oxygenating ocean water via photosynthesis. Seagrass meadows provide habitats and nurseries for several marine animals, invertebrates and fish species, including many that supply fisheries.

How does seagrass help to stop climate change?

Seagrasses are one of the most effective natural carbon sinks, absorbing and trapping greenhouse gas and carbon emissions at a rate nearly double that of both temperate and tropical forests. Seagrass covers approximately 0.2% of the ocean floor, yet it accounts for 10% of the earth’s annual carbon storage, sequestering an estimated 27.4 million tonnes of CO₂ annually.

While many ecosystems can trap and store large amounts of carbon — notably, terrestrial forests, as well as mangrove forests and peat bogs — seagrasses offer the added benefit of being less likely to re-release carbon into the atmosphere if left undisturbed, as when they die, their carbon is stored in sediment beneath the ocean floor where it can be held for up to thousands of years. As with many natural carbon storage environments, trapped carbon is only released into the atmosphere when these ecosystems are disrupted.

How is seagrass being protected?

At present, most seagrass conservation initiatives are localised by region. Though there have been various analyses of the widespread significance of seagrasses to the climate — the 2012 report "Seagrass ecosystems as a globally significant carbon stock” is one major global analysis — a further global study of seagrass ecology may be crucial to undertake restoration at the scale required to seriously tackle climate warming.

That said, most practitioners maintain that it is at the local level where seagrass conservation and management is most effective. Two such regional initiatives are Project Seagrass, an ecological venture jointly supported by Cardiff University, Swansea University and WWF, whose major project currently focuses on the large-scale restoration of a seagrass bed off the coast of Pembrokeshire, Wales; and the Seagrass Conservation Working Group (SCWG) of the Canadian Pacific Northwest, which focuses on the conservation, monitoring and management of eelgrass, a seagrass species common to areas of North America.

Project Seagrass’ largest project, Seagrass Ocean Rescue, is an ongoing effort to restore a two hectare underwater seagrass meadow by manually planting approximately one million collected seeds into the ocean floor. The project involves professional divers, scientific researchers, school children, local leaders, and the non-scientific community at large in order to engage and educate the public, which Project Seagrass emphasises is crucial to a sustainable method of environmental conservation.

Furthermore, marine biologists on the Seagrass Ocean Rescue project have determined that, while seagrass meadows may re-grow naturally if their habitats are left undisturbed by human activity, the huge losses of seagrass along the British coast is such that positive human intervention — in the form of careful restoration — is an indispensable part of preserving these essential habitats, and employing an all-hands-on-deck methodology is increasingly necessary.

The idea is that, the more the general public is invited to take part, the more citizens are enabled to participate responsibly and knowledgeably in sustainable ecological practices.

On the coast of British Columbia, the SCWG similarly emphasises community involvement as key to successful seagrass conservation, working between efforts to conserve (mapping, monitoring and researching seagrass) and restore (replanting seagrass shoots and seeds where they have historically grown). As a projects-based organisation, SCWG typically works in partnership with other localised conservation programmes, such as the Sunshine Coast Eelgrass Monitoring Programme and the Gulf Islands National Park Reserve, which also facilitate coastal community groups of conservationists, ‘citizen scientists’ and environmental stewards in the protection of eelgrass (a type of seagrass) along the Pacific Northwest. Much of this work involves collecting data and information on specific habitats in order to monitor and manage environmental changes.

The idea is that, the more the general public is invited to take part, the more citizens are enabled to participate responsibly and knowledgeably in sustainable ecological practices. These programmes additionally prioritise the consultation and involvement of First Nations in British Columbia, an important component of many environmental conservation projects in Canada.

So what’s the bottom line?

Seagrasses, otherwise known as blue carbon habitats (so named for the carbon that is effectively stored beneath the ocean) are crucial to mitigating climate change and biodiversity collapse. Though both the atmosphere and the ocean are warming at alarming rates, and mostly due to the damaging effects of human industry, it is a comfort that some of the best solutions to climate warming can be found in the ocean itself.

Even more comforting, still, is that there are numerous committed seagrass protection groups working to conserve and restore ecosystems of such colossal importance to the environment. Yet, while community engagement is an exciting means of regenerating seagrass health in many nearshore regions globally, an equally important step in the revitalisation of seagrass ecosystems might be to better integrate on-the-ground initiatives into the larger picture of governmental policy making, which has the potential to not only implement large-scale restoration strategies, but also to implement preventative restrictions to the human-led activity that threatens seagrass vitality in the first place.

There is still much work to be done in the field of seagrass conservation, but what all of these initiatives have in common is an unwavering commitment to working together across communities in essential acts of environmental protection.

Learn about the organisation looking to stop the loss of seagrasses and consider donating: https://www.projectseagrass.org/

If you're in British Columbia, take part in a local restoration or stewardship scheme: https://seagrassconservation.org/