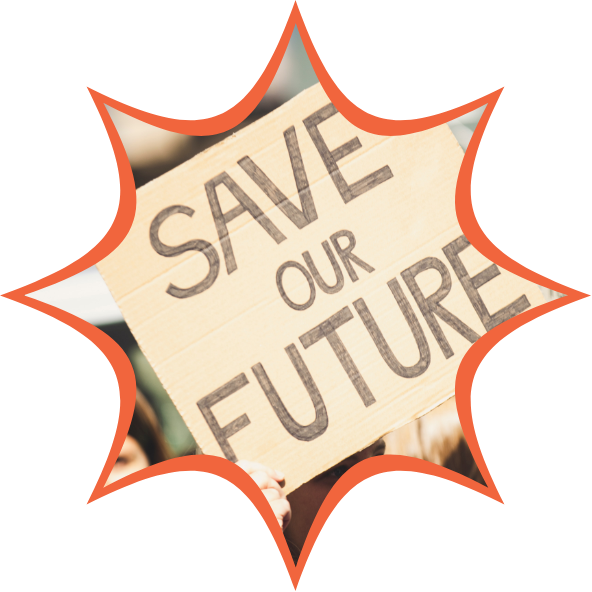 School strikes and XR changed the conversation around climate. But did politicians do anything? | By Adam England

“It’s my view now that legal protest is only legal because it’s not a serious threat to our existing economic and political systems [which are] the real source of the climate crisis. Although the climate strikes were important for raising awareness, I’d argue that the changes they brought about were quite abstract and didn’t actually stop any kind of environmental destruction.”

I’m speaking to Hannah (not her real name), a climate strike organiser here in the UK, as she looks back and evaluates the success of those actions. Though Covid-19 has halted the student climate strike movement, it certainly made an impression over the last couple of years, capturing the imagination and transforming conversations around climate change.

The strikes spread from Sweden to all over the world, and the UK was no exception.

The UK Student Climate Network's Anita Okunde—highlighted as one of Greenpeace’s ‘young people of colour fighting for our planet’—says that “there’s a reason why the movement has grown and that is because climate change is still happening—the effects are here. We’ve spread awareness for years—now it’s time to see change. We'll continue to strike, shout and speak in our multitude that only grows, until we see change.”

However, the protests do also receive pushback. I spoke to Alice Stockwell, leader of Extinction Rebellion (XR) Shrewsbury Youth, about her experiences of organising the first climate strikes in the country. She says that when taking part in the strike of November 2019, “a group of intoxicated men approached our group of 30-40 people and started shouting extremism and throwing rubbish at us.”

That sort of abuse is commonplace and "it leaves you wondering if you’re doing the right thing, but you know in the end that you're fighting for future generations and a cleaner, more sustainable society,” she says.

Were the strikes successful? Hannah tells me that they were “significant in raising the profile of the climate emergency in the public consciousness”, but that “on reflection, the strikes should have been opportunities to train potential activists for direct action and to educate ourselves about the most effective ways to bring about systemic change.”

Some activists emphasise the difference between demanding change and forcing change, explaining that the protests did the former when actually, the latter is necessary.

From climate activism to system change

Hannah talks to me about the need to organise against the government, who of course the majority of young climate strikers did not vote for. The generational divide in UK politics is no secret, just 16% of those aged under 24 voted for the victorious Conservatives in 2019.

Michael Jacobs, Professorial Research Fellow at the Sheffield Political Economy Research Institute and a former special adviser to the then Prime Minister Gordon Brown, would agree with the assessment that Labour have a better record when it comes to the environment. He reels off a number of positive environmental policies put in place by the Blair and Brown governments, “led by the 2000 Countryside and Rights of Way Act, the 2008 Climate Change Act and 2009 Marine and Coastal Access Act.”

“Labour’s Low Carbon Transition Plan, Renewable Energy Plan and Low Carbon Industrial Strategy (all in 2009) laid the basis for decarbonisation across the energy sector and the full range of government policies,” he continues.

The overlap between climate activism and wider political engagement is something that rings true for many young people. Many of the students involved also engage with the Black Lives Matter movement and other progressive causes. Their activism is intersectional and often anti-capitalist at its heart.

Prominent Swedish climate striker Isabelle Axelsson explains: “it's a system failure and, right now, women are not equal to men. They're most vulnerable to suffer from the climate crisis, together with indigenous people and people of colour. To be able to resolve the crisis we need to change the entire system.”

Speaking to Axelsson, she tells me that she began her climate activism by making individual changes, but soon realised that it wasn’t enough. “Politicians are the ones that need to create the change—through limiting companies”, she explains.

The question of impact

Back in the UK, have the country’s students been able to influence climate policy to any degree? Labour’s proposed Green New Deal policy, agreed upon at their national conference last year and forming part of their 2019 election campaign, was well-received by many. However, it doesn’t look as if the Conservative party—who are in a position to actually implement policy—have been quite so bold.

Throughout his time in parliament, Prime Minister Boris Johnson has ‘almost always’ voted against measures to prevent climate change, according to parliamentary monitoring website TheyWorkForYou. Though during his time as PM, he has announced plans to phase out petrol and diesel cars by 2035, and encouraged all governments to follow the UK’s lead in aiming for net-zero emissions by 2050. In September he announced his intentions for the UK to become the ‘Saudi Arabia of Wind’. And since 2015 we have also seen the introduction of plastic bag charges and a ban on plastic straws, stirrers and cotton buds. Progress is happening, albeit slower than many activists might like. But the atmosphere around and acceptance of sustainable policies has definitely approved.

The Environmental Audit Committee Chairman, Rt Hon Philip Dunne MP, told me that “the student climate strikes have shown the strong feelings of future generations about the risks from climate change in their lifetimes. All of us are becoming more aware of the consequences if we fail to act.”

“Sounding the alarm is only one part of the equation. It is also crucial that we look to real, tangible solutions. That is why my Committee is looking at technological innovations to climate change, considering renewable energy from offshore wind, hydrogen and heat pumps. This Government’s intention to be an environmental world leader is a promising step, but we must start seeing evidence of positive steps to achieve environmental targets to reach the commitment to be net-zero by 2050,” the Conservative MP for Ludlow continued.

However, Michael Jacobs—Gordon Brown's former advisor—also told me how the Conservatives have abandoned many of Labour’s policies since first winning a parliamentary majority in 2015. “At least 17 major policies, from onshore wind energy and solar feed-in tariffs to zero carbon homes and support for CCS, were rolled back or abolished,” he explains.

Unsurprisingly, many of the strikers aren’t satisfied. “The government has not been acting as though we are living in an emergency,” says Hannah. “Blinded by a love of profit and economic growth, the government are unlikely to give it all up and decarbonise—it’s time to take power back and create our own systems where we prioritise people and the planet over infinite economic growth.”