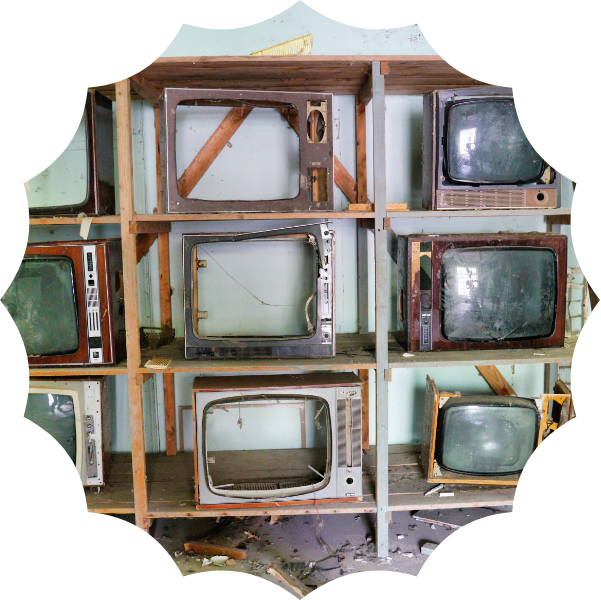 On the rise of repair cafés | By Lucrezia Lozza

“Do you think this can be repaired?”

Roman Iwanczuk has heard this question many times during events hosted by the Malvern Hills Repair Café.

Roman is a retired electrical engineer. “I've always taken things to bits to see how they work as a teenager. I've always been involved in electronics and repairing things,” he says.

Repair cafés are public events where people bring their broken devices to see if there is any hope of repairing them.

“We have a waiting area where people can get a cup of coffee or a piece of cake,” explained Roman.“They register the device. A repairer at the front desk looks into the case and they assign it to the specialised repairer.”

The environmental impact of global e-waste

At the forefront of the repair movement is The Restart Project, a UK based charity founded in 2013 by Ugo Vallauri and Janet Gunter. They were both frustrated by the culture of throwing away electronics that could still work if repaired and wanted to encourage a more conscientious form of consumption.

“Last year’s e-waste weighed substantially more than all the adults in Europe, enough to form a line 125 km long”, reads the report.

Not only that, e-waste contains all sorts of toxic materials that pollute the environment and are dangerous for humans.

“It’s just a crime, the amount that we are made to throw away,” said Roman. “We think the devices are not repairable. But you can work out how to repair them. People come to the repair cafés because they are upset they will have to throw yet another thing in the landfill”.

The Restart Project is part of the “Right to Repair” initiative, a coalition of European-based projects that push for Member States, EU Parliament and Commission to implement policies for more durable and repairable products. Their first request for policymakers was to force manufacturers to create products that are easy to disassemble and whose components can be replaced at reasonable prices.

At the core of the advocacy work of the repair movement is the belief that people should be able to make an informed decision about what they buy. The Right to Repair’s goal is for the EU to introduce a Scoring System on Repairability similar to the existing energy label. A Eurobarometer survey shows that 77% of EU citizens would prefer to repair their devices than to replace them and 79% agree that manufacturers should be legally bound to facilitate both the repair of digital devices and the provision of spare parts.

In an effort to put an end to built-in obsolescence, the UK Government has introduced new tighter repairability and energy rules for items such as fridges, washing machines and televisions. Starting this summer, manufacturers will be legally required to make spare parts available, paving the way for easier repairs. The new rules aim to reduce the 1.45 million tonnes of electrical waste the UK generates every year.

Earlier this year, France implemented a repairability index on five categories of electronic devices—smartphones, laptops, televisions, washing machines, and lawnmowers. Manufacturers are asked to self-declare to what extent their devices are repairable with a mandatory label next to the product. Those who don’t comply won’t be sanctioned until 2022, but some producers have already started publishing repairing manuals in French.

Jamie Hillier, one of The Restart Project’s London volunteer coordinators, knows exactly how difficult it is to access spare parts.

One of his first accomplishments was successfully repairing a WiFi issue in smartphones. He then moved on to fixing laptop screens, chargers and TVs.

One of the main challenges for repairers like Jamie is finding spare parts—that would extend the life of electrical appliances. For modern tech devices, spare parts are often difficult to find or so expensive that buying a new product becomes more viable.

A lack of manuals is another obstacle facing would-be repairers. Over Christmas, Roman spent over thirty hours figuring out to fix a single item.

“No business in the world would ever do that. But for me, it was just out of frustration,” he said.

“These things were going to be scrapped if I didn't do it. But I know how to do these things in the future.” Had the manufacturer given him a circuit diagram, it would have spared him days of work. The repair movement pushes for repair manuals to be made available by manufacturers not just for authorised repairers, but also for consumers.

When live repair café events stopped during the pandemic, the movement’s advocacy work didn’t. The Stay At Home measure and the increase in remote learning and working revealed the extent of the technology gap. The Restart Project supports local initiatives across the UK by asking people to donate their old laptops, computers and other electronic items. These will be fixed and then donated to those in need among local communities.

Since April 2020 Roman has been involved in a “deliver, repair, collect” launched by the Malvern Hills Repair Café and aimed at repairing essential items during the pandemic.

The key to the ethos of repair, he says, is to remember that despite appearances, our devices “don’t work like magic.”

Photo by Michał Lis on Unsplash