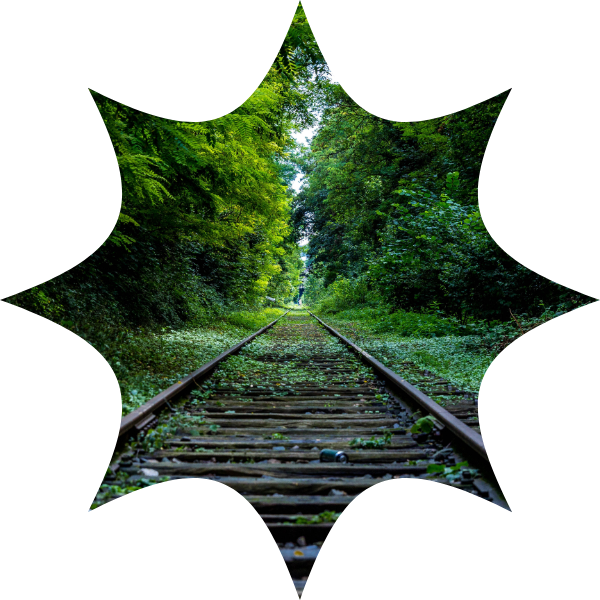 When lockdown lifts, let's not rush to get back on a plane | By Daniel Hall

In 2019, my trip home from Santiago de Chile involved eight planes. Admittedly, I’d stopped off to visit friends in Australia and a remote part of Spain on my way back to the UK, but I don’t look back at that journey fondly. Not just because of the obscene amount of damage air travel does to the environment, but making all those airport connections was stressful, tiring, and disorientating.

I’m not the only traveller who has used the seemingly never-ending series of lockdowns to reconsider how they will see the world once we find our new normal. Many of us are waking up to the reality that air travel is unsustainable. But what are the alternatives?

The most obvious replacement is train travel. Depending on your journey, taking the train can emit five or six times less CO2 than flying, cover huge distances relatively quickly, and door to door it’s sometimes even quicker. On the whole, I’d argue it’s a lot more pleasant too. No ‘speedy boarding’, no offensive blue and yellow colour schemes, and as much luggage as you want.

Europe is ready to switch

The second release of the EIB Climate survey in 2020 found that 40% of Europeans would find it easier to give up flying than meat, new clothes, streaming services, or buying a new car. The desire to switch to train travel is there. And that is reflected in recent EU policy changes. 2021 has been declared the EU Commission’s ‘Year of Rail’ and 24 EU Countries plus Norway signed a pledge to boost international rail routes in June last year.

And there’s more! In December 2020, Austria’s ÖBB, Germany’s Deutsche Bahn, France’s SNCF, and Switzerland’s SBB announced a deal to boost passenger numbers on night train services across the EU, announcing new routes between Vienna and Paris among others, as well as planned connections from Zurich to Rome and Barcelona.

A massive future for train travel

Daniel Elkan is the founder of Snowcarbon, an independent guide on how to travel to ski resorts by train. He says: “I see a massive future for train travel. The climate emergency is going to create an increasing amount of pressure on various players to make train travel easier for more people.” However, there is a problem. Daniel says that though the trains are good, the ticketing is a disaster.

“The whole train booking scenario is scandalously bad, especially when it comes to journeys from the UK to Europe. It’s an absolute tragedy that the train companies cannot get it together to create a system that’s easy for people to book independently.”

Many might be put off by difficult train booking system. But not someone like Monisha Rajesh, author of Around the World in 80 Trains. She says: “I’m so grateful I did my journey when I did because one of the issues of travelling now is Brexit. For me, it was so easy to travel through Europe. I’d just open my passport and I was through! Despite Brexit, doing a European or world trip isn’t as complex as you might think. Get your visas sorted out as soon as you can and book the biggest and most popular journeys at least three to four months in advance. Especially during peak season!”

For those who prefer to emit zero carbon yet still travel, there are, of course, other options. Helen Moat cycled from the UK to Istanbul via the banks of the Rhine and Danube Rivers. This three-and-a-half-month trip inspired her book A Time of Birds. Helen says: “Cycling is the ultimate way to travel slowly… walking is a bit too slow! But you can engage all five senses, smell what’s going on around you, feel the grass against your legs as you cycle along. It’s such a good way to travel.” She has already started planning her next cycling trip along the Baltic Sea.

Helen is an advocate of slow travel and has written a Slow Travel Guide to her home region, The Peak District. She continues: “Slow travel is not just about physically travelling slowly; it’s about really engaging with local communities. It’s about staying in a B&B rather than a hotel chain. It’s going off the beaten track, not just visiting the top attractions, but finding all those undiscovered places and being spontaneous about travel.”

Is slow travel the future?

Whether travelling by train, plane, or bike, travel is going to look very different in the ‘new normal’. Being environmentally friendly isn’t the only thing we should consider when thinking about the future of travel.

The travel and tourism sector has been decimated by Covid. That’s 1 in 10 jobs, and 10.3% of global GDP in 2019. That trickles down. Businesses all over the travel industry have gone under; from the collapse of tour operators like STA and Tucan, to the family-run taverna you visited on your trip to Santorini keeping its doors closed. Saving businesses and livelihoods means changing our travel habits.

The lockdown has given us a chance to plan more responsible and ethical travel in the future. Monisha Rajesh says: “It’s up to all of us to be really responsible and think about how we’re going to help independently owned tour operators and companies to resurrect themselves. I really hope that people are going to be more mindful of their travel.”

I will be embracing slow travel once the pandemic ends. However, I think I’ll make my first trip by train rather than bike. And I won’t be the only one! Daniel Elkan suggests taking the train from London to St. Anton in Austria and making sure you’re awake when you pass through the stunning Arlberg Valley. Monisha Rajesh has her sights set slightly further afield. Though she has ticked many great train journeys off her bucket list, she is yet to ride the Ghan in Australia. This four-day journey has been crossing the outback from Adelaide to Darwin for over 90 years, making it one of the oldest train rides in the world.

While both of those ideas sound incredible, I’m aiming to ride Japan’s bullet trains for a second time. This time heading north to the island of Hokkaido for the Sapporo Snow Festival. All that stands in the way is a 240+ hour train journey that spans Europe and Russia. Time to get planning!