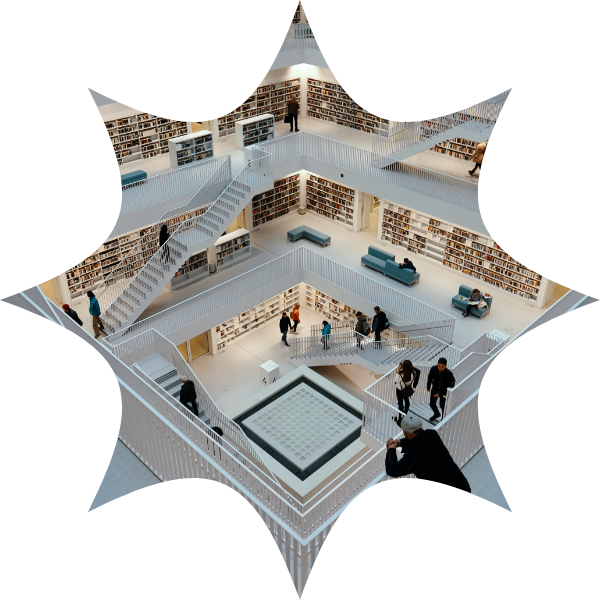 Do we have the language to describe climate change?

The climate crisis will change our world. We need new words. | By Lara Chapman

Have you ever heard of the word ‘larch’ which means “to allot time to daydreaming”? How about, ‘skiptsty’—“the act of taking two steps at a time”?

No? That's because they are the inventions of a fictional 19th-century lexicographer in the novel The Liar’s Dictionary, by Eley Williams. Throughout the book, the character treats language as a malleable material that can be moulded and enjoyed by anyone. In the novel, these wordventions are slipped into the dictionary, allowing others to recognise themselves and their experiences in them. As the narrator of The Liar's Dictionary recounts, the "false entries allowed him to plug a lexical gap, create a word for a sensation or a reality where no other word in current circulation seemed to fit the bill.”

I share this story because after reading The Liar’s Dictionary, I started to notice other lexical gaps in our language, namely around the feelings and phenomena related to the climate crisis. Often, when we are talking about climate-related topics, the words we need are not yet invented because we are trying to describe and name things that have never needed to be described before.

After all, we understand our world through words. Word-shaped sinkholes will lead to gaps in our ability to understand, communicate, educate and change behaviour.

Attempting to bring attention to, and begin to fill, this void is An Ecotopian Lexicon [AEL], a book of 30 essays and 30 artworks that explore new (to common English) words about/around the climate crisis. Edited by Matthew Schneider-Mayerson, an interdisciplinary scholar of environmental studies, and Brent Ryan Bellamy, an Assistant Professor of Speculative Literature and writer, the book aims to use words to provide us with the “conceptual tools for reckoning with the environmental, political, social, and philosophical challenges of the Anthropocene, today and in the decades to come” or, in more simple terms, to help “shape the world we live in moment by moment, act by act, word by word.” It is based on the idea that if a language changes or, indeed emerges, culture will change to reflect it. If you want to get technical, this is called ‘linguistic relativity theory’ or the Sapir-Whorf hypothesis, but in short, it posits that the language we speak directly impacts our worldview.

The 30 contributors of AEL have written essays about “loanwords”—words borrowed from another language (think of English’s use of ‘café’). The words were chosen by the authors for their potential to help readers’ develop their understanding of, and position on, ecological concepts. The entries are diverse in the languages, cultures and sources they borrow from and include words such as: ‘Misneach’—an Irish word that describes the particular type of courage needed to continue doing something when you are weary and doubtful; ‘Pa Theuan’—a Thai phrase which translates literally to “wild forest” but denotes a type of wilderness that cannot be controlled by humans; ‘hyperempathy’—a term borrowed from Octavia Butler’s sci-fi series Parable which, the essay’s author suggests, could be embraced so that we feel the pains of the planet are pains of our own; and even ‘~*~’—a translation of dolphinese (the language of dolphins) which one essay posits could be replicated by blowing on the back of one’s hand to create a tickle and could be used to more viscerally communicate the vibration of climate-based events such as earthquakes. The words are invitations to imagine different worlds.

From lack to invention

The premise of a multinational, multilingual approach to understanding, expressing and addressing the climate crisis is interesting in its suggestion that to tackle the global problem of the climate emergency, we all need to have access to the same ideas and concepts. At times the loanword-ing borders on what feels like exoticisation—which the editors also recognise, writing "we acknowledge that such borrowing, however conscientious, carries the risk of cultural appropriation". However, they argue that while being mindful of this history, it is now ecologically crucial to “learn from and think with other cultures.”

For me, the overriding tactic of a multilingual, loan-based approach to an ecological lexicon is most useful in its illustration of lack rather than as a solution to it. By showing us how other worldviews are manifested through language, the editors demonstrate that there is a lack of imagination in how anglophone society talks and thinks about the climate crisis. This translates in turn, into a lack of ability in being able to tackle it. But then, how do we overcome this lack?

"By creating and playing with language we can use words to help us make the unimaginable imaginable, the unthinkable thinkable, the slippery graspable"

In the pages of AEL another approach is more subtly presented—invention; conjuring up brand new words for our brave new world. For example, ‘solastalgia’ refers to the “the pain experienced when there is recognition that the place where one resides and that one loves is under immediate assault [...] it is a form of homesickness one gets when still at home” because that home is changing irrevocably. Solastalgia was coined by Glenn Albrecht, a conservationist and environmental philosopher after watching the effects of drought psychologically affect Australians in rural New South Wales. Since 2007, it has started gaining traction being discussed in academic journals, articles, blogs, and now has its own Wikipedia page. Recently, it has been suggested as a new word for Collins Dictionary.

‘Blockadia’ is another term that seems instantly useful and has, slowly but surely, started to circulate. It refers to the multi-pronged tactics used by environmental activists to stop the destruction of land which range from physical protests and barriers to lobbying, petitions and storming architects offices etc. It was coined by activists Melanie Jay Martin and Jesse Fruhwirth in 2013 in an article titled “Welcome to Blockadia” which detailed the multifaceted activities being used to disrupt and stop the Keystone Pipeline in North America.

Unlike loaning, the act of inventing words leans more towards a single-language lexicon (in these instances English). Despite this limitation, it feels like these words are more instantly applicable than many of their loanword counterparts in AEL. They could slip quickly into common usage without the need for much explanation and could instantly start to wrangle small but significant changes in how we think, reframing our understanding of the world today.

By creating and playing with language we can use words to help us make the unimaginable imaginable, the unthinkable thinkable, the slippery graspable. Ultimately, in whatever language we speak, we must find the right combination of letters, syllables and sounds, that are up to the task of naming the things that threaten our world and thereby allow us to confront them.

Photo by Mark Boss on Unsplash