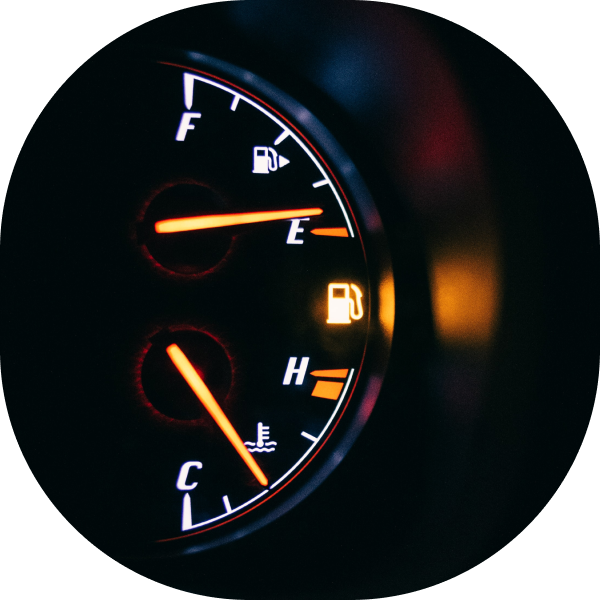 Are we creating a renewable energy caste system?

On E10, economic opportunity and environmental policy | By Misha Zala

In September 2021, the new E10 petrol – containing 10% renewable ethanol vs the current 5% – arrived on UK forecourts. The Government suggested that this would have the same impact as taking 350,000 cars off the road.

The move caught many by surprise – and those driving older, incompatible vehicles found themselves relegated to a more premium-priced Super Unleaded E5 petrol overnight. Drivers also found the fuel less efficient in terms of miles to the gallon, so they’ve been filling up more often.

Less fuel-economic cars tend to be driven by poorer people, so the E10 switch will disproportionately affect them.

The price of sustainability

Should being environmentally friendly be a privilege? Will people who don’t make ‘conscious choices’ be judged more and more harshly? Will this drive inequality further – creating a world where only the rich can enjoy expensive, locally sourced renewable goods?

Looking to the future, those who need to drive to work in a petrol car because they work unsociable hours or requires the delivery of cargo, may feel penalised. Are the current ‘Green Industrial Revolution’ plans to ban the sale of new non-electric cars by 2030 feasible? With the average electric car costing £44,000 and an average charge cost of £9.41, it’s not exactly a budget-friendly option.

A recent United Nations study: the Cambridge Sustainability Commission found that the richest 1% of global society produces double the combined carbon emissions of the poorest 50%. Perhaps the onus should on rethinking global systems of production that disproportionately cater to those who have.

It’s clearly better for the planet to use public transport, walk or cycle wherever possible. But of course, it’s not as simple as that. City dwellers and those who live in the countryside face varying degrees of problems that manifest themselves at a local level.

Rural public transport is an issue for Charlie, 22, a specialist advice refugee caseworker from Edwinstowe. “Recently, the Sherwood Arrow – the only bus service that connects us to Nottingham – was reduced and the last bus is now at 7pm, rather than 10.45pm. That bus is a lifeline for those who can’t or don’t drive, especially those who are elderly or have disabilities."

He continues: “It’s isolating and wrong from an environmental, economic, and moral standpoint; pushing people into driving, including myself. It’s increasing CO2 emissions at precisely the time we should be reducing them. And it’s sad to think of the effects cutting this route will have on people’s futures and opportunities.”

Across the UK – despite increased awareness and encouragement that reducing car journeys is better for the environment – rural bus services continue to be cut, and journeys taken have decreased. According to Better Transport’s 2018 report, many areas have faced “significant reductions in bus services … in areas like Central Bedfordshire (75%), Leicestershire (57%) and Somerset (51%).”

CO2 emissions are the main concern for Luke, 27, a programmer from Billingham. “Air quality is a huge problem in UK cities for me. When I moved to Sheffield for university, I developed severe asthma – and I didn’t have a prior history of breathing problems growing up in a suburban estate near the sea.”

But emissions and pollution are not guaranteed facts of nature. We can change the ways in which we move and consume. At the start of the pandemic, the air became cleaner in many countries, because many people were working from home and carefully planning essential journeys.

According to the International Institute for Sustainable Development, New Delhi, India – one of the most polluted cities in the world – “saw some of the cleanest air in decades. The AQI [Air Quality Index] regularly fell below 20 in March and April, due to a decrease in cars and factories shuttering.”

The report also highlighted creating more ‘walkable cities’ as a way of moving away from a car-orientated society. In Buenos Aires, Argentina, a road that “once had 20 traffic lanes now dedicates the centre of the road to buses.” This reduced commute times and traffic flow, as well as producing a lower volume of C02. In Cuenca, Ecuador, the city’s historic centre is being transformed with specific pedestrian and prioritised public transportation access.” (IDTP, 2020)

Cheaper, better-funded public transport should be central to reducing greenhouse gas emissions and preventing climate change. As Gustavo Petro, former Mayor of Bogotá famously said, "a developed country is not a place where the poor have cars. It's where the rich use public transportation.”

If rural public transport was as robust as it is in cities like London, where it costs £1.50 for a bus journey, patronage would increase. According to Better Transport, one idea that has proven successful in Europe is better-integrated transport, where consumers can take a combination of rail and bus services for a single price. That would address being able to make part of the journey by public transport, but then becoming stranded and deciding to drive instead.

They also raise solutions like “responsive provision in areas of low demand, technology to support ticketing … and harnessing community-based transport as part of the network.” Community services are already used across Scotland and these combat isolation while also supporting vulnerable groups.

The introduction of greener E10 fuel is a positive step, but its swift introduction coincided with the recent ‘fuel crisis’ and left drivers faced with a sizeable price surge.

To combat this, the Government could make adequate funding available to lower-income individuals to help encourage the use of more environmentally-friendly vehicles. Converting older vehicles’ fuel lines to support E10 petrol is also an option, should funding allow.

It’s paramount that we, as a society, ensure that renewable goods do not create additional inequalities. We must remain mindful that sustainability comes at a cost – but this price is financial, instead of costing – quite literally – the Earth.

Photo by Erik Mclean on Unsplash