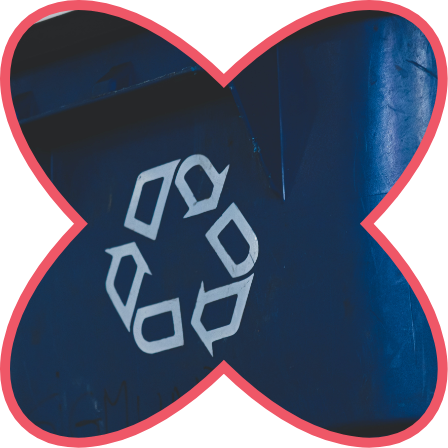 For decades, China has been the biggest importer of waste from across the world. It would process all this plastic, paper and metals and reuse it in the products that it would later export. A smart cycle that has been largely viewed—and promoted—as the environmental answer to humanity’s growing amounts of rubbish.

Recycling is also a lucrative industry—according to the Bureau of International Recycling, one worth $200bn. But does any one country want to be processing the world's trash? Have a guess.

Does the National Sword ring the bell to you? It’s a policy launched by China on 31 December 2017, and it changed the whole game. The nation, previously the centre of the global recycling trade, abruptly shut its doors to imports of recycled material. Why? Because large amounts of “dirty” and “hazardous” waste were overwhelming its processing facilities and throwing a major threat to its environment.

Which leads us to… Chaos.

“The global waste trade is essentially broken. We are sitting on vast amounts of plastic, with nowhere to send it and nothing to do with it,” says Graham Forbes, head of the global plastics campaign at Greenpeace.

G7 countries, who are responsible for the majority of principal plastic waste exports, went from selling 60 per cent of plastic of their waste exports to China and Hong Kong during the first half of 2017 to selling less than 10 per cent during the same period a year later. Their new target is Southeast Asia. There, about 25,000 recycling operators have proliferated in recent years. But many, often in Malaysia, are illegal and the lack of oversight can have severe consequences for air and water quality. In the US, meanwhile, companies have started sending recycling to landfill, the polar opposite of a circular economy. Two things happen when we send something to a landfill:

Firstly, we add to massive mountains of waste and we further limit the available amounts of already scarce resources.

Secondly, we contribute to the potential release of methane, a more powerful greenhouse gas than carbon dioxide, when elements of landfill reach the atmosphere.

Despite there no longer being an efficient global recycling system in place, there are still a few simple, small-scale solutions that, if applied collectively and consistently, can make a significant impact.

a) Find out what the system is wherever you are. Although waste can usually be divided into three main categories—organic waste, recyclables, and residual waste (aka. non-recyclable materials)—there is no universal standard for recycling. There are, however, regional standards. Local recycling centres or councils will most likely have the answers you’re looking for. It’s all about educating yourself.

b) It all starts at home. How do you organise your storage and bins? Anything that makes separating materials easier is a plus. Work with your family or housemates to agree on a system and help each other learn. Try to think of it as a positive act, not simply a chore.

c) What to do with your recyclables? We're talking about paper, plastic, metal and glass here. In some countries, council services will collect recyclables from your home or office; in others (most) you’ll have to take them somewhere yourself. Where? A good question to which, again, there isn’t a universal answer. In Germany, for instance, you’ll get some cash back for handing in your empty glass bottles. In other countries, you’ll have to drive a big bag of accumulated stuff to a collection point.

d) What do you buy and where do you go? When out shopping, keep in mind that what we do with what we earn does often have a wider impact. If we all think of ourselves as an exception to that rule, then the cycle can only ever be a broken one. There are some brands out there that care about contributing to a more sustainable form of consumerism (if those two words can be put on paper next to one another), and while some research can tell you quite a bit about a company’s values, there are also certifications and logos that will help you judge whether a brand is responsibly enough for your standards or not. That being said, two things are clear:

1. Industry needs to commit to using more recyclable material in production processes and to be far more involved in the end-of-life disposal of their products.

2. The less waste we create, the less we’ll have to worry about how we process unwanted trash. Let’s be selective with what we consume.

e) As usual, communicate. Talk to others, ask questions, share your knowledge. It all starts at home, sure, but it carries on with friends, colleagues and your local council. The more people join a healthy cycle when it comes to recycling waste, the bigger the impact will be.

Photo by Sigmund on Unsplash