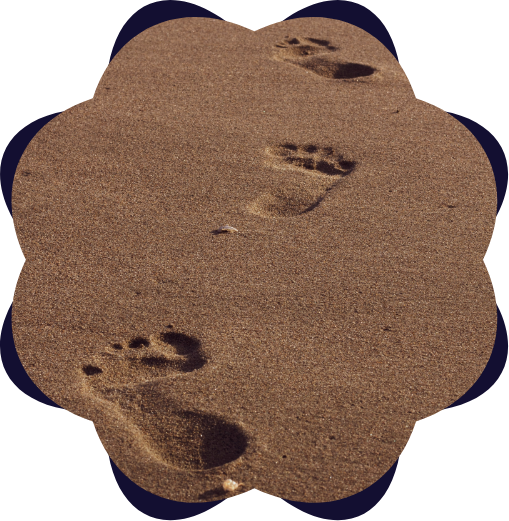 Greenly and the carbon footprint economy

“In our case, the more money we make, the less emissions [there will be],” Greenly’s co-founder Alexis Normand tells Footprint.

Frontline protestors might call for ‘system change’, but there are others who hope to transform our relationship with the climate without upending the global economy.

“It's very hard to engage a majority [of people] on something that's immediately hurtful. So I'm more a believer in aligning incentives than clashing incentives,” Normand says.

Greenly’s mobile app allows users to track the carbon footprint of their daily purchases, empowering everyday consumers to see the impact of their choices whilst also suggesting sustainable alternatives. However, it is major banks—not individuals—that have been the Parisian startup’s most important clients since its founding last year. A few weeks back, they announced a new product suite for their business users. Greenly also has a host of pro-sustainability partners that offer cashback via the app when you buy their goods.

Capitalism is after all a shape-shifting beast – when threatened, it often adapts. From Che Guevara t-shirts to carbon off-setting schemes, it finds a way of commodifying and selling off that which catches on its heels. As Alexis says, Greenly’s business users have a real interest in “helping their customers navigate the energy transition.”

Indeed, when it comes to the question of our fast warming planet, many hope that the invisible hand of the market will come to our rescue. But the invisible hand isn’t actually there. If there are to be techno-capitalist solutions to climate change, they have to be created and implemented, fast.

Putting planes in a different bucket

Convincing people to see the long-term benefits of a costly change in behaviour is a challenge that Alexis has grappled with before. He previously worked at Withings, which made smart watches and other fitness trackers.

As with health care so too with climate change: “It's a problem [of] reconciling short term incentives with long term benefits,” he says. Just as insurance companies and healthcare systems save money by helping people to avoid becoming diabetic, encouraging sustainable practices in the present (at every level) will help us avoid a future where suffering is widespread, and, needless to say, unprofitable.

With 15,000 users in France, Greenly hopes to soon expand its offering into other countries, including the UK. Empowering consumers to make more sustainable choices has only recently become possible thanks to improvements in the availability of banking data. But that data is normally tied to price tags, not CO2 emissions—“they'll put an aeroplane and a train in the same bucket.”

That said, getting the measurement 100% right isn’t the priority at this stage. People “are more interested in automation than in precision, because what they're really looking for is a kind of coach, a compass to change [their] behaviour rather than a pure calculation,” Normand, who also writes sci-fi screenplays, tells Footprint.

Preliminary internal research suggests that Greenly can “get someone to reduce [their footprint] by 10 or 20 percent, particularly in transport”. That means for every €0.80 spent on convincing someone to use the app regularly, Greenly can inspire a reduction in carbon footprint of up to a ton of CO2 each year (the average per capita carbon emission in France was 5.34 tons). However, there is likely a limit on how much reduction is ‘easy’ and can be replicated across the whole population.

The activist, author and academic Bill McKibben has long argued that climate change can be simplified to arithmetic, once writing that “the future of humanity depends on math.” For all the hockey-stick graphs and terrifying predictions, it’s difficult to see how we can play the role of the minus sign. If we want to dramatically limit our output (carbon emissions), it would help if we were able to better measure the inputs (our actions, commercial and otherwise).

While technologies like Greenly are being adopted by the financial sector, in the short term these are more likely to determine which expenses get processed (take the train not the plane) than lead to instant fossil fuel divestment. This is where the invisible hand of the market might fall short and where the stronger arm of government will be required to ensure that businesses do change their habits.

Across Europe, many major corporations are already required by law to track their carbon footprint, but Alexis points out that “the largest part of their footprint is their own suppliers. And they have no idea what their suppliers’ footprints are.” Now that the technology is available (via Greenly and others), he expects it is only a matter of time before true carbon accounting is required across the economy, even for those businesses whose priority is “surviving next month” and not “the next century.”

By working with businesses and not necessarily against them in the fight against global warming, Greenly embodies a capitalist realism often absent from environmental debates. As Alexis openly admits, they have much to gain.

This article was written by Jack George (jackapollo1)

Photo by Даниил Омельченко on Unsplash