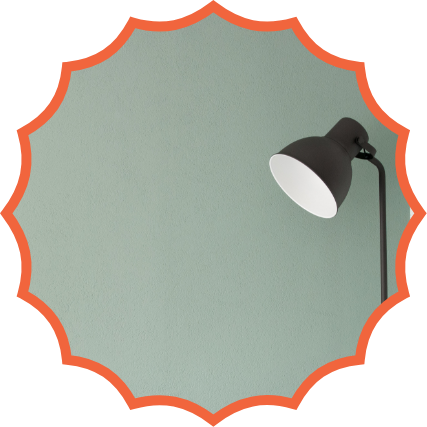 Happiness on a small planet

Between minimalism and environmentalism | By Lorna King

The typical model for happiness in the Western world is a life full of things. Happiness is a sign of success, success is measured by high earnings, and high earnings allow us to attain material possessions. Bigger equals better, so owning the largest house or flashiest car, the latest phone or trendiest fashion should surely make us happy?

When we buy things, we experience a buzz of instant gratification and for a moment we’re happy, because a desire has been fulfilled. But that moment is fleeting. Our positive response depreciates rapidly, with speed similar to a contactless transaction; the novelty wears off, we grow bored of familiarity, and thus we’re left feeling something is still missing from our life.

What's more, our insatiable desire for more stuff is exhausting our planet’s resources.

Minimalism offers us an antidote to the destructiveness of consumer culture: a life of less. By stripping away the visual noise, the clutter, minimalism reorients our sense of value to reveal the important things in life, which aren’t things at all; they’re people, experiences, and our relationships with others, the world and our inner selves.

Fumio Sasaki, author of Goodbye Things, explains how the power we give to things incurs psychological damage. Material possessions, he says, represent a need to project the self onto the world in an ostentatious display of who you want people to think you are. For example, to Sasaki we own bookshelves not to keep books, but to showcase our well-read-ness. If reading was our sole motivation, we’d do fine with an electronic book or (retro) a library card.

Sasaki takes cues from Marie Kondo, author of The Life-Changing Magic of Tidying Up, who advises, “keep only those things that speak to your heart” because they “spark joy”.

But minimalism isn’t about cramming oneself into the smallest space possible. Open space, left deliberately empty, gives us peace of mind and the chance to address inner dialogues rather than hiding our thoughts under piles of stuff.

But what if minimalism too is just high-income good taste? Incidentally, footage of crowds scrambling outside an Apple Store—included in a documentary titled Minimalism—illustrate how we’ve been driven mad by consumerism. Similarly, searching the hashtag #minimalistfashion results in images that are often more about showcasing an austere and stylistic monochrome, a new and performative type of consumerism, rather than a gospel of less.

Minimalism should have no rigid definition, aesthetic or otherwise. A life centred on less looks different for everyone; what’s shared is a sense of conscientiousness. Arbitrary restrictions can be as unhealthy as unchecked consumption and, unless adopted mindfully, they can trigger the same obsession with being perfect.

Even Kondo herself describes how, when her aim was to discard as much as possible, she became neurotically obsessed with throwing everything out. While decluttering decouples power from objects, the ideal endpoint should be nuanced. To dwell on deviations from the ideal is to allow values to become dogma, and for dogma to dictate worth. When you're stopping yourself from making any small mistake, your self-consciousness isn't aiding your development.

No to Products, Yes to Doughnuts

A life of conscious minimalism isn't available for everyone. For it to become so, there would be significant implications for our society and the planet. Our current focus on the growth of Gross Domestic Product (GDP), long embedded as the primary goal in modern Western civilisation, is reflective of the individual’s obsessive need for more. GDP is a metric determined by income generated within a nation’s borders, and so a society driven by consumption is bent on increasing income endlessly. By changing our goals as individuals we could ultimately change the goal for our economy at large.

As Kate Raworth explains in her book Doughnut Economics, though GDP growth was initially portrayed as a panacea to all humanity’s ills, national income cannot reflect national welfare. Prioritising exponential growth is causing the destruction of our habitat. The resource-intensive demands of today’s high-income nations, exacerbated by the wastefulness of their unchecked want, are so costly that if everyone lived like the average American, we would need 4.1 planet Earths to support us. Unfortunately, we don't have four Earths.

In 2012, the United Nations Sustainable Development Solutions Network sought to introduce the World Happiness Report. Based on the development of a “gross national happiness index” in Bhutan, which placed the natural world and people’s wellbeing at the heart of public policy. The WHR ranks countries using a holistic definition of development, one that values human happiness over financial expansion.

"A good life, for us and the earth, is made of more than just material things."

Finland ranks as one of the happiest nations on earth, a few years after being ranking top of the Yale Center’s Environmental Performance Index. As Meik Wiking of the Happiness Research Institute in Denmark commented, “GDP per capita in Finland is lower than its neighbouring Nordic countries and is much lower than that of the US. The Finns are good at converting wealth into wellbeing.” The WHR measures happiness by surveying citizens on six factors—income, healthy life expectancy, social support, freedom, trust and generosity—which Nordic countries generally scored highly on. GDP plays a part, but it’s only one part of the picture; taken as a whole, WHR is a distinctly people-focused metric.

In lessening our need for constant growth and a constant flow of stuff, we lessen our impact on the planet, and instead draw meaning from immaterial, collective experience and the world around us. As Raworth asserts, this equilibrium brings us into “the doughnut”, the economic sweet-spot where we can meet the social needs of our species without exceeding our planetary boundaries. A successful life, she identifies, is a healthy, empowered and creative one, lived with dignity, opportunity and community. A good life, for us and the earth, is made of more than just material things.

Avoiding Excess for Ourselves and the Planet

Minimalism isn’t really about living with the bare minimum. It’s not about dressing in black, buying Apple products, or bragging about how little you own. Instead we can reimagine it as a mindset. One that is able to escape the trappings of consumerism, to avoid excess, and to know when enough is enough. It is about recognising our place within the wider environment, both natural and social, and living well within our means.

As the Swedish academic Carl Cederström suggests, “Instead of obsessing over the self-actualized perfected person, maybe we should care more about equality, community, vulnerability, and empathy. Maybe we should get out of our heads and be more present in the world around us. I think that’s how we build a better world.”

This article is an abridged version of "Minimalism; happiness on a small planet" by Lorna King (@lornatmking), republished with permission from her blog Enough of this Trash.