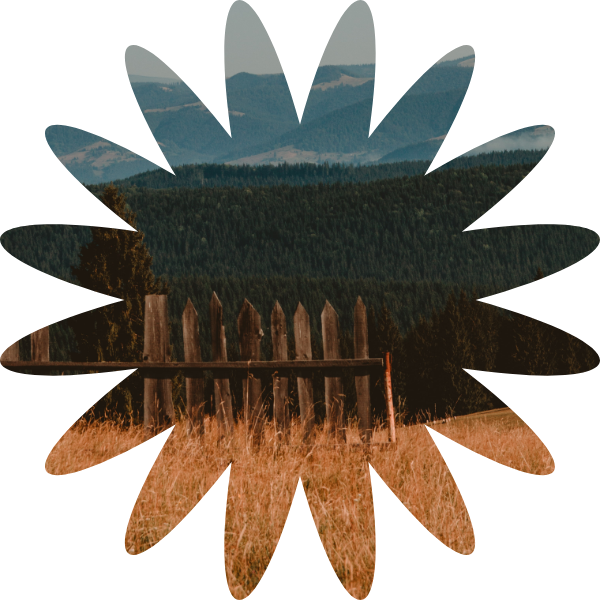 Deforestation accounts for at least 15% of all greenhouse gas emissions.

Illegal deforestation, done too quickly for forests to regrow naturally, still takes place in Europe, especially in Eastern European countries. Products manufactured from illegally logged wood have made their way on the market in the UK.

This is the case in Romania, one of Europe’s largest timber exporters, where illegal logging has become a thriving business. More timber is being smuggled out of the country than exported legally. Trees are cut down for timber in large numbers, even from national parks and protected areas, and smuggled out of forests to be sold at a large profit, leaving behind immense areas of destroyed forest surface. This also strongly affects the local communities and creates imbalances in the local economy because it effectively leads to people losing their jobs and their businesses.

I spoke to Tiberiu Bosutar, a prominent activist who’s conducted years of investigations on illegal logging in Romania, to find out exactly how all this wood is ‘stolen’ and transported to factories right under the authorities’ noses, as well as what effect these illegal deforestations have had on the local community.

Tiberiu is from a small town in northern Romania called Moldovita and he comes from a line of silviculturists (foresters). He was a silviculturist himself and owned his own business, until it started becoming impossible for a wood company to make any profit to survive. This was because larger companies began ‘coming’ to the forests and bidding higher prices for wood. They could afford to pay these prices because most of the companies came from abroad, and the wood in Romania was still cheaper compared to other European countries. They could also sell their finished products for a higher price, either in Romania or abroad, but this wasn’t the case for local businesses.

For locals, the price of wood kept increasing and many ‘small’ businesses, including Tiberiu's, were ‘pushed out’ of the forest and had to close.

Local communities, like Tiberiu’s town, Moldovita, felt outraged by what was happening not only because these large companies were ravaging the forests, hurting the environment and leaving behind thousands of square metres of tree stumps, but also because their businesses, passed down to them by their fathers and grandfathers, were dying because of this.

Something didn't add up

A small company could invest all of its money in manufacturing wood products but, at the end of the day, it was losing money. When Tiberiu noticed this, he figured out there had to be something wrong.

He researched how much forest surface was officially being felled and how much timber was being exported, and added up the numbers. They don’t match up. More wood might be leaving the forests than what was legally documented.

He decided to install cameras on a building on the main road of Moldovita, where he owned a flat, by which all trucks would pass on their way out of the forest, to see how many trucks circulated in a day. He also kept track of their number plates and searched for their transportation records.

Tiberiu found that the trucks would be issued a single transport document for the span of a few hours, but during that time, each of them would go back and forth and collecting multiple loads of timber. This was despite only declaring one transportation, and therefore one load of timber, in the official database. He also found that some of the trucks were documented in the database as transporting ‘waste’ from logging (such as leaves, branches and scraps) when, in reality, they were loaded with timber.

This began to explain the massive areas of deforested land that were appearing overnight in Romania, and how these large companies could afford to pay much higher prices for wood than local businesses.

One tree per second

Several companies have been accused of using wood logged illegally from ancient and virgin forests and protected areas in Romania, including Swedish giant Ikea.

In 2016, Ikea admitted to sourcing timber from Holzindustrie Schweighofer, an Austrian company that dominates the timber industry in Romania. Despite their pledge not to source wood from national parks, from 2017 to 2018 they were still recorded taking over 35.000 m³ of timber from two national parks in Romania, Calimani and Rodnei Mountains.

An investigation conducted by Earthsight found wood obtained from illegal logging in a number of Ikea products, such as the best-seller Ingolf dining chair and the famous Terje folding chair.

Ikea is the largest consumer of wood in the world. In 2019, Ikea used 21 million m³ of logs, or one tree per second, according to Earthsight. And every year, the company needs about 2 million more trees than it did the year before.

In order to keep manufacturing its signature low-price furniture, it sources these extra trees in Eastern European countries like Romania, Ukraine and even Russia. The company has even been accused of bribing corrupt politicians in exchange for access to cheap wood.

In 2005, Romania hosted two-thirds of Europe’s last remaining virgin forests. It is estimated that Romania has since lost two-thirds of its primary forest in the last decade, due to illegal logging.

Tiberiu showed his findings to the authorities but, for a long time, he was not being taken seriously, so he began appealing to people through the media and even formed his own group on Facebook, where he posted all the evidence he’d accumulated over the years.

His voice began to be heard all over the country and his protests inspired other protests as people everywhere were shocked to find out the extent to which forests were being exploited. Authorities finally began making some changes.

A new tracking system was implemented in Romania for the trucks that transport wood. SUMAL 2.0, implemented on February 1st 2021, requires drivers to fill in documents online instead of on paper and to upload pictures taken on the spot of the loaded truck from the front, side and back, as well as pictures of the mileage on the truck. This thorough system allows for real-time supervision of how much wood is cut from the forest and taken to a deposit or a company. What's more, all of this data is available online to the public. Holzindustrie Schweighofer also implemented a similar system to monitor its own trucks.

According to Tiberiu’s calculations, these measures alone have reduced illegal logging by 50% since they were officiated.

But the battle is far from over. As Tiberiu says, ‘the theft of wood [also] needs to be stopped from inside the forests’.

Photo by Vlad Sargu on Unsplash