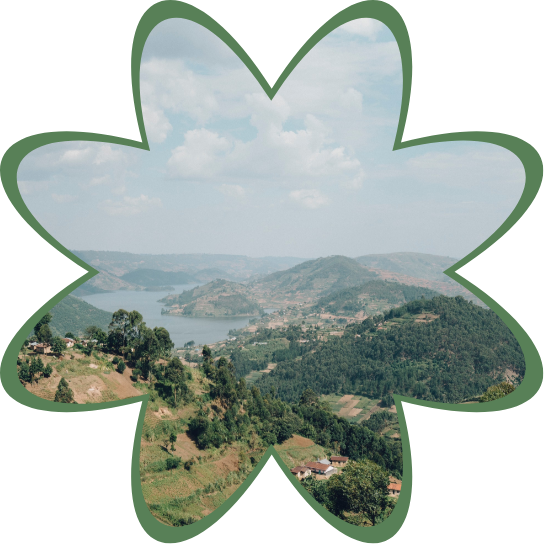 Risk in the eye of the storm

How Ugandan and Kenyan farmers can keep going, despite a warming climate | By Richard Wetaya

The schemes are investments by governments that aim to support long term resilience against food insecurity. Present in Kenya, Tanzania and Uganda, these initiatives allow the region’s smallholder crop and livestock farmers to access premium insurance payouts when affected by perennial weather-induced risks such as droughts and floods.

With climate volatility increasing, such schemes ensure the viability of large segments of the workforce.

“For many of the region’s smallholder crop and livestock farmers, the schemes are a welcome development, given the region’s significant exposure to catastrophic drought events, which, through the years have played havoc with the region’s GDP growth,” said Ugandan agricultural economist Simon Tukwasiibwe.

Last year, during a review of the sector, experts and politicians sounded upbeat about the scheme’s prospects.

“With this scheme, many of Uganda’s subsistence farmers would be able to make a steady transition from subsistence to commercial agriculture,” Pius Wakabi, the Ugandan agricultural ministry’s permanent Secretary, said.   “Through the scheme, the Ugandan government through the Agro consortium [group of ten Insurance companies] pays 50 percent of the basic premium to small scale crop poultry and livestock farmers, who own less than five acres of land and whose business generate up to Ugx 20 million [US$5,435] per season.”

For good measure, the Ugandan government also pays 30 percent to large scale crop, aquaculture, poultry and livestock farmers who have more than five acres of land and business proceeds of Ugx 20million. In Uganda’s high-risk areas, the government subsidy goes as high as 80 per cent with the farmer paying only 20 per cent of the basic premium.

“With this scheme, many of Uganda’s subsistence farmers would be able to make a steady transition from subsistence to commercial agriculture” - Pius Wakabi

“At the threshold, the goal was to insure 100,000 farmers by the financial year 2020/2021 and at present, which is the midpoint implementation stage, over 68.4 per cent of that target has been achieved,” says Ugandan agriculture policy analyst, Fred Omoding.

In Kenya, where droughts have in recent times been the main weather threat, over 700 million Kenyan shillings [USD 6million] has been paid to 32,000 pastoralists.

The Kenyan Index-based Livestock Insurance scheme was designed and implemented in 2009 after the country suffered one of its worst ever droughts. According to the World Bank, the Kenyan economy lost an estimated US$12.1 billion between 2009 and 2011. The livestock sector, which accounts for 12 percent of the country’s GDP accounted for a massive 72 per cent of the loss.

Several of the country’s vulnerable smallholder farmers, who mostly grow maize and wheat, have since 2016 been able to benefit from a government insurance subsidy of 50 percent.

In Tanzania, where floods are extremely impactful and hazardous, an index-based insurance scheme has been piloted since 2014 for crops such as maize, beans, sunflower, cotton, cassava, amongst others.

But by all accounts, that scheme is yet to be scaled up, says Tukwasiibwe.   “At present, Tanzania’s insurance penetration stands at 2.3 per cent, lower than Kenya’s 3.4 but higher than Uganda’s 1 per cent. The average penetration for agriculture insurance in Africa is 6 per cent though pilot agro insurance schemes are growing in number on the continent, especially on account of weather vulnerabilities, occasioned by climate change.”

Lack of awareness still a problem

Despite the progress already being seen, surveys have shown that a lack of awareness about the schemes remains a challenge, especially in more remote areas, where many smallholder farmers live.   Commitments by regional governments to bring every vulnerable farmer up to speed with the schemes have often come up short.

This is a fact that scholars Jacob Osumba, John Recha, Teferi Demissie, Helena Shilomboleni, Maren Radeny and Dawit Solomon, allude to in their recent study, titled “State of Index based crop Insurance services in East Africa”.

Indeed, the failure of governments to promote their own schemes seems to be one of the reasons that insurance penetration remains modest.   “Increased uptake of the schemes will at length, necessitate more stakeholder awareness campaigns,” Wakabi said.

Ultimately, however, the  existence of these initiatives offers a systemic, centralised solution to the risks presented by an ever more turbulent climate.

Photo adapted from an original by Random Institute on Unsplash