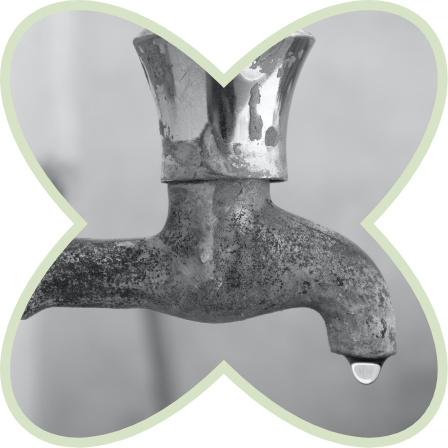 Saving water is essential, these are the technologies that can help | by Peony Hirwani

Water covers about 71% of the earth’s surface, yet only 3% of it is freshwater. With the global population growing, the demand on resources will keep on increasing. We now have to worry about conserving something which for millennia appeared boundless. As the late French innovator, explorer, and scientist Jacques Cousteau once said: “we forget the water cycle and the life cycle are one”.

The aim of water conservation is to "manage the natural resource of freshwater, to protect the hydrosphere, and to meet the current and future human demand without impacting the environment in a negative way,” says Mohamed Obaid Rashid Al Nuaimi, a water conservation expert with Qatra Water Solutions. He adds: “due to excessive and uneconomical use of water by the large human population as well as climate change, the world is heading fast towards a water crisis, leading many countries to implement policies aimed at water conservation, with much success.”

Understanding that freshwater is a finite resource isn't enough, according to the director of Urban Water Policy at Stanford University’s Water in the West Program, Dr. Newsha Ajami. She says: “We are not paying enough attention [and] including water in the bigger climate issue conversation in a more active manner."

While that shift will hopefully take place, there are some exciting water conservation technologies looking to ease the pressure on the supply of freshwater. Here's a curated list:

This sand, sometimes referred to as 'breathable' can hold water for a much longer duration while additionally permitting free circulation of air. In the UAE, mango and lemon trees as well as cash crops are all grown using the ‘magic sand’. Water only needs to be provided once a week during winter months and every other day in the summer, saving almost 80% of water supply.

H.E. Eng. Abdul Rahman Al Hammadi, is a happy customer in Abu Dhabi. He tells SAN: “The results achieved, within the first six months of implementation, are promising. We were able to substantially reduce irrigation requirements without undermining crop development”.

Onsite water recycling and reuse is the process of capturing water that has already been used or collected during a storm. This is then treated to sub-consumable standards, but still re-used (as anything but drinking water). “We have to capture every drop of water before it rolls around cities and captures toxins,” says Stanford's Dr. Ajami.

She adds, “If we start to treat water on the basis of need instead of the highest quality, and then using it for different purposes, that would definitely be beneficial for this world.”

Soil moisture sensors are another technology that can contribute to water conservation, healthier fields, and better irrigation planning. They help farmers reduce the amount of water they use by accurately monitoring how much water is already in a patch of ground.  “The advantage of such technologies is that they are also sustainable with a very low carbon footprint,” says Qatra Water Solutions' Al Nuaimi. He adds, “They play a big role in their own little way where we can save and recover as much water as possible.”

Soil moisture sensors can be put anywhere: backyards, fields, farms, or even on rooftop gardens.

Desalination is a technique which eliminates excess salts from seawater, converting it into drinking water or water that is better suited for agriculture. In a world full of seawater and lacking in freshwater, that does sound attractive. But the technique still has its disadvantages, as professor Menachem Elimelech at Yale University indicates: “Seawater desalination is more energy-intensive as compared to conventional technologies for the treatment of freshwater”. Indeed, it is far from the most environmentally-friendly option. It also releases extra salty water back into the sea. Toxic brine doesn't sound great for the oceans.

This is a miniature water system that has the potential to save water and nutrients by allowing water to dribble gradually down to the roots of plants, either from above the soil’s surface and through underground coverings—thereby limiting evaporation. This technology allows plants to be watered directly at scale and reduces the risk of waste.

But for all their promise, technological innovations such as these can only form part of the solution. “We cannot achieve water sustainability unless we focus on pollution prevention and make sure every drop of water is used wisely and not wasted,” says Dr. Ajami. “I don’t think one technology is [more] important than the other, I think all this needs to happen simultaneously because even if we minimise the use of water, there’s still going to be water in the system that needs to be cleaned up and reused.”

Indeed, “water conservation can only be achieved if the individual is persuaded to make a change,” says Al Nuaimi. Every household and business needs to be more careful about the water it uses, whatever the technology it adopts.

Photo by Shridhar Vashistha on Unsplash