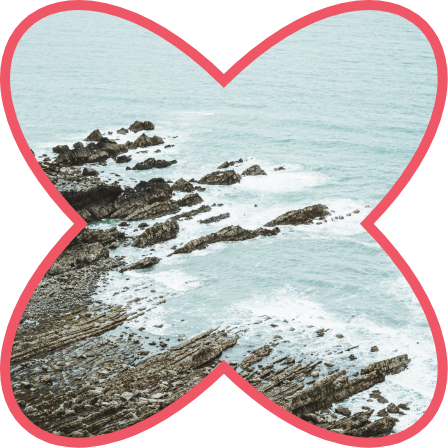 The coasts are far from clear

Coasts, with their sandy beaches, roaring waves and the scent of sea-salt, are places of natural beauty and calming tranquility. They also host diverse ecosystems and are the gateway to the global ocean economy—worth about US$3-6 trillion a year. Furthermore, 37% of the global population live by the coast and in England and Wales alone coastal dwellers constitute some 5.3 million people.

However, with climate change, coasts are becoming ever more vulnerable. Models predict global sea level will rise between 0.25 m and 1 m during the 21st century. For the UK, sea levels are currently rising at a rate of 1.2 mm per year. Higher sea levels will increase the risk and intensity of storm surge events, resulting in harmful coastal flooding. If global temperatures increase by 3.5 to 4.8℃ by the 2080s—the predicted scenario if emissions stay high—up to an additional 5.5 million people in Europe could be exposed to coastal flooding per year. In the UK, annual damages from coastal flooding are already estimated to be around the huge sum of £540 million.

A rise in sea levels also exacerbates coastal erosion. Erosion—coastal rocks being worn down by the waves—has dire consequences: landward retreat of the coastline, cliff collapse, property loss and fatalities.

Thankfully, there are measures we can take to protect coasts from being ravaged by these effects of climate change.

Soft engineering defences include beach replenishment, whereby the beach is maintained by moving sand from outside of the beach’s own sediment system onto the beach. A wide and stable beach absorbs wave energy, therefore providing a buffer against erosion.

Another type of soft engineering is managed retreat, which concerns the controlled flooding of the coastline. It is often implemented when the maintenance of existing coastal defences proves to be unsustainable. Legal battles frequently ensue between local residents and the council as residents demand compensation for relocation or for falling house prices indirectly caused by managed retreat schemes.

Hard engineering methods are more expensive, man-made coastal defences. Examples include groynes (as shown in the pictures above), which are timber/rock barriers extending out to sea. They interrupt longshore drift, the process which moves sediment along the coast and deposits sediment on beaches. If longshore drift is halted by the groyne, sediment will accumulate in front of the groyne to form a beach and strengthen the coast against risk of erosion.

Hengistbury Head is just one coast facing the threat of erosion. On the eastern end of Poole Bay in Dorset, UK, it is an archaeologically and geologically important place, that receives over a million visitors a year who come marvel at its wildlife and scenic walking routes.

The head  suffered from rapid erosion since its iron-rich rocks, which provided a natural defence to erosion, were removed for mining in the 19th century. The Long Groyne was built in 1938 to try and combat the erosion eating away at the coastline. The construction of the Long Groyne resulted in a wide beach forming in front of the cliffs, reducing erosion. “The Hengistbury Head Long Groyne is critical to controlling coastal erosion in both Poole and Christchurch Bays,” Councillor Mark Anderson, Portfolio Holder for Environment, Cleansing & Waste at Bournemouth, Christchurch and Poole Council tells SAN. Beach replenishment has also taken place at the head in recent decades.

Currently, coastal recession rates are estimated to be around 0.5-1 m per year. Climate change is increasing the uncertainty of the flood risk at Hengistbury Head. Although the risk is low, if a flood were to occur, it would have a devastating impact on the town of Christchurch and Christchurch Harbour which lie a little further inland. Councillor Anderson stresses the importance of the Long Groyne as a coastal defence. “Without the long groyne, beach material would rapidly wash away and the cliffs could start to erode again within a year which, if left unchecked, would eventually lead to a breach forming between Poole Bay and Christchurch Harbour with ensuing increased flood risk around the harbour,” he says.

In 2019, after assessing it was in poor condition, the 80-year-old Long Groyne was closed to the public to undergo reconstruction due to start this year (2021). It will also be raised in height to defend the coast against rising sea level. The Poole Bay Management Scheme has been allocated £50 million to deliver its coastal protection plan along the frontages of Poole and Bournemouth, lasting from 2015 to 2032. This includes replacing other groynes on the shore as well as replenishing the beach.

The Lincshore project is the largest beach replenishment project in the UK. Established in 1994, it covers over 20 km of beaches on the northeast coast from Mablethorpe to Skegness. There, the land is low lying and has no natural defences against flooding. After sea walls were deemed an unsustainable defence, the Lincshore project was introduced. The project involves obtaining sand from the bed of the North Sea and pumping this onto the shore, maintaining the height of the beaches and providing a barrier against erosion and coastal flooding. The Lincshore project is currently capable of protecting 30,000 properties from a 1 in 200 year flood event, as well as 35,000 hectares of farmland and 1,700 commercial properties.

What is the future of coastal protection?

The UK government recently announced they would invest £5.2 billion into coastal and flood defences and install over 2000 new defences, protecting over 330,000 properties in England from 2021 to 2027. This is a doubling of the amount invested annually into coastal and flood defences from 2015 to 2020. This investment, according to the government, will prevent around £32 billion worth of damage in England and links into the UK government’s response to climate change. Whether it is enough to curtail the impact of coastal erosion and rising sea levels, remains to be seen.