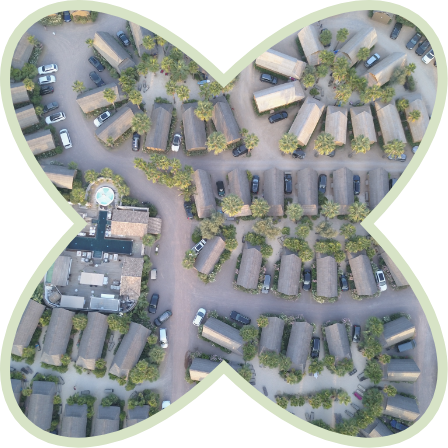 A vision for sustainable 21st century transport | By Lorna King

In the UK, road traffic accounts for 22% of national CO2 emissions. Before the coronavirus pandemic, roads were so congested that drivers spent an average of 115 hours stuck in traffic in 2019. The negative impacts—as cars fill surrounding air with pollutants like nitrogen oxide and particulate matter—are felt both globally and locally.

You don't need a car

In the past, one solution has been to convert car drivers into public transport passengers by disincentivising driving in urban centres through measures like congestion charges. However, now that social distancing rules prevent public transport from running at full capacity, cities risk grinding to gridlock again as people return to their cars.

Anticipating this challenge, governments around the world are investing heavily in active modes of transport. Athens allocated 50,000 sq. metres of space to pedestrians and cyclists, Paris transformed into a city of 15 minute trips, and Bogotá installing 50 miles of cycle lanes. Cities are waking up to walking and cycling as the best options for a post-COVID world.

In the UK, road traffic accounts for 22% of national CO2 emissions.

In May, the UK government announced a £2bn Emergency Active Travel Fund to relieve pressure on public transport in cities. Starting with pop-up cycle lanes, the scheme looks to make more permanent changes over the coming years.

What could a 21st Century transport system look like?

Over 60% of 1-2 mile long journeys in the UK are made by car, despite this being a short enough distance to be covered by foot or bike.

To improve walkability, streets need to support wide, smooth and level pavements with safe, direct crossings that give pedestrians priority over road traffic.

Meanwhile, the key to getting more people onto bikes is safety. According to the latest National Travel Attitudes Survey, two-thirds of people in England feel “it’s too dangerous for me [sic] to cycle on the roads” because of motorised traffic. To provide security, designated cycle lanes need to be supported on main roads and rigorous calming measures must be included on small, residential streets.

"To get a widespread switch, people need to feel confident that their entire journey will be safe, direct and seamless."

Points where bicycles and cars meet, such as junctions or roundabouts, need close attention. Introducing continuous pavements and cycleways with tight corners at junctions, for example, is an effective measure to make motorists slow down and give way.

Beyond COVID, active travel plans must be supported by well-connected, regular public transport so everyone can go from their door to their destination without coughing up too much carbon.

What are the benefits?

Studies estimate that if cities across the world were redesigned to prioritise walking instead of driving, they could reduce greenhouse gas emissions by 1.44-5.45 gigatons by 2050, while public transit could apparently save a further 7.51-23.36 gigatons.

Some argue electric vehicles provide the answer, and while we need them to replace their combustion engine predecessors, they still take up the same amount of space. By 2050, 68% of people are projected to live in urban areas where space is already scarce; we physically cannot support having everyone driving cars—electric or otherwise.

This brings us to the core benefit offered by prioritising people-sized travel: liveability. As a 2016 report from engineering firm Arup found, walkability has a profoundly positive impact on our lives, reducing the risks of chronic diseases, enhancing local business and inspiring civic responsibility.

Fewer cars means less local air pollution as well as increased safety on our streets, especially for children. The School Streets movement campaigns to restrict car use around schools. A more active lifestyle also improves health and well-being, and studies have shown children who walk or cycle to school are more focused once they get there.

From wider pavements to galvanised old car parks, the places we live can become spaces for people, not vehicles.

How can we get there?

In Amsterdam, bikes outnumber cars four to one, but this wasn’t always the case. In the mid-20th Century, the Netherlands was also on track to become a car-centric nation, until people stood up for liveability.

“We had organised around car traffic and had given it priority over the safety of bikers, children, the elderly, the pedestrians – the car was number one,” says Maartje van Putten, an influential activist in Stop de Kindermoord (“stop the child murder”), a campaign in the 1970s responding to record numbers of children being killed by cars.

Through direct action, like blocking roads to hosting community, on-street dinner parties, Stop de Kindermoord emphasised the importance of streets for people. “We were on television, in front of parliament, we got so much press and everybody knew about us” because making streets safe for children struck a chord.

"In Amsterdam, bikes outnumber cars four to one, but this wasn’t always the case."

Supported by the Ministry of Transport, Stop de Kindermoord developed safe urban planning such as woonerfs, people-centric streets designed intentionally to slow cars down. Throughout the 1980s, Dutch councils invested in cycling infrastructure to keep people on bikes as an accessible, people-sized alternative to cars, resulting in the networks and neighbourhoods we see there today. For van Putten, the benefits go beyond transport and the environment—creating new social cohesion and allowing streets to be seen as an “outdoor home”.

In the UK, in 2013 TfL awarded  £27 million to the London Borough of Waltham Forest as part of its “Mini Holland” scheme to upgrade streets to improve road safety, air quality and public health. Working closely with local community groups, the council rolled out Enjoy Waltham Forest, a campaign centred around principle that infrastructure should be usable by a lone 8 or 80 year old. For this to be possible, there needs to be continuous protection for active travel.

Like Stop de Kindermoord, Enjoy Waltham Forest didn’t simply focus on how we get from A-B. “A stroke of genius was to bring in greening and placemaking,” says Paul Gasson, a resident who mobilised his community to support the scheme. Introducing miniparks and trees also galvanised support because “it’s not just an absence of motor traffic".

There will always be naysayers. Some argue road restrictions create problems for Emergency Services and people with mobility needs. But the reality proves the opposite. In Waltham Forest, all Emergency Services were consulted throughout the “Mini Holland” programme, and changes were found to have no impact on London Fire Brigade response times. Likewise, improving infrastructure for walking can be a critical step towards creating a truly inclusive public realm.

Systemic change requires persistence, collective action and, importantly, political will. As Gasson says, key to Waltham Forest’s success was having productive dialogues between communities and the council. Right now, the UK government’s plans, such as Gear Change, look to further encourage active travel.

As individuals, we need to be vocal and put pressure on politicians to ensure they don’t just promise step-change, and actually deliver.

Photo by Patrick Schreiber on Unsplash