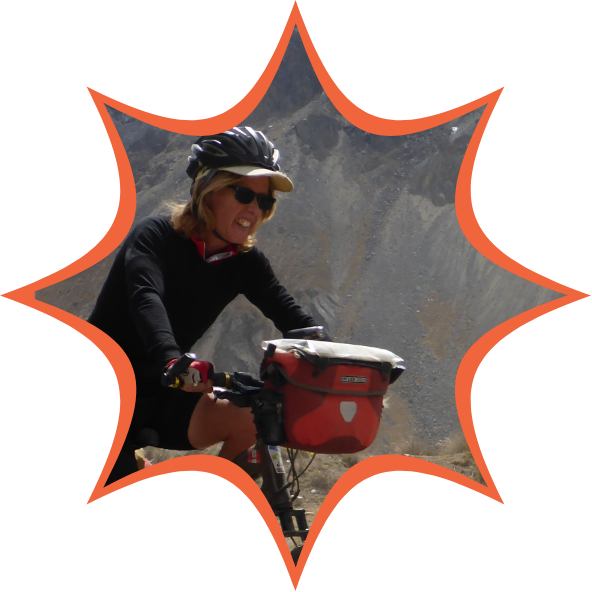 There is a school in Northern Colombia that teaches its pupils to save endangered turtles.

It is a far from traditional educational experience. Children at Colegio Los Manglares meet turtles and learn how to tackle plastic pollution. They take part in turtle releases, as well as doing beach cleans. They study turtle biology and even learn maths through the life of a turtle.

Following a concept developed by primatologist Jane Goodall, Colegio Los Manglares uses a curriculum entirely focused on turtles to educate the next generation about environmental sustainability and animal welfare.

When outdoor philosopher, environmentalist and writer Kate Rawles arrived at Colegio Los Manglares, she didn’t know much about turtles or the school—but she was eager to learn.

“The school worked with a local aquarium, which was taking eggs of endangered turtles and hatching them – then the kids would clean the beach of plastic and let the turtles go when the time was right,” explains Kate. “That was such a powerful thing for those young people. And then they turn into eco-warriors: they are so passionate about the turtles, about plastic pollution, they pass it on to their parents and make sure they get engaged too.”

A former university lecturer, Kate embarked on a journey through Latin America, together with her companion Woody—a home-made bamboo bicycle that took her on a spectacular journey from the north of Colombia to Cape Horn, in Chile.

“The idea was to use the adventure as the hook, the Trojan horse. Telling an adventure story, but also talking about climate change and biodiversity loss.”

Her aim was to raise awareness about biodiversity loss, and Colegio Los Manglares was just one of the amazing projects she encountered along the way.

Before traveled the world to raise awareness on environmental issues, Kate used to lead a more conventional life, teaching philosophy with a focus on climate.

“I used to be a fairly normal indoor philosopher,” she says, “I was trying to have these important conversations about the relationship between people and nature in lecture theatres, and I felt they were entirely artificial. So I thought: why don’t we take these conversations outside? And I created Outdoor Philosophy, a platform which uses the power of adventure to inspire environmental action.”

She adds: “The idea was to use the adventure as the hook, the Trojan horse. Telling an adventure story, but also talking about climate change and biodiversity loss.”

Biodiversity loss is the decline in the number and variety of species in a given area—or on the planet as a whole—which can lead to a breakdown in the functioning of the ecosystem. It is “an absolute disaster which is every bit as important as climate change,” as Kate explains, “but it doesn’t get the press.”

This could change, says Kate, if we adapt how we think about combating the loss biodiversity.

“The transition we have to make is huge," she says. "But if we think of it as an adventure, then that raises a sort of ‘yes, we can do this!’ kind of feeling. The adventure story really changes the whole feel of talking about biodiversity loss. It no longer feels like this terrible thing we have to tackle."

During her journey, Kate encountered numerous projects where local communities could contribute to nature conservation—while also benefiting from it.

One of these inspiring initiatives is Proyecto Titi, a foundation which works to protect cotton-top tamarins, a species of tiny monkey only found in the tropical dry forests of north-western Colombia. Their survival has been threatened by extensive deforestation and the illegal pet trade. Proyecto Titi has been working to collect plastic waste and process it, in order to produce fence posts. This way they can provide the community with an environmentally-friendly source of income as well as safeguarding the monkeys.

Rosamira Guillen, co-founder and executive director of the foundation, says: “Proyecto Tití works with an integrated conservation model, that includes studying the monkeys in their natural habitat and protecting and restoring their forest home, as deforestation is the main threat to their long-term survival. We do so involving local communities, educating the young and providing adults with alternative income sources to reduce the need to use and exploit forest resources for subsistence.” The project has also helped to stop the construction of an airport in one of the cotton-top tamarins' habitats as well as the creation of a biological reserve.

"Join a local wildlife trust, find out what the local issues are – volunteer and contribute financially if you can.  The more of us are members, the more it will get noticed on a political level."

Another way to prevent biodiversity loss is to establish ‘corridors’ which connect wildlife reserves: this is one of the multiple aims of Serraniagua, another Colombian project that Kate visited on her journey.

Founded in 1996, Serraniagua connects the conservation corridors of Tatamá National Park and Serrania de los Paraguas through a series of 67 nature reserves. They also work with local farmers to strengthen and take pride in traditional practices which are compatible with biodiversity, such as low-impact, organic coffee-growing.

A sense of community is at the heart of each of these projects.

To those who are looking for ways to tackle biodiversity loss in their own community, Kate says: “join a local wildlife trust, find out what the local issues are – volunteer and contribute financially if you can.  The more of us are members, the more it will get noticed on a political level that nature conservation matters to people, and that’s really important.”

She also emphasises the importance of individual choices, and consuming with sustainability in mind. “There are some terrible farming practices which are still underway, where there is an overuse of pesticides, driving the crash of insect population. Buy organic food if at all possible. Avoiding rain forest provided beef, for example, would be another very helpful thing.”

Learn more about Project Titi and how to support them here.

Learn more about Serraniagua and how to support them here.