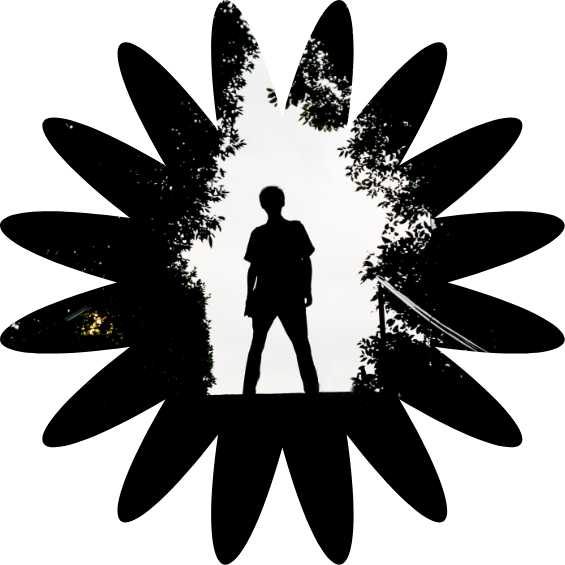 Why are there so few people in pictures of climate change?

On the visuals of the crisis, representation and immediacy | by Lara Chapman

When I type ‘climate change’ into Google images, I am greeted by a sleuth of fairly predictable photographs and illustrations: The globe split in two with one half thriving and green, the other, on fire; smoke pouring out of industrial chimneys and oil rigs; polar bears stranded on drifting ice caps.

There isn't a human in sight.

Despite their familiarity, such images fill me with a sense of dread and anxiety. It makes the issue feel unsolvable. I close the tab, suppress my guilt, and find myself seeking out the more soothing vistas of the internet—animal memes, instagram ceramicists and curated Spotify playlists, to be precise.

“Climate change has a communication problem,” says Adapt, a Climate Club founded by the graphic designers Josie Tucker and Richard Ashton, in an instagram post. “As far as the media want you to think climate change only affects polar bears, glaciers and coral reefs.” The problem with these subject matters, and images of them, are that they risk making the climate crisis seem remote and abstract, framing the crisis as a problem that is not related to, or solvable by, humans.

The climate crisis is slow, huge and cumulative. It is not easily observable and is difficult to capture in a single image.

Emily Tradd, a sustainability professional explains in her talk ‘Examining Art as a Tool for Communicating Climate Change…’  that to truly understand and act upon the information we receive, we need to have “cognitive, effective and behavioural engagement, this means we need people to understand the information, care about that information and be motivated and willing to act accordingly. It is only then, that we can redefine social norms and practices.” It’s pretty hard to hit all three of these goals with a single image. So how can we show climate change in an engaging and relatable manner?

Adapt hints at one possible starting point. They say that “the majority of people only care about issues that are tangible to humans, or have a human-centred story. Many people don’t automatically equate stories about sea-level rise, melting glaciers or deforestation as things that affect people, much less, things that affect them.”

Climate Visuals—an open source photographic database and organisation who conduct scientific research into the efficacy of climate change photography—would agree. Their image library offers an encouraging contrast to the dominant depictions of the climate crisis. There are people in all types of scenarios—some are hopeful, depicting people conducting research or using biogas to cook, for example while others showcase the harsh reality via images of people fleeing from climate crisis related events.

These images are easier to understand because they take place on our scale. We always measure things in relation to ourselves. It's the same reason that architectural models use scaled human figures to communicate the dimensions of a building.

The changing face of climate media

Climate Visuals’ expertise and usefulness was noted by the Guardian in their recent editorial overhaul over how they present climate change. They assessed their language choice and images as part of their Climate Pledge in 2019 which also saw them become completely financially independent, no longer accepting funding or advertising from fossil fuel industries. “The concern over how best to depict the climate emergency led us to seek advice from the research organisation Climate Visuals, who have found that “images that define climate change shape the way it is understood and acted upon,” wrote Fiona Shields, Head of Photography for the Guardian UK. The Guardian is now making a concerted effort to choose images that show the impact of climate change on people. In turn, this will likely inspire other publications to follow suit.

The simple act of putting humans in pictures of climate change seems  almost too obvious as a solution. Yet, this strategy aligns with other studies that show the people in images fuels engagement. For example, a study by the Georgia Institute of Technology and Yahoo Labs suggests that Instagram posts with faces in them get almost 40% more engagement and 32% more comments.

Beyond photography, other publications and activists groups have recognised the power of human-centric stories. See Climate Change is a crowdsourced video project that aims to collect “one million videos from people around the globe that share their personal, human stories about the impact of climate change.” Their sample video shows snippets of people filming themselves with their phones saying who they are, where they are and what local impact climate change has had on them. “A few weeks ago I was outside running in shorts and a t-shirt,” says one man, who is standing in the snow wearing a beanie, scarf and coat. You can hear puzzlement in his voice as he looks around him. “Yesterday you couldn’t see more than a kilometre in any direction due to the bushfires,” says another, speaking in an Australian accent on a suburban street.

In essence, the personal is made political and the urgency made visceral. As the video project's website puts it: “We are REAL PEOPLE around the world who SHARE STORIES about CLIMATE CHANGE so that leaders TAKE ACTION.”

The shadow of the oil rig

Another interesting example of how to represent the crisis can be found in the magazine It’s Freezing in LA (IFLA). They use illustrations as the medium to depict climate change and accompany their articles. Flicking through the 100% recycled pages of their magazine, you’ll quickly notice that many of the illustrations have humans in them. For example, in issue six, In the The Bahamas by Danielle Rhoda, shows an oil rig but, unlike the hackneyed stock images of oil rigs which are removed from their context and suggest that they operate far away from human lives, this illustration zooms out and shows the oil rig towering over a beach, along which people are walking. It is dystopian and grounding.

“We don’t make a conscious effort to specifically put humans in the images,” explains Nina Carter, the Art/Co-creative Director of IFLA, “but when you are getting an illustrator, who is a human, to make a piece of work about something that they are trying to understand then it is quite natural for them to put themselves in the work. There is something really special when you see people in images to do with the climate because it grounds it in actual lives. When you see these really epic images of destruction or breakdown its sometimes quite hard to understand what the chain of events is back to people.”

Depicting something that is as huge, urgent and scary as the climate crisis in a relatable, engaging  and motivating manner is a difficult task. But, a relatively simple first step seems to be using the immediacy we feel when we see another human. We must not forget to put people in the picture.

Image adapted from photo by HONG FENG on Unsplash

Should nature be a legal person? Taking the fizz out of the atmosphere
Previous post
Next post