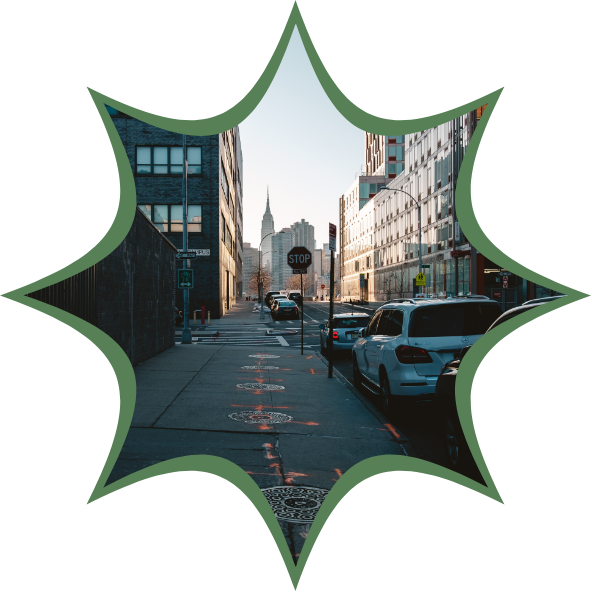 Is it possible to cut CO2 emissions whilst trying to stimulate economic growth? | By Tamsin Paternoster

From New Zealand to South Korea, governments around the world have unveiled ‘green recovery’ plans with stimulus packages that aim to mend Covid-19 damaged economies. Is it possible to try and cut CO2 emissions whilst trying to rapidly stimulate economic growth?

Journalists Action Network (who fund this publication) spoke to Emily Benson, a senior researcher at Shaping Sustainable Markets and programme manager at Green Economy Coalition, about what a green recovery may look like, how Covid-19 presents a unique moment for governments to instigate real climate-focused policy decisions and what young people can readdress their commitment to climate politics.

JAN: Can you briefly describe what the Green Economy Coalition is and does?

EB: We're a global network bringing together very diverse interests: such as NGOs working on environment, poverty, labour, businesses and some big international organisations, researchers, think tanks and academics. Together we are working on accelerating this shift towards greener and fairer economic systems. By that we mean not only coming off fossil fuels, which is obviously a key transition, but also a shift that starts to incentivise the restoration of nature as well as one that makes sure that the wealth generated through economic activity is more fairly distributed. So, we work on macro-economic transition, and we do that through lots of policy analysis, communications and network building.

JAN: How has your work changed since the pandemic started?

EB: It's changed everything. As an organisation we are doing what every other team is doing and working remotely, not travelling. When you work on a global agenda, that's a big change. We're no longer getting on flights - which is a good thing. It's been really exciting to see how much you can do through digital work.

But the bigger change is how the pandemic has changed the green economy agenda. Firstly, we’ve seen a huge increase in interest in the green transition coming from the public as they’ve made the connection between their health and the air they breathe. Secondly, we’ve seen a seismic shift in how decision makers are looking to the opportunities of a green economy to revive their economies. Green jobs, new green sectors and start-ups all offer a chance for our economies to grow in a different way. We’re also seeing many more companies come forward to explore how to cut costs and become more efficient with the energy or water or materials they're using.

Of course however, we have to temper this positive story with the fact that as the recession caused by Covid-19 really starts to bite, there is a chance that decision makers will fall back on a ‘growth at any cost’ agenda, even if that means building coal power stations, or ripping up ancient forests in order to turn them into farmland. Every country around the world we work with is facing a kind of fiscal cliff, as their debt is rising, consumer spending is low, and many sectors are struggling. The smart decision makers will see that a green economic recovery can build resilience and prosperity both in the short and long term.

JAN: How far do you think that players you wouldn't expect to do so are pushing for a green recovery?

EB: There's been some really unexpected players. We have the seen World Economic Forum and the Financial Times leading on this global 'reset' and saying that actually there are some fundamental issues with the way our economies are run. On the other side there are a lot of NGOs or communities that normally work on one area, such as poverty or labour rights for example, coalescing around the idea we can built back and move forward in a different way. We see a new unity across different movements and issues, and a collective understanding that this is a powerful advocacy moment irrespective of your specific agenda.

JAN: How far do you think this movement of 'reset' you are describing is a positive one?

EB: I think it's been positive in that this pandemic has exposed our shared experiences and our shared frailties. We've essentially stopped the global economy for months on end. That collective pause has meant that communities have come together and started to look out for each other proactively – they’ve found new joy in connecting in different ways. At a more national level, we’ve all experienced some of the benefits of clearer skies, less pollution and traffic, less travel more generally. Above all, it’s been a stark reminder of what matters to us all – our health, our communities, our safety.

The task ahead is to ensure that what we, as communities, mean by ‘reset’ is matched by some of the corporate and political rhetoric around the agenda.

JAN: What's your opinion on the new, 'green' initiatives governments have been incorporating into their Covid-19 recovery policies recently?

EB: We have been tracking national responses via an online tool called the Green Economy Tracker. It’s been really heartening to see so many countries actually put big public stimulus budgets towards the green agenda, whether that's sustainable transport or renewable energy. We're seeing wherever you look in the world, from Sweden to South Korea, as well as in developing countries. That's been positive.

I would say perhaps the most powerful of those are the ones that have also put conditions on companies as well and said we will help you through this time, such as in Austria who told their airlines they would help out, only if they commit in very real terms to big measures towards a greener way of doing things. That's been a strong outcome.

On the less positive side I would say that not all stimulus and green recovery packages are the same. Many stimulus packages tend to focus on carbon, rather than on the bigger issue on how we restore nature and biodiversity. Green stimulus packages have also tended to benefit big companies rather than reaching small and social enterprises springing up the world over. I would also say that when you look at the packages within the bigger picture, what you see is that yes we are spending let's say so much on the 'green recovery' but when we take a step back we see there's also a lot of spending going into fossil fuel infrastructure and the 'brown' economic system.

Even so, there’s much to feel positive about. Ten years ago I'm not sure that a 'green recovery' from a global pandemic would have been possible, and that's thanks to a lot of work from climate activists, youth strikers, and NGOs who have put in tons of work over the last few years to raise the climate emergency to the top of the public agenda.

JAN: You mentioned earlier that, now that economies are faced with this recession there will also be a pushback to rebuild the economy at all costs. Do you think there's a way for governments to balance boosting economic growth with properly green and sustainable policy?

EB: There absolutely is. Firstly, there are a lot of projects that are focused on restoring nature, such as reforesting, managing watersheds better, using nature-based solutions that can help economies emerge from this crisis in a better shape than they were before. The UK recently for example just brought back beavers which is a good natural flood preventative measure. While in Pakistan, the government has invested in a public tree planning scheme that is helping to create jobs as well as restore critical biodiversity on which the rest of the economy depends.

The second area is that green stimulus and investment is creating an entirely new innovation area for startups and young entrepreneurs. There's a huge green tech portfolio and startup scene that, if invested in now, can create huge economic dividends long into the future.

The third area would be on the agricultural side. Perhaps the only positive story to emerge from Brexit is that now the UK is coming out the common agricultural policy, and now farmers will be paid for restoring nature rather than getting paid for being productive above all else, which was the Common Agricultural Policy. The UK has this wonderful opportunity to generate more agro-ecology approaches whereby farmers are not only productive but they are also rewarded for bringing back biodiversity, which in itself has enormously positive dividends for the rest of our economy.

JAN: How far do you think the coronavirus has created special or unique circumstances with which to bring about reform?

EB: This is the biggest moment of political opportunity we will ever have in our lifetimes. I think a new form of politics could really emerge. If you look at levels of trust for the government and institutions, you’ll see that due to the pandemic, suddenly everyone is back towards trusting the government in a completely different way. That's really exciting and could be the biggest turning point we could have wished for in terms of policy, and I hope that activist can come together, and continue to bridge different issues, and make this moment count.

It does feel as if there's been a sort of crystallisation and connection across different social movements -- Black Lives Matter, youth strikes, and calls for social justice. It has felt that all of these have originated from the same systemic problems and that this is a moment to solve them, but it does require us to vote, buy and consume differently.

JAN: What suggestions would you have for younger people to take action?

EB: Be the change that you want to see. That might mean looking at what you’re consuming, and reducing the amount of meat you’re eating or clothes you’re buying. It might mean looking at the employment opportunities on the table, and asking yourself what kind of an organisation do you want to be part of? Does that company have a nature-positive vision for 2030 and beyond? Then, the bigger question, is asking yourself who you want as your government representative and do you believe that they are nurturing a greener economic system, that can provide a safe world for the longer term?

I would just say: be the change, and vote or consume or work for those organisations you feel are creating a positive world to inherit.

Photo by Kevin Dellandrea on Unsplash