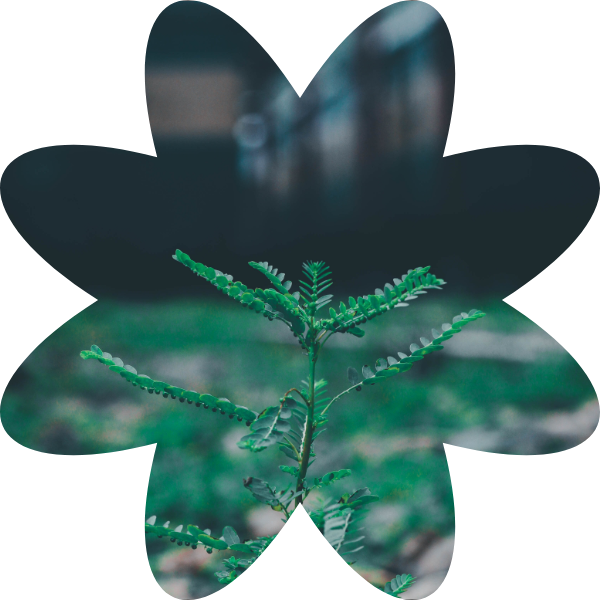 On countering carbon emissions where governments fail | By Natalie Carr

If the past year of lockdowns has taught us anything, it is that green space is crucial to our mental wellbeing. Biologist Edward O. Wilson’s “biophilia” hypothesis suggests that our brains respond positively to the natural world, as cues such as trees, savannah, lakes and waterways signalled survival for our ancestors.

In our overwhelmingly urban modern existence in towns and cities; however, green space is often hard to find. As such, advocates of guerrilla gardening, led in the UK by pioneers such as Richard Reynolds of GuerrillaGardening.org, have long fought for this to change.

Reynolds’ projects included a  guerrilla garden on a roundabout outside of Perronet House, a block of flats in Elephant and Castle, before that roundabout was demolished and turned into Elephant Square. For Reynolds, guerrilla gardening is a simple means of improving public spaces: “We don’t have to ask politicians and property developers to sort it all out for us. There are some things in our society that we can just get on and do: gardening is a really simple one.”

The phenomenon began in the 1960s as a response to this lack of green spaces in urban areas. Guerrilla gardeners do not hold sit-ins or occupy oil rigs, instead they plant up patches of land they often have no legal right to cultivate. Cracks in pavements, tree pits and unused skips are all fair game. If there is room for soil, the limitations are very few. From the outset, the roots of the movement were firmly in direct action: where the relevant authorities fail, guerrilla gardeners step in.

People’s Park in Berkeley, California, was once a derelict site. In April 1969 an article in a counter-culture newspaper declared “a park will be built this Sunday... our rural reclamation project commences in the expectation of beauty.” Activists armed with sod and shrubs soon took over the area to create a public space. The authorities’ response, particularly that of California’s governor of the day, Ronald Reagan, was iron-fisted. Owing to its links to the university, the park was often used for student demonstrations and Reagan saw this as a target for his campaign against the state’s ‘lax’ public universities. On the 15th of May, he ordered police to clear a large section of planting and installed an 8-foot fence around the area. The mass protest that followed, known as “Bloody Thursday”, resulted in hundreds of injuries among the student population, and one, James Rector, was killed.

Fortunately, guerrilla gardening has not since seen such violence, but it remains a politically charged form of protest. In 2019, it was adopted by the environmental activists of Extinction Rebellion, whose 2019 East London Uprising featured a guerrilla garden. This has since turned into a fully-fledged community garden project, serving as an educational tool and encouraging others to grow what they can in whatever space they have. Guerrilla gardening allows for an immediate form of green activism, countering our carbon emissions where governments are failing to do so.

Guerrilla gardens can function as both regeneration projects and a means of carbon sequestration in densely populated urban areas. Introducing plant species, from ground cover plants to trees, is one of the most cost-effective ways of taking CO2 taking out of the air. Naturally, trees are the most suitable candidates. Whilst cities cannot accommodate vast forests, every tree counts; over a year, one mature tree can absorb around 22 kg of CO2. However, this is not a quick fix as some species can take around 100 years to mature.

The role of the natural world in fighting global heating is something scientists have long been exploring. Plant biologist Joanne Chory at the Salk Institute in San Diego is training plants to sequester more CO2, by engineering species with bigger, deeper roots made of suberin, a natural waxy substance that is an incredibly efficient carbon capturer—essentially tricking plants into fighting climate change as they grow.

Until such plants become widely available, Richard Reynolds suggests a wide variety of plant species for guerrilla gardens. “Lavender, where there is reasonable sun, demands little watering or much from the soil—(they're) evergreen, have great long-lasting flowers, provide food for pollinators, noninvasive, and will never become troublesomely large.” Other species include rosemary (with similar benefits to lavender), sunflowers, calendula, forget-me-nots, daffodils and Shasta daisies. This is not an exhaustive list and all plants are beneficial—as Reynolds notes, “if there’s opportunity in places that those formally in charge are missing, sometimes [all it] takes [is] a bit of guerrilla action.”

Planting up gardens in an attempt to sequester carbon may seem like too little too late in a world where the climate crisis is already on our doorstep, but we cannot let the immediacy of the crisis prevent us from doing what we can to lessen the impacts of global heating on future generations. Whilst the potential of guerrilla gardening as climate action is not as extensive as plantings acres of woodland, it goes some way to take CO2 out of the air and reminds all of us that nature has not been forgotten.

As we try to encourage those in government to act now on the climate crisis, perhaps the greatest impact of guerrilla gardening is as a warning to those in power that we will not simply sit back and let our planet suffer.

A note on legality:

There is little certainty surrounding the legality of guerrilla gardening—some would say it may incur charges of trespass or criminal damage, but no one has ever been arrested in the UK. If you are thinking of taking on your own guerrilla gardening project, please evade criticism and ensure that your plants received the level of care they require once they have been sited.