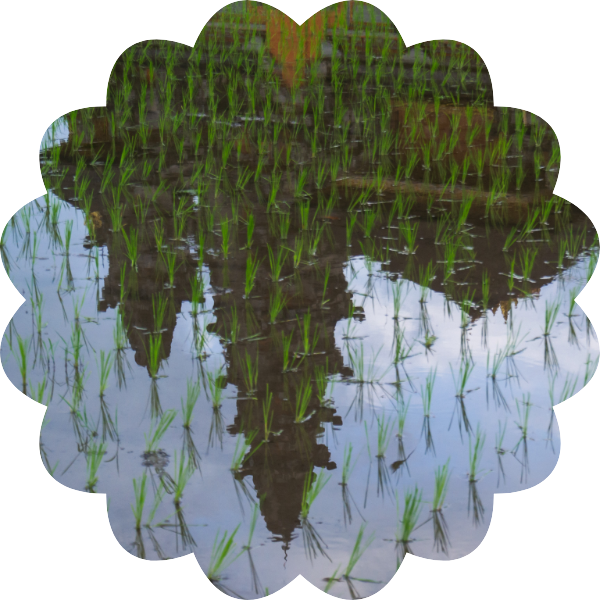 On the interplay between religion and sustainability | By Peony Hirwani

The province of Assam in India has long suffered floods, but the ‘Great Earthquake of 1950' prompted monstrous changes in the geology of the region. Ever since, the Brahmaputra valley has been experiencing increased devastation.

Almost every year, Assam fights floods of immeasurable proportion triggered by rainstorms. Regardless of flood-control efforts, both human and animal lives are lost and businesses disrupted. “We used to own a small departmental store in the Golaghat District that was washed out during the floods in 2018—which used to fundamentally produce cash that brought food on our table every night,” said Brijesh Kapadia. “Golaghat had exceeded its previous highest ever flood level by almost 30cm that year, and our shop and home was altogether destroyed."

“We had nobody to go to as our entire town was submerged and everybody was vulnerable, therefore, we collectively turned to praying,” added Kapadia’s wife. “During the evacuation, I was advised to pack just the fundamentals, and the one thing that I carried in my hand was a murthi—a statue—of Lord Ganesha, as he is the saviour.” On that day, faith and praying are what helped the Kapadia family battle the torrent wrought by mother nature. They say it “saved their lives.”

In 2009, the Convocation of Hindu Spiritual Leaders adopted the inaugural Hindu Declaration on Climate Change at the Parliament of the World Religions, which was subsequently reintroduced in the lead-up to the Paris Climate Conference in 2015, acquiring endorsements from different Hindu associations and activists around the world. Within the statement, Hindu pioneers made specific references to teachings from religious texts to highlight how Hindus have an obligation to protect the environment. “The Hindu tradition understands that man is not separate from nature, that we are linked by spiritual, psychological and physical bonds with the elements around us,” reads the declaration. It is accepted in the Hindu faith that one's conduct towards the climate will have karmic outcomes, which implies that one can aggregate good karma by effectively protecting the environment.

One initiative that has made heaps of difference in the world is the Bhumi Project—a global effort to bring Hindu communities together for environmental action.

Religious leaders in India also stay proactive in directing their networks toward embracing environmentally-friendly practices. When I spoke with a baba named Ro in India, he said: “This world is only alive if we take care of it.” He added, “through praying and adapting to sustainable activities, we're essentially keeping ourselves alive as without this planet, we can't exist without all things considered. Therefore, I always keep urging my followers to take care of the environment for themselves, if not for others.”

Other religious communities have also highlighted scripture and teachings that encourage an environmental mindset. “I believe that God created this world, and instructed us to look after it. From the first few pages in the Bible, from the book of Genesis we are told of the responsibility we have as part of creation to look after it,” said Laura Young, a Christian environmental scientist, and climate activist who works for Tearfund. She added, “I have been seeing how climate change is pushing people further into poverty, and that climate change is impacting those who are least responsible first, and worst. However, through working with the local church around the world, we are able to equip and support climate action to bring justice.”

Believers are also encouraging major religious institutions to take up a more prominent role in the fight against environmental destruction. “There is no way that we will address the climate crisis or biodiversity loss in any sort of timely manner if the Catholic Church does not engage,” Molly Burhans, a young activist who is helping Pope Francis battle climate change, recently told The New Yorker.

In September of 2015, Pope Francis introduced ‘Laudato Si'—a 40,000 word encyclical on foolish industrialism, natural corruption, and global warming. In it, he mentioned that the planet needed to move away from non-renewable energy sources "immediately," and suggested that affluent nations have a "natural obligation" to right existing wrongs, having misused under-developed and developing nations. The Pope's message is being spread from the Vatican all around the planet by the Global Catholic Climate Movement.

The Qur'an—in chapters (Surahs) such as the “Bee,” “Fig” and “Sun”—also make the conversation between nature and scripture explicit. The Qur’an explains that the Earth is a sacred responsibility, entrusted to us by Allah.

In India, “praying and conventional customs like puja, illuminating diyas—an oil lamp usually made from clay, with a cotton wick dipped in ghee or vegetable oils—and breaking coconuts during troublesome circumstances are said to send messages to god, who at that point reacts back in his own characteristic manner with answers for one's issues, including environment factors” said Baba Ro. He added, “when farmers are confronting issues like the dry spell in Rajasthan, they end up praying for hours to days; after which, it does finally end up raining."