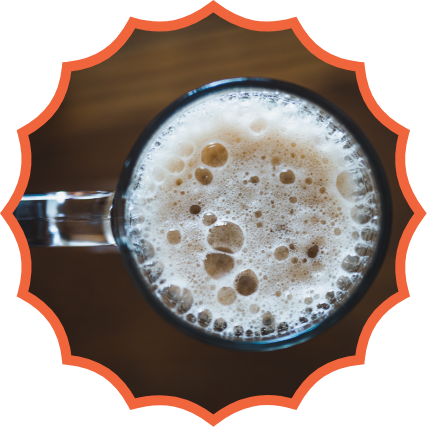 Taking the fizz out of the atmosphere

Breweries are reusing the CO2 they produce | By Hollie Stephens

In 2019, for the first time in human history, levels of carbon dioxide in the atmosphere reached 415.26 parts per million. To combat climate change, we must actively stop adding greenhouse gases to the atmosphere before these cause irrevocable harm.

Thankfully, there are also people working on ways to capture and sequester the carbon dioxide being added to the air. Businesses which produce CO2 as a by-product can now deploy new technologies to store—and in some cases reuse—this captured CO2.

In the brewing industry, the captured carbon can have a useful application without even leaving the building. “For us, CO2 is a waste product and also an ingredient; a raw material” says Colorado’s Denver Beer Co co-founder Charlie Berger. Beer is made by adding yeast to wort (the liquid extracted from the grain mashing process). As the yeast converts the sugar into alcohol, CO2 is released as a by-product.

Breweries typically also use CO2 to package the beer after it has been conditioned. Increasingly, some breweries are choosing technologies that allow them to capture, scrub and store the carbon dioxide that is produced during the brewing process. This same CO2 can then be used for their packing process.

Charlie was intrigued by this possibility, and chose to work with Earthly Labs, a company which specialises in providing compact carbon capture equipment to breweries. “Earthly Labs’ vision is to capture and avoid 1 billion metric tons of CO2” says CEO Amy George. She explains that giving breweries the means to capture and reuse their CO2 is not only environmentally friendly, but also logistically and financially sensible.

"For us, CO2 is a waste product and also an ingredient" - Charlie Berger

In some cases, CO2 produced by beverage manufacturers is also used as fertiliser. This is because carbon dioxide helps crops to withstand drought, protects them against disease, and can also help increase yield. Thanks to the Earthly Labs' technology, Denver Beer Co has been able to sell clean and captured CO2 to a marijuana cultivator. They need the carbon dioxide to stimulate plant growth, as part of a State of Colorado pilot program. Meanwhile, in the UK, leading crisp manufacturer Walkers recently announced their intention to use CO2 captured from beer fermentation to create fertiliser for future potato crops.

CO2 might also be useful in increasing the utility of batteries, thereby assisting in the global effort to improve the viability renewable energy sources, lessening our reliance on fossil fuels. Captured CO2 can be used in place of highly reactive chemicals to extract useful metals from batteries. “By simultaneously extracting metals by injecting CO2, you add value to a process that is known to be cost-intensive,” Julien Leclaire of the University of Lyon, France told New Scientist. In the last few years alone, scientists have made great strides towards developing lithium-carbon dioxide batteries—opening up room for CO2 to be used in the batteries of the future.

“We have one planet” concludes Denver Beer Co's Charlie Berger. “We believe it is our corporate and social responsibility to help conserve and protect our resources.”

From air to stone

Of course, not all captured carbon will have an immediate application, and if we are to meaningfully reduce the amount of CO2 in our atmosphere, then some of it probably needs be sequestered (isolated and put elsewhere).

Iceland-based Carbfix turns CO2 into stone that is stored underground through a process that takes less than two years. This is achieved by accelerating natural processes, through which carbon dioxide is dissolved in water and interacts with reactive rock formations in order to form stable minerals. Fortunately, basalt rock is the most common rock type on the Earth’s surface and is suitable for this purpose. This is because these rocks are often fractured and porous with storage space for the CO2. They also contain the metals needed to permanently immobilise the carbon dioxide, through the formation of carbonate minerals.

Now, Carbfix are working on an ambitious project known as Orca, alongside the Swiss company Climeworks, a company specialising the direct air capture of CO2. Climeworks was started by two friends who met on their first day of university at ETH Zurich and bonded over a shared passion for tackling climate change. “We are proud, together with our partners, to bring the permanent and safe removal of carbon dioxide from the atmosphere to the next level” says Climeworks co-founder Jan Wurzbacher.

Edda Sif Pind Aradóttir, CEO of Carbfix, describes the project as “a turning point in climate action”. The direct air capture project is due to be finalised this spring.

Meanwhile, in Norway, Aker Carbon Capture is working with Norcem, a cement plant, to capture some 400,000 metric tons of CO2 annually. “The captured carbon is transported by ship to a terminal on the west coast of Norway, where it is piped along the seabed and into a reservoir deep below the ocean” says Head of Communications Ivar Simensen. The project, known as Longship, is a milestone project in Norway’s efforts to control climate change. With a large geological CO2 storage capacity under the North Sea, Norway is in a strong position to make a substantial difference through carbon sequestration.

That said, removing CO2 from our atmosphere will not be a quick fix. Carbon capture and sequestration is also notoriously energy inefficient. Some models, suggest that it could use up a quarter of global energy in 2021. As reported by Washington Post, research shows that even with a sharp reduction in new greenhouse gas emissions, it could take decades before we see clear evidence that the warming of the Earth is slowing. Such findings can seem disheartening, and it will truly take a global, group effort to continue working towards making a real difference. For any business that produces CO2 as a by-product, this means being mindful of how it is being released into the atmosphere and considering the alternatives.

Photo by Parker Johnson on Unsplash

Why are there so few people in pictures of climate change? Algae in the walls, pollution in the paint
Previous post
Next post