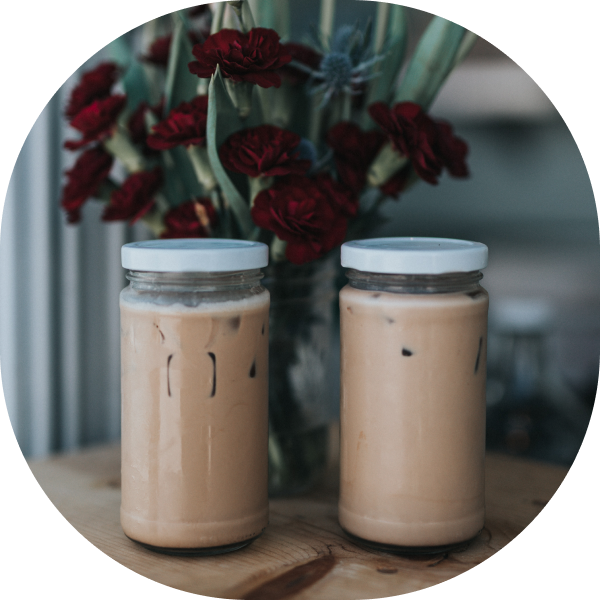 More than 2.5 billion coffee cups are thrown away every year in the UK alone. In a world on fire, that’s a problem worth addressing.

The Problem with Cups

For a long time, recycling has been sold to the public as a solution to wasteful habits but the reality of what gets recycled is shocking. Although many disposable coffee cups have a paper base, these are coated in a polyethylene lining to create a water-resistant seal to hold in the liquid. In order to be recycled, those two materials (one plastic, one paper) have to be separated, a difficult and expensive task that results in those cups most often being thrown in a landfill rather than recycled. Other cup designs, like the ButterflyCup, shirk the lining in an effort to be recycled. However, if they’re not disposed of properly (which involves being free of any food and drink containment) they too will end up in a landfill.

In the quest to find a sustainable solution, some coffee shop owners are turning to reusable glass jars. Brad Penna, co-owner and founder of Horizon Line Coffee in Des Moines, Iowa, made the shift to reusable glass jars in 2019. Every drink served comes in a glass jar that can either be returned for a 25 cent deposit (the same if someone were to bring in a container of their own) or be taken home.

Giving people an option is an important part of the process, but it’s not the only step. Education is also key. In a society where single-use, throw away culture is already so normalized, it takes a real commitment to change people’s habits. For glass jars, that means teaching people the importance of a closed-loop system.

Actress Mandy Moore and her husband are one such example of quick learners. When the couple visited Des Moines, they shared their excitement about the glass jars on social media and made sure to return them before they left town. Not every jar Horizon Line serves comes back to them of course, but if a customer is able to repurpose the jar for something at home, that's still better than in a landfill. As Penna put it, “at the end of the day it’s only more sustainable if it’s reused.”

But there is still a long way to go before these changes are commonplace. Currently, glass jars are more expensive than disposable cups and it can be expensive to constantly restock if jars aren’t returned.

Jordan Mix, a former manager of Pink Elephant Coffee Co in the tourist hotspot of Park City, Utah, spoke of some of the challenges of a closed-looped system in a high turnover economy.

“There needs to be collective buy-in not only from the business owner and employees to commit to sustainable things, but also from community members who are going to understand why it’s important and actively make a choice that might occasionally be a little inconvenient. Maybe you’re paying 25 cents more for a coffee. Maybe it means you’re popping by the shop once or twice a week to return empty jars.”

Much like how making coffee at home will not lift you out of poverty, shifting to a reusable glass jar for your coffee out is not going to stop climate change. However, it will help reduce landfill waste and when done strategically, it helps shift mindsets towards collaborative solutions between businesses and consumers. As Mix offered, “We are not neutral participants in our society. The more authority or “power” we have, the less neutral our participation becomes.”

Photo by Nathan Dumlao on Unsplash