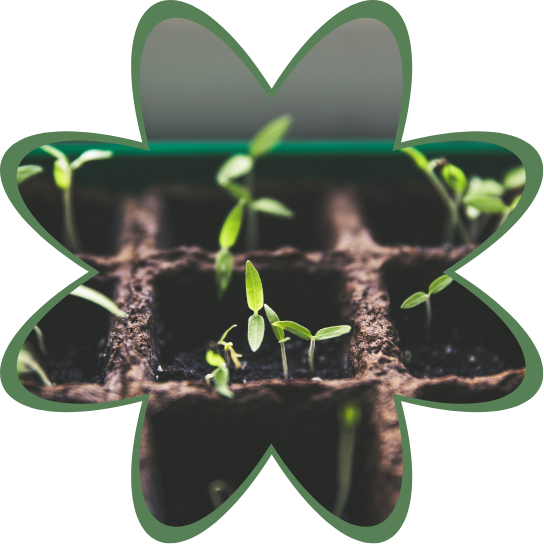 The millennials setting up their own farms

Farmstart schemes and the demand for local food | By Isabella Cipirska

Chris and Emily Huskins had always dreamed of growing organic vegetables on their own farm. The couple, now aged 32 and 29, were already doing as much as they could from their home at the edge of Southampton, alongside their jobs in marketing. They had taken on two allotments and were renting a large piece of land at the front of a country manor, as well as tearing up their own garden for planting—much to their landlord’s dismay.

But they yearned for something more secure, something of their own.

Like all new entrants to farming in the UK, however, they faced a number of hurdles, with cost perhaps the most insurmountable. The price of agricultural land is at record levels, an average of £9,000 per acre. And with land increasingly concentrated into fewer hands, securing some is not always easy. One per cent of population—or 25,000 land owners—own more than 50 per cent of the land in England alone, as Guy Shrubsole revealed in his 2019 book Who Owns England.

This means that for many young people, the farming life seems unattainable. More than half of the millennials questioned in a 2018 survey believed they could not afford to become a farmer, while 43 per cent thought they would need to inherit land to do so. Meanwhile the farming population is ageing rapidly, with the average age of a British farmer now 55.5.

Calculating how long it would take to save up and secure their own farm, Chris and Emily put together a 15-year plan. But then they came across the Ecological Land Cooperative (ELC). “We thought they were too good to be true, to be honest,” Chris said. The ELC gives new entrants a way into establishing their own farming businesses by developing affordable and secure smallholdings. After putting down a deposit, roughly the same as what they would have needed for a small flat, Chris and Emily secured their own 3.7-acre smallholding, one of three on a field just under 20 acres in size in East Sussex. Their business Fanfield Farm is now delivering vegetable boxes to dozens of doorsteps in the area, with 150 more homes on their waiting list. “It’s fantastic,” Chris said.

The ELC model takes away the often prohibitive cost new entrants face when getting started. Money raised through community investment is used to purchase and develop parcels of land, which are then subdivided into small ecological farms and leased on—with a rent-to-buy scheme meaning farmers only need a deposit to begin.

The cooperative also secures residential planning permission—a complex process that can take up to two years—so that the farmers can live on the land alongside running their enterprise. This is key for farmers like Chris and Emily, whose regenerative growing process, which uses hand tools, requires constant supervision. It also solves one of the other pressing issues faced by new farmers: where they will live. Rural homes are expensive—20 per cent more so than those in urban areas, according to a 2017 Halifax survey, thanks to high demand from commuters, retirees and second-home owners. And with the connections between homes and land increasingly thin, it is no longer the norm to rent or buy a home in the countryside that has land attached to it.

"It's not bigger is better. It's about diverse and resilient business models that are providing food for people more directly.” - Rachael Forster

The ELC argues that ecological smallholdings not only help revitalise the countryside and reduce carbon emissions by creating shorter supply chains but, crucially, they can also make money—as it shows in its Small Farm Profits report. "It requires a paradigm shift as to what we think of as a good business model," said Lauren Simpson, communications manager at the cooperative. "It's not bigger is better. It's about diverse and resilient business models that are providing food for people more directly.”

From a consumer side, demand for local fruit and vegetables has never been higher. More than 60 per cent of British people said they would be looking to buy more home grown produce as a result of the pandemic and Brexit, according to a recent survey. Lauren said: "In lockdown, the reaction to the supermarkets running out of supplies, we saw that people started to realise there might be a farmer down the road. We saw a huge increase in demand for veg box sales. Hopefully, that will be a shift that stays.”

But more needs to be done to further open up farming to new entrants. The ELC wants to see more support and start up grants for new entrant farmers, as well as clear pathways for people to learn about ecological agriculture.

One initiative that is attempting to give new entrant farmers the skills and training they need is the farmstart model. Farmstarts typically provide access to land, markets and equipment to give people the opportunity to test out their growing ideas in a protected environment.

Rachael Forster from Tamar Grow Local, whose farmstart scheme offers parcels of land from just half an acre in size in the Tamar Valley, said it took away the financial risk for new farmers and gave them an opportunity to experiment. “It’s a really important test bed for new businesses,” she said. “Everything is there ready to go. They can focus on the important bit of growing—learning what grows well and what doesn’t.”

“Most decisions that are being made on a government level play into the hand of bigger farms, rather than smaller ones.” - Rachel Riley

Rachel Riley and her partner Matt White launched their market garden Hoe Made Acre at the Tamar Grow Local farmstart in June last year. While they were initially attracted to the scheme by its affordability—they pay £500 a year for one acre of land—Rachel said she had increasingly realised the benefits of being part of a larger network. Most helpful has been access to an established route to market through Tamar Grow Local’s food hub. Without it, the 33-year-old said: "We would have been a bit isolated. We would have to set up all the connections ourselves."

Schemes like the farmstart are invaluable to new farmers, but Rachel said they were too few and far between. "There definitely needs to be more support for people who want to do land based projects to access training and access the land,” she said. “Most decisions that are being made on a government level play into the hand of bigger farms, rather than smaller ones.”

But changes are on the horizon. The UK Government recently announced that controversial EU farm subsidies, which saw farmers paid taxpayers’ money based on the amount of land they farm, will be phased out. Going forward, with the pandemic ongoing and the Brexit transition period coming to an end, Rachel is confident that supporting small-scale growers will become even more important. “In terms of our food resilience, moving into a post-Brexit landscape, being able to support small scale operators probably leaves us in a more resilient position.”

Without planting more trees in the tropics, we can’t fix the climate Grazing the ancient soil
Previous post
Next post