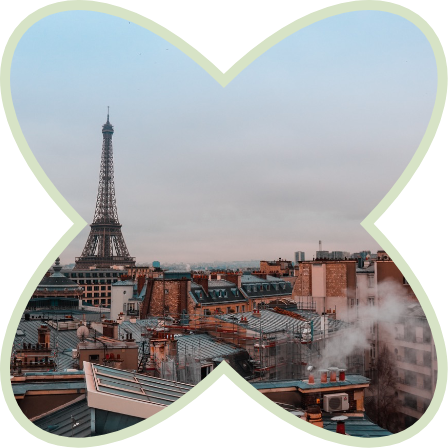 Why we can't go above two degrees

It was a great step forwards. 197 countries had all came to an agreement.

Even the woman hired to make the Paris Deal come together, Christiana Figueres, had not thought such a display of global unity would be possible.

The UN’s International Panel on Climate Change had come together to develop an action plan—a set of goals that could, hopefully, prevent the world from environmental disaster.

As of August 2020, 189 countries have ratified the agreement, the full list can be read here. Its key points include:

(b) Increasing the ability to adapt to the adverse impacts of climate change and foster climate resilience and low greenhouse gas emissions development, in a manner that does not threaten food production, and;

At its core, the Paris Agreement asks the countries of the world to work together to commit to limiting the amount of man-made global warming over the course of the next century.

Why is it necessary?

Since the advent of the industrial age (in the 1800s) the world has heated up by just over one degree celsius. Today, there is more carbon dioxide — a key driver of global warming — in the atmosphere than at any other point in the last 800,000 years (which is way before humans existed).

Climate models estimate that going beyond another degree or so of warming overall could knock many global systems out of kilter. We do not know exactly what the consequences will be, but they will no doubt include large regions of the world becoming uninhabitable and devastating weather triggering droughts, famines, mass migration and political instability.

This is why the Paris agreement focuses on limiting global warming to between 1.5°C and 2°C above pre-industrial temperatures by 2100. It’s considered to be our only hope to have a climate that is stable enough that we can plan how to live with it.

While to some it might feel overly realistic and pessimistic — even though it acknowledges that humanity will continue emitting large amounts of greenhouse gases for some time to come – it is still incredibly ambitious.

According to recent studies, even if most of the Paris deal commitments were met, the planet would see a 3.2°C increase above pre-industrial temperatures. The UN Environmental Programme says that this will lead to “wider-ranging and more destructive climate impacts”.

Sticking to our promises

Enforcing the deal is another issue. Commitments are made in vague and flexible terms. This could be seen as a strength since climate goals will evolve and getting a global agreement is notoriously difficult, but it is also a weakness in terms of accountability. There are no mentions of fixed contributions from any particular nations and beyond diplomatic peer pressure, very little to stop countries breaking these new rules.

As proof of the IPCC’s limited power, Donald Trump has repeatedly declared that the US will pull out of the Paris deal – even if this cannot officially take place until November 2020.

Nonetheless, the Paris agreement does provide a global standard — a founding treaty for what a coordinated effort against climate change could look like.

In terms of implementation, so far, not so great. In 2019 global carbon emissions rose by 4% compared to 2015. The Guardian reported that this was despite emissions “having to fall by 7.6% a year for the next 10 years to stay within the limits advised by scientists.”

You can see how well each country is sticking to the Paris agreement’s goals here. Right now, only Morocco is really on track.

What can you do to help?

SAN guides are brief introductions to the core debates and ideas in the world of sustainability. They are constantly evolving — with our editors and writers adding new angles and facts as these emerge.