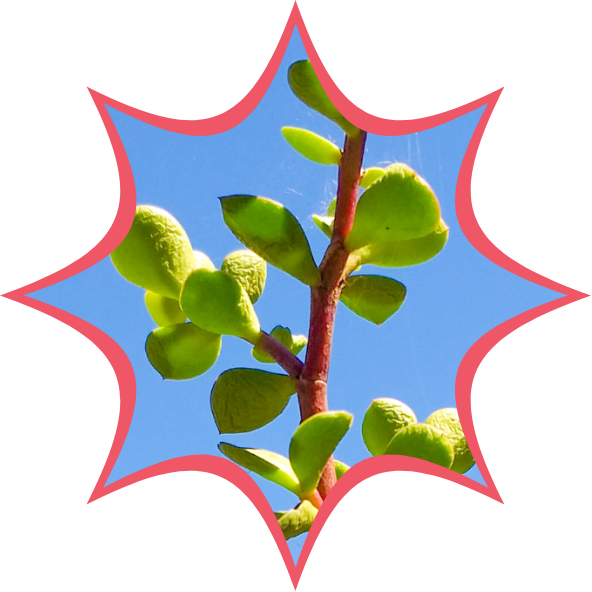 The rise and fall of South Africa’s super plant

Spekboom captures carbon and combats droughts, why don't we hear more about it? | by Jaco Prinsloo

When Professor Richard Cowling’s team of scientists made the discovery, they immediately realised its significance.

It was the early 2000’s, on Krompoort, a farm outside Kirkwoord in the Eastern Cape province of South Africa. Cowling’s team found that spekboom-rich vegetation could store up to 20 times more carbon than would normally be expected from similar vegetation—up to 200 tonnes per hectare.

The humble ‘spekboom’ plant has been favoured for millennia by the ancient hunter-gatherer tribes of the region for its medicinal and dietary benefits. Now it is becoming a revelation on a bigger stage. Spekboom, or Portulacaria afra, was a carbon-sucking super plant, a veritable sustainability rock star.

A small-leaved succulent with a reddish stem that is indigenous to the dry, semi-arid Eastern Cape, the spekbloom proliferates easily and spreads widely. Until roughly two hundred years ago subtropical thicket vegetation, of which spekboom is the dominant species, covered up to five million hectares of the Eastern Cape. Its ubiquity made it vital to the diets of various animals such as elephants, rhinoceroses and kudu. It also helped to guard against erosion and maintained ground water levels. In short, the spekboom was crucial to the health of the entire ecosystem.

"Spekboom-rich vegetation could store up to 20 times more carbon than would normally be expected from similar vegetation—up to 200 tonnes per hectare."

Its hardiness and generous distribution, however, also made it attractive as grazing for other smaller farm animals, like the mohair-producing angora goats. Centuries of overgrazing by livestock, combined with various indiscriminate farming practices, has decimated vegetation. By the middle of last century, up to 80% of thicket was either moderately or severely damaged.

Rehabilitating the vegetation by re-planting spekboom was not a new idea, and had been experimented with by visionary agriculturists like Krompoort owner Henry Slater as far back as the 1970’s. Its carbon-storing ability however, was unknown before Cowling's study, and the discovery was considered a massive breakthrough in the battle against climate change.

A spek of hope

"We had no idea that carbon in thicket was so high, and when we started comparing it to carbon in other systems, we found that it was more what you would expect in a forest, than in a desert," says Cowling, a biologist from the Nelson Mandela University in Port Elizabeth. "This was amazing," he adds, "and we were just gobsmacked." The main driver of this unique characteristic of spekboom-veld is the tree’s unusual ability to toggle between different pathways of photosynthesis depending on prevailing climatic conditions. This allows it to retain exceptionally high levels of moisture and act as the vegetation’s main ‘carbon pump'.

With the help of international organisations like UN Environment Programme, along with invaluable input from ‘champions’ at the South African Department of Water Affairs, the largest vegetation restoration project in the Southern Hemisphere was launched. The aims were multi-fold: restoring the health of the ecosystem, while simultaneously sucking up outsized levels of carbon and offering ample profit opportunities to investors via the carbon trading market.

"It also helped to guard against erosion and maintained ground water levels. In short, the spekboom was crucial to the health of the entire ecosystem."

Initially the project made encouraging strides. Significant interest was generated among major corporations, investment bankers and energy producers, all eager to offset their carbon footprints and invest their clients' capital in ‘green schemes’.

Then it all dried up

When financial markets crashed in 2008, the bottom fell out of the carbon market. Interest in the projects waned. "It was a good idea in a bad environment, a bad financial context," says Cowling. Potential investors were put off by the thirty- to fifty year timeframe required to generate quantifiable financial returns. "One banker told us that our project brings tears to his eyes, it’s so beautiful, but they just couldn’t wait that long," Cowling recalls.

Along with uncertainty over land rights in a complicated South African political context, this has made it difficult to convince agricultural stakeholders of the long term benefits of spekboom-rich ecosystems. Farmers want to extract as much value from their land in as short a period as possible, says Cowling, and to see the water in their dams, as opposed to theorising about what is going on underground. So the money kept drying up, along with the streams and fields of the Eastern Cape.

"One banker told us that our project brings tears to his eyes, it’s so beautiful, but they just couldn’t wait that long" - Richard Cowling

The price of water

Research projects have continued, however. Scientists like Professor Marius van der Vyfer, of the Spekboom Restoration Research Group, are currently developing methods and protocols to speed up carbon-level quantification, in order to facilitate the carbon-trade financing that will make spekboom commercially viable for farms and business alike. This research has achieved considerable success in streamlining the thicket rehabilitation process, and some in the region, like citrus-farmer Pieter Kruger of Zandvlakte in the Baviaanskloof, 150 kilometres west of Krompoort, have slowly come around.

For Kruger, it was a case of necessity, and pure desperation, as his soil could simply no longer retain water after heavy rains. "I have always been a farmer," he says, "but in 2007, I knew I could not go on. There was no more water." Kruger joined the Working for Water governmental programme, aimed at restoring degraded watersheds, and over a period of three years planted millions of spekboom cuttings across 1 500 hectares on his farm. "I have never regretted that decision," he says, adding that during recent heavy floods, the spekboom plantings did exactly what they were supposed to, helping the water penetrate the soil instead of draining away.

Recent years have also seen a resurgence of interest in spekboom, particularly among private individuals and tourism businesses. The Samara Private Game Reserve outside Graaff-Reinet, for instance, has been planting new cuttings since 2011. For the reserve, improved biodiversity and heterogeneity, makes good business sense, as it ensures the attractiveness of their luxury reserve to potential visitors.

Efforts like those at Samara are a good start, says Cowling, but he maintains that, in order for spekboom to attain its true potential, those with the power to make significant impacts need to do so, and soon. He believes that we’ll see change ‘once the economic order changes, and becomes more sympathetic to quantifying the different benefits that a resource like spekboom can provide, such as better water retention. "After all," he concludes, "what is the value of water?"

Images courtesy of the author

This story is part of Covering Climate Now, a global journalism collaboration strengthening coverage of the climate story.