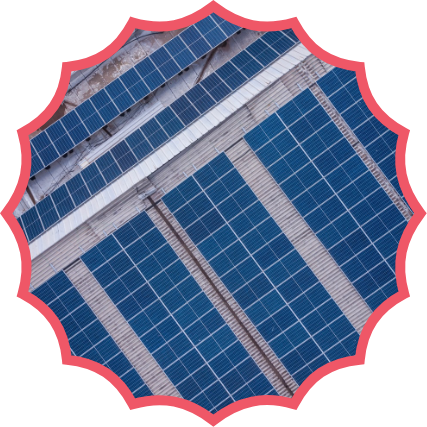 The sun rises on solar power

Despite years of stagnation, solar energy is making a comeback in the UK | By Joey Tyson

When the UK government called time on solar subsidies back in 2015, it cast a long shadow over one of Britain’s most promising sustainable energy sources. Rapid growth slumped to a crawl. Since 2016, Britain’s solar megawatt (MW) capacity has increased by just under 2,000MW, merely a quarter of the growth seen during the previous four-year period.

But now, driven by increasingly affordable and more efficient technology, solar is making a comeback. From small scale domestic installations to huge new developments, the UK is increasingly looking towards the sun as a major energy generator.

Solar and the simple life

Somewhere in Devon, Nick Rosen leads an uncomplicated life. For the past year, he’s been living off grid, in a small cabin that he built from scratch. Surrounded by nature, it’s a life free from rent, bills and the bank. “It brings you much closer to nature. You really do depend on the elements—it matters to you when it’s sunny,” says Nick.

Nick has been living this way on-and-off for the last 20 years, splitting his time between the UK and Majorca, where he has a similar self-sustainable home. Despite the significant difference in sunlight hours, his electricity needs in Devon are also completely met by solar power. His set-up is simple, but effective: two 400w solar panels and a set of powerful forklift truck batteries. For cooking and heating, Nick relies on a small wood-burning stove.

“I’m still finishing this one off. It’s a bit like Walden by Thoreau—a shed in a field. I’ve planted a wood around it. I have two different solar systems for it. One, just for the lights, and one for charging my phone, and that kind of thing,” he says. “The main thing is the batteries. I have two batteries second hand from forklift trucks, and they are fantastic. They store a lot of energy. In a way, more important than the solar is the batteries.”

Nick is the author of a book, aptly named “How to live off-grid” and founder of off-grid.net. Self-sufficiency has long been his area of expertise. But now advances in solar technology over the last decade have made things so easy, that almost anyone can set up their own system, according to Nick. “With solar, it’s simple (to install) and it doesn’t break—there are no moving parts.”

Living completely off-grid doesn’t have to be your end goal to make the most out of solar energy. Given the recent technological advances, most homes can now cut energy bills, while also reducing their carbon footprint. Capacity for solar in installations between o-4w (the range most standard homes fall within) has grown steadily since 2016, according to statistics from Department for Business, Energy & Industrial Strategy, as more homeowners look to take advantage of falling costs.

But generating enough power with the available roof space can be difficult, especially in a country like Britain which isn't exactly famed for its year-round sun. Solar technology company, Oxford PV, is hoping to change that with its new photovoltaic panels.

By layering a very thin layer of the chemical perovskite on top of standard silicon solar cells, Oxford PV has created panels that can deliver up to 20% more power than those currently available. Dr Chris Chase, Oxford PV's chief technology officer, told SAN that not only will it provide energy for less space, but the technology will also drive down the cost of solar energy further.

“By having panels that make extra power, ultimately the energy they make will become less expensive. If it’s less expensive, it just drives the adoption of solar, faster,” says Dr Chase. “That’s important for the planet, from a sustainability standpoint, because even with the adoption of solar at the anticipated rates, it’s still not fast enough to combat climate change. We need to get people doing more solar, faster.”

Even with this new tech, the average home set-up is unlikely to generate enough power from solar alone. However, individual self-sufficiency isn’t the be-all and end-all of solar power, argues Dr Chase, who is hopeful that panels fitted with Oxford PV’s perovskite cells will be available by the end of next year. “The end goal is getting the UK working independently of external power sources,” he says. “We want to help the grid, supporting it by generating energy during the day, and buying it back at night, acting as a buffer—that’s the best way to have an energy policy.”

Currently, homeowners with solar installations can export any excess energy generated back into the grid in exchange for payment through the government’s Smart Export Guarantee (SEG).

The falling cost of solar isn’t just benefitting homeowners. Across Britain, a raft of large-scale projects are beginning to take shape, cashing in on the cheap tech and long-term affordability. Indeed, solar now offers some of the cheapest electricity ever, and is consistently better value than new coal, according to the International Energy Agency’s World Energy Outlook 2020 report.

Combined, these projects will amount to 10,000MW, which will almost double the UK’s current solar capacity. The biggest of them all will be Cleve Hill Solar Park, Kent, a joint initiative between Hive Energy Ltd and Wirsol Energy Ltd. Upon completion, it will be able to power at least 91,000 homes.

Hugh Brennan, managing director at Hive Energy, told SAN that the cost of solar technology had dropped significantly due to increased scale and capacity, creating competition with conventional sources of electricity. “The Cleve Hill Solar Park aims to be one of the lowest cost generators of electricity in the UK and is a subsidy free project,” he says.

But the project wasn’t without its challenges. Facing opposition from the local community over the park’s appearance, the number of solar panels was almost halved compared to the original plans. To mitigate the impact on local wildlife, a lengthy consultation with conservation groups has also been established. “Consultation with Kent Wildlife Trust, RSPB and Natural England and others has taken place to ensure that net gains for biodiversity within the site through enhancements is achieved,” says Hugh.

Despite such setbacks, construction is set to start in spring 2021. Once operational, it will be a landmark site for renewable energy in the UK, and more proof that solar has a bright future ahead.

Photo by Guillherme Schneider on Unsplash