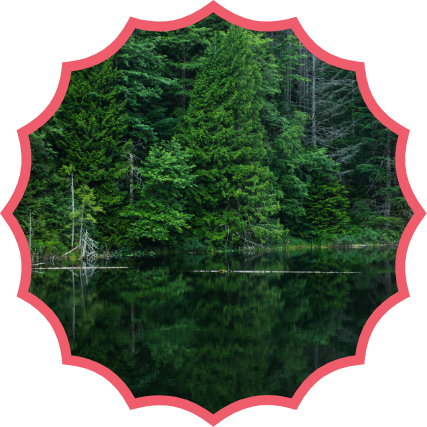 Footprint is about original stories. We don't have the resources or the desire to take attention away from other news site. But there is a lot of great stuff being published elsewhere.

So here are a few must-reads from the wider world of climate writing.

A choke-on-your-oat-milk scoop (albeit from a month or two ago), that reveals how big corporations like Disney and JP Morgan can claim to be reducing emissions, all while emitting more carbon. The magic ingredient that justifies business travel in the 2020s? Carbon 0ff-setting. In these cases, it's partially achieved by investing in large-scale forest 'preservation'.

Of course, you say, that's what they all do. Plant a tree with one hand and set it on fire with the other. But here, Bloomberg Green reveals, even the carbon offsets are phoney in and of themselves:

"By funding the preservation of carbon-absorbing forests, the companies say, they’re offsetting the carbon-producing impact of their global operations. But in all of those cases, the land was never threatened; the trees were already part of well-preserved forests."

"By taking credit for saving well-protected land, these companies are reducing nowhere near the pollution that they claim."

We are going where no human has gone before

This essay by Peter Brannen in The Atlantic is a must-read for anyone looking to understand the predicament facing our planet.

It works off a simple premise. Since levels of atmospheric CO2 correlate with temperature and weather events, we can look into the deep past to see what the future holds for us. And you need to go back more than 3 million years to find levels of CO2 similar to ours.

Climate change is a fact of planetary life—one that blissfully, we have yet to fully experience.

"All of recorded human history—at only a few thousand years, a mere eyeblink in geologic time—has played out in perhaps the most stable climate window of the past 650,000 years. We have been shielded from the climate’s violence by our short civilizational memory, and our remarkably good fortune."

The story a wild and brilliantly constructed ride into our planet's tempestuous history.

It also opens with a perfect, galaxy brain of a sentence: "We live on a wild planet, a wobbly, erupting, ocean-sloshed orb that careens around a giant thermonuclear explosion in the void."

The hills can have batteries

Okay, here's one bit of good news, as a treat.

There is potential energy all around us, quite literally. All we need is the know how to make it work.

The Guardian reports on an exciting technological innovation that could turn even a modestly sloped hill into a micro-power station or "battery". Such hydropower projects were previously limited to steep cliffs and mountains.

"The hillside projects would mimic the UK’s traditional hydropower plants by using surplus electricity to pump water uphill, and later releasing the water back down the hill through turbines to generate electricity when needed.

But the “high-intensity” hydro projects use a mineral-rich fluid, which has more than two and a half times the density of water, to create the same amount of electricity from slopes which are less than half as high."

Oh oh oh okay, have another good thing. You can now listen to forests around the world on a really gorgeous calming site: https://www.tree.fm/

Photo by Bryce Evans on Unsplash