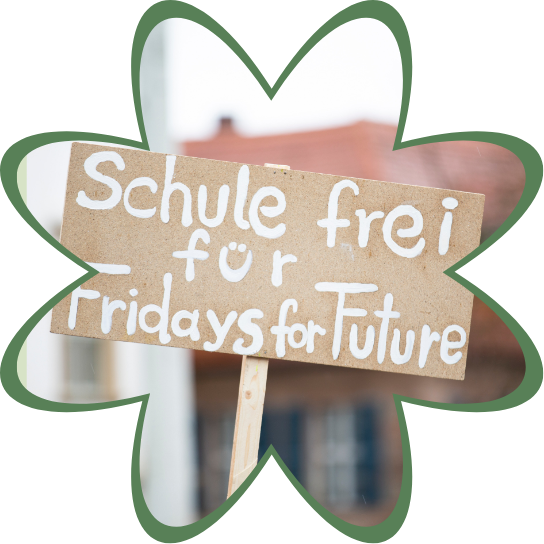 For climate activists, it is young people who offer hope | By Bron Willis

Jane Goodall is an 86-year-old climate action leader; Damon Gameau is the 43-year-old director of the climate solutions documentary 2040; and Bella Burgemeister, 14, is an Australian School Strike 4 Climate activist and climate action leader. We asked each of them to tell us why as informed citizens of a world in crisis, we have reason to be optimistic.

Jane Goodall, 86: "If you do something, if you take action to make a difference, you will move out of this depression."

“Everywhere I go there are young people of all ages, shining eyes, eager to tell Doctor Jane what they’ve been doing to make the world a better place.”

Jane Goodall is best known for the trailblazing conclusions she drew about the animal world after living with chimpanzees in the Tanzanian rainforests of Gombe in the 1960s, in a study still recognised as the longest continuous study of chimpanzees in the world.

In 1986, Jane’s work began a natural evolution from scientific study to protecting the forests that chimps and local communities called home, and eventually into broader environmental and climate activism. In 1991 she launched her youth leadership program Roots & Shoots, which now gives children in 65 countries the tools to create change 'for people, animals and the environment'.

“They roll up their sleeves and take action. And when you do something like that, you see that you're making a difference.”

Jane is aware of the weight that being informed can place on people’s shoulders. She takes issue with the “think global, act local” approach, arguing that it provides grounds for depression.

“With people’s awareness growing about the state of the world, many people become deeply depressed. And they feel helpless. You can’t help it, because we’re living in such a mess, it’s very dark right now.”

Jane argues that if, instead, you can think locally, you can see what’s happening around you and find your power within your community to change for the better.

“If you do something, if you take action to make a difference, you will move out of this depression. And then, knowing that there are other people doing exactly the same thing in your local community, you can make a difference too. Then you dare to think globally.”

Jane also cites the indomitable human spirit as reason for hope—that there are “people who tackle the impossible and won't give up”. She also sees human intellect and our ability to create technology that can create better harmony with nature, as a reason for hope (pointing out however, the difference between intellect and intelligence: “If we were intelligent, we wouldn't be destroying the planet.”)

Until this year, Jane followed a gruelling international schedule, travelling roughly 300 days a year to spread her message of action and hope. Jane is famous for her animated rendition of a chimp greeting, which has her whooping in front of audiences of hundreds, as a form of chimpanzee “hello”. Jane leaves a glow of excitement and energy in her wake.

Jane’s plans to tour and fundraise with this year’s National Geographic documentary, Hope, a celebration of the 60th anniversary of her arrival in the Gombe forests, were shelved when the virus began—and so she has been busy cultivating what she calls “virtual Jane”, from her childhood home in Bournemouth, UK.

Jane doesn’t shy away from the knowledge that she doesn’t have much time left to spread her message—in both her own life and that of the planet.

“There’s a window, but it’s closing. And this virus has opened it for a while, so that nature has been given a breathing space.”

But she’s not one for whimsical notions of hope. Her optimism is born from evidence.

“Everywhere I go, there are places that we once destroyed, where the greenness and nature and wildlife is coming back.”

Damon Gameau, 43: “I didn’t want to shy away from the urgency... It’s a problem, but look at all these people doing wonderful things to fix it”

When filmmaker and climate activist Damon Gameau’s young daughter started asking him about the future of the world, he found himself having conversations that would steer the course of his career.

“She started asking questions about the climate strikes the kids were going on and her friends’ brothers and sisters, so I just found myself thinking, ‘right, how do I talk to her about this?’”

Damon’s film, 2040, released in June 2019, is the answer to that question. It’s a highly optimistic and thoroughly researched investigation into what 2040 could look like if we used the technologies already available to us, to tackle climate change and the many associated problems humanity is grappling with. And at its centre is a message of action, just like Jane’s.

Damon has read the alarming headlines, just like the rest of us. He doesn’t shy away from their truth.

“I didn’t want to shy away from the urgency. I wanted to say, yep, this is what’s going on. It’s a problem, but look at all these people doing wonderful things to fix it.”

“We know there’s an emergency and we have to pay attention. But if you don't show people where the exits are, they paralyse and freeze. If instead we point out these doorways over there? If we go through those, we can actually create a better world.”

Positive by nature, Damon admits to “usually being light of heart”. This hope for the future is evident in his film, which features a micro-grid electricity solution that benefits villages in Bangladesh, seaweed farms in Australia and the empowerment of women and girls in Pakistan.

Damon’s hope is far from light-hearted. Rather than a “frivolous hope or a hope that's wheeled out at election time”, Damon wanted to offer what he calls “muscular hope”.

“What I really wanted to offer in 2040 was a grounded optimism. I wanted to make sure that we were really robust in our data and that the solutions we explored were scalable and possible.”

Damon’s research was a “deep dive” into climate science and renewables. He and his researcher worked for eight months interviewing over 80 academics, economists and futurists from around the world. Damon describes the film as a “four-and-a-half-year project hunting for hope.”

That experience had a positive impact on Damon and he dreamed about sharing that impact with others.

“The more I researched, the more I felt my own beliefs about the possibilities of what we could achieve, shifting.”

2040 is also an alternative to what Damon considers an out-of-date method to move people into action: fear.

“Twenty years ago, when a documentary or a news item was shocking and fear-inducing, that would elicit huge change, but now we get that twice, three times a day… We’re crying out for some glimmer of hope.”

Damon’s work offers more than a glimmer. The Regeneration Project associated with his film has raised over $1.5 million. The project's action plan helps everyone 'learn about, contribute to, advocate for and invest in regenerative solutions to improve our planet.'

“These solutions have been brought to life by our community,” says Damon. “And that’s really solid evidence that we can use hope and optimism—if it's grounded in reality—as a great way of motivating people.”

Bella Burgemeister, 14: "You could hear our chanting through the whole city"

When Australian climate striker Bella Burgemeister looked out in 2019 at the throng of 5000 high school students and supporters gathered before her in the Perth CBD, she felt a surge of something that powers her to this day still.

“It was amazing. It was so scary. I was getting up on a stage and reading from a piece of paper, my hands were shaking. But it was a really amazing feeling to see all those kids holding up those banners. You could hear our chanting through the whole city. It just got so powerful. The energy was amazing.”

Bella is both upbeat and highly informed about the challenges she and her friends have inherited. At the age of 10, she published a children’s book to help kids understand the climate crisis, called Bella’s Challenge. Her goal was to make the 17 UN Global Goals for Sustainable Development more accessible for children. She’s also active in Millennium Kids and School Strikes 4 Climate, and sits on boards for organisations like Climate Justice Union and her local Youth Advisory Council.

It’s a busy schedule for a 14-year-old, spending 10 to 20 hours a week on activism. While Bella’s drive for change is what keeps her positive, she’s realistic about the pressure her generation is under.

“Just sometimes, I think ‘Man, I wish that I hadn’t done all this because it's such a huge burden as well.’”

The weight Bella’s generation carries at such an early age is not lost on Damon Gameau either.

“When I was 17,” he says, “I was eating Barney Bananas and riding a pushbike down to the deli. These days [kids like Bella] are at the UN, trying to fight and convince leaders for their futures. That’s not how it should be.”

“Kids these days are so worried about the planet, that it just takes up all their time..." she says. "Optimism is a good way of trying not to let that take over.”

Bella has certainly taken the message from those like Jane Goodall that action creates hope, and ran with it.

So, what world would 14-year-old Bella like to see when she is eighty-six?

Our guide to a sustainable Christmas Without planting more trees in the tropics, we can’t fix the climate
Previous post
Next post