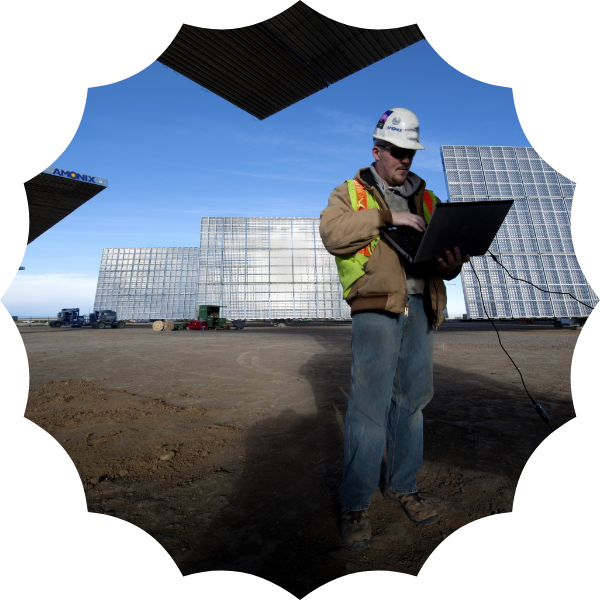 When Britons think of trade unions, they still think of coal. And of a bitter showdown between mining-industry organisers and the government, which saw employment by British Coal drop by over 90% in the ten years that followed.

The desire for cleaner power in oil played a negligible part in Thatcher’s crusade – but the ensuing shift away from toxic coal emissions certainly wasn’t a bad thing for the planet. Last year saw our longest stint since the Industrial Revolution without coal; the carbon intensity of UK electricity generation fell by 60% in the six years preceding 2019, and renewable energy is creeping towards dominance.

However, the events of the 1980s are also – as we look to shift not from coal to oil but from oil to wind, solar, and so on – a lesson in the kind of transition we don’t want. To this day, former mining communities face continually high unemployment and low welfare, still ‘scarred by the legacy of the past’.

Arthur Scargill might argue for the reopening of the mines post-Brexit, but a new generation of trade unionists are putting environmental justice, together with labour justice, right at the top of their agenda.

Trade union membership fell to an all-time-low of 6.23 million in 2016, but this number has risen steadily since. Simultaneously, the Green New Deal – loosely, legislation that addresses climate change and economic inequality in tandem – has moved from the fringes to the foundation of much climate policy-making.

Unions may have been smeared as the enemies of innovation, but innovating to reach net zero is not the same as innovating for the sake of pure efficiency. Dealing with climate impact will see a total upheaval in how we conceive of corporate progress; ultimately, organisations that fail to meet high ethical and environmental standards will find themselves getting left behind. Likewise, there can be no innovation without the creativity and exertion of workers themselves.

‘Trade unions are principal social actors in the labour process, but have been largely ignored in the climate change literature.’

‘Workers have the interest and collective capacity to reduce greenhouse gas emissions, to address the differential impacts of climate and climate policy, and to coalesce workers to tackle climate change’ he continues.

‘The recent experience of UK trade unions suggests they have a vital role to play as climate actors and, suitably reconfigured, the capability to renew their role in the twenty-first century.’

Unionised workers have collective bargaining power, which can be channelled towards fighting for – and facilitating the implementation of – Green New Deal principles. Will the coming years see a resurgence in their popularity? By positioning themselves at the forefront of worker-led climate action, unions could take on a new relevance.

Already, UK millennials and Gen-Zers are becoming reacquainted with trade unions – notably through the IWGB, which operates on behalf of gig economy workers, and the VICE UK Union, which arose in response to labour precarity in the world of digital-only media.

According to Declan Owens, a lawyer with Thompsons Solicitors Trade Union Law Group, who will be attending COP26 with an international delegation of lawyers, “There is a generation that is being trained in the logic of protest and, therefore, I would argue the logic of trade unionism. I have represented inspirational millennials in many trade unions, including the new generation of media, such as VICE, where they fought hard and won trade union recognition.”

“The future is bright, the future is green,” says Declan, who I spoke to as strike action hit the headlines in the background. Two teenagers recently went on hunger strike over a proposed new coal mine in Cumbria, and circa 7,000 British Gas staff (mostly engineers) are striking against fire and rehire pay cuts.

This is a move a British Gas spokesperson declared “fighting against modernisation and changes which will help to protect well-paid jobs in the long term”, but one that Declan predicts will become more common as our green transition unfolds. While drawing too explicit a link between external pressure on British Gas to green up and dwindling workers’ protection “is not the correct entry point for any analysis of the dispute”, “there is undoubtedly some relevance”.

“I predict that there will be more industrial action [in the coming years] because the British Government does not have the right institutional approach to safeguarding a ‘Just Transition’ for workers to meet the requirements of the Paris Agreement.”

“One only has to look at the ‘Golden Triangle’ of social protection in advanced European economies such as Denmark and Sweden where they secure jobs through re-training and generous unemployment benefits.”

How can workers push against greenwashing and for upskilling within their workplaces? Already, we’re seeing sporadic instances of those in extractive industries turning against extraction – such as these ship builders and steel workers, who demanded their docks be used to house renewable energy infrastructure, and these miners in Appalachia rooting for a Green New Deal.

There is hope, however, that such realism will proliferate. “There is some protectionist resistance within some trade unions because of the fear of job loss in extractive industries or those that will face large disruption,” says Declan. “However, with the right policies their fears can be overcome, and it is the vision of GMB for a Green New Deal [GMB4GND] and the Campaign Against Climate Change Trade Union Group [CACCTUG] to show the leadership required.”

Alongside the Greener Jobs Alliance, a body inclusive of unions, student organisations, campaign groups and a policy thinktank, which promotes green skills training and job creation, GMB4GND and CACCTU are amassing support slowly but surely.

The former is, in the words of member Alex Brent, an attempt from the third largest UK trade union to “lessen the impact of the climate emergency”. According to Alex, GMB members (some of whom are incidentally currently striking at British Gas) “work in a range of industries, from energy to aviation, and have ready-to-use skills and expertise for the green economy – from retrofitting homes to turbine production.” The latter has gained recognition for its proprietary One Million Climate Jobs campaign, supported by eight national unions.

We are at a potential crossroads for environmental and labour justice; young climate activists have learnt much – in a tactical sense – from the industrial action of the past, and trade unions only stand to benefit from displaying that same willingness to learn. As is the case for businesses and political parties, rising to the climate emergency challenge is the only way to remain relevant – there is no room for “competition and/or suspicion”.

“In a lot of ways the need for ‘system change for climate justice’ is an opportunity for the labour justice movement”, concludes Declan. “[Modern workers] need to avoid the treatment that faced coal mining workers, and indeed, their communities that occurred in the shift from coal.”

“There are no jobs on a dead planet. It is my view that the labour movement will eventually push for the necessary economic and social change to secure environmental victories.”

This article was previously published by Maddyness and Ours to Save. It appears in Footprint Magazine as part of a content partnership with Ours to Save.

Article written by Florence Wildblood, a environmental journalist at Maddyness UK and the editor of Ours to Save. (@flossiewild)

Photo by Science in HD on Unsplash