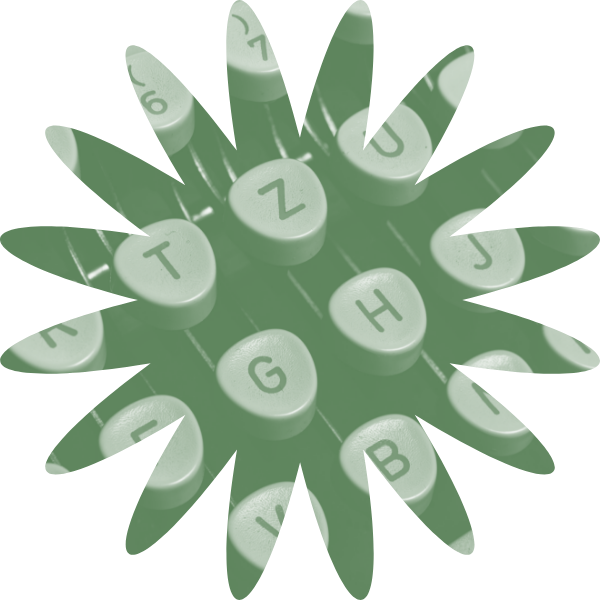 What can we learn from ecolinguistics?

“A man may take to drink because he feels himself to be a failure, and then fail all the more completely because he drinks. It is rather the same thing that is happening to the English language. It becomes ugly and inaccurate because our thoughts are foolish, but the slovenliness of our language makes it easier for us to have foolish thoughts.”
George Orwell, Politics and the English Language, 1946

In 1946 George Orwell published his famous essay Politics and the English Language. It was a warning against the lazy, jargonistic and vague ways that people and, in particular, politicians were using language. He argued that the inaccurate use of language obscures clarity. In turn, this impacts how we understand the world as well as how we behave in it.

The linguist Michael A.K. Halliday succinctly echoed Orwell 46 years later: “language does not passively reflect reality, rather it actively creates it.” So, if we change our language we can change our reality. Publishing the paper New Ways of Meaning: a challenge to applied linguistics, he urged his fellow linguists to recognise their responsibility in shaping the emerging ecological problems. Halliday emphasised the connection between attitudes of growthism, classism and specieism and the new corporate language that society had adopted. Lexicographers rose to the occasion, responding to his call to action by inventing a new field of linguistics—ecolinguistics.

But just what is ecolinguistics and why is it useful?

According to the linguist Arran Stibbe, author of Ecolinguistics: language, ecology and the stories we live by, this area of study “is about critiquing forms of language that contribute to ecological destruction, and aiding in the search for new forms of language that inspire people to protect the natural world.” But you don’t need to be an academic to practice ecolinguistics, in fact, we can see its influence all around us.

A prime example of ecolinguistics in action is the Guardian’s decision in 2019 to overhaul its editorial guidelines for writing about the climate. One of the major changes stipulates that the words ‘climate crisis’, ‘climate emergency’ and ‘climate breakdown’ should be used in preference of the more passive word ‘climate change’. “We want to ensure that we are being scientifically precise, while also communicating clearly with readers on this very important issue,” said the editor-in-chief, Katharine Viner. The repetition of crisis, crisis, crisis, instead of change, change, change can have a significant cultural impact.

But, if language has the power to influence positive action, then, of course, it can also be used for the opposite. For instance, during the Trump administration, the Department of Energy referred to fossil fuels as “freedom gas” or “molecules of freedom”. While this decision may seem somewhat amusing—the author Jordan Weismass points out that freedom gas sounds euphemistically like flatulence—it shows how easy it is to obscure information with just a few taps of a keyboard. Press backspace a few times, type a new combination of letters and, **abracadabra**, the public has no idea what you are talking about.

New words for a new world

And so, we return to Orwell’s warning that we need to be precise, clear and deliberate with the words we choose. But understanding exactly what we mean can be a challenge when new words about the climate crisis are always emerging. These neologisms are bursting forth from scientific research papers, memes, op-ed pieces, projects like The Bureau of Linguistic Reality, start-ups and so many other sources. Cli-Fi, solastalgia, carbonism, eco-grief, bathtub rings, technofossils, flygskam and proforestation are just a few of the new terms now entering the English vernacular.

Keeping up with the *Word-ashians*

Luckily, we live in the age of the internet and definitions are usually just one hop, skip and click away. The usefulness of hyperlinks and agile online dictionaries can not be underestimated in helping words about the climate crisis to be disseminated, circulated, concreted and normalised. For example, ‘climate strike’ was Collin’s Dictionary’s Word of the Year in 2019 and climate-related words, such as ‘agroforestry’, ‘bioenergy’, and ‘net-zero’, all entered the Macmillan dictionary in 2020. In addition to being useful in helping us understand the words, these dictionary entries reflect the fact that we are talking about the climate crisis more often and in increasingly specific ways because new dictionary words are selected based on data about frequency of use.

Another initiative looking to counter the jargonistic-barriers of understanding ecological language is Root Words—a crowd-sourced (but edited) “climate change dictionary” created by The New Twenties magazine. The editors say that a key audience for their dictionary is people who are just beginning to learn about the climate crisis, stating that, for many “the knowledge gap can be impenetrable. As such, by building a quick-to-reference word bank, we hope to provide the tools to quickly understand a topic whenever definitions are lacking.” The digital nature of the dictionary allows for media outlets, organisations or individuals to link out to words’ definitions rather than having second-hand definitions which are full of clumsy and cumbersome definitions.

When it comes to the climate crisis, language matters. The idea that language and the climate crisis (two seemingly disparate fields at first glance) are related is beginning to spread beyond the field of ecolinguistics and into the public consciousness. We cannot fix the climate crisis all at once but we can begin by adapting how and why we speak, write, tweet and communicate about it and, in turn, transform how we think, perceive, feel and act. We can begin to create change word-by-deliberate-word, letter-by-thoughtful-letter.

Photo by Markus Winkler on Unsplash


A refuge for the mind: planting tiny forests How to reduce food waste
Previous post
Next post