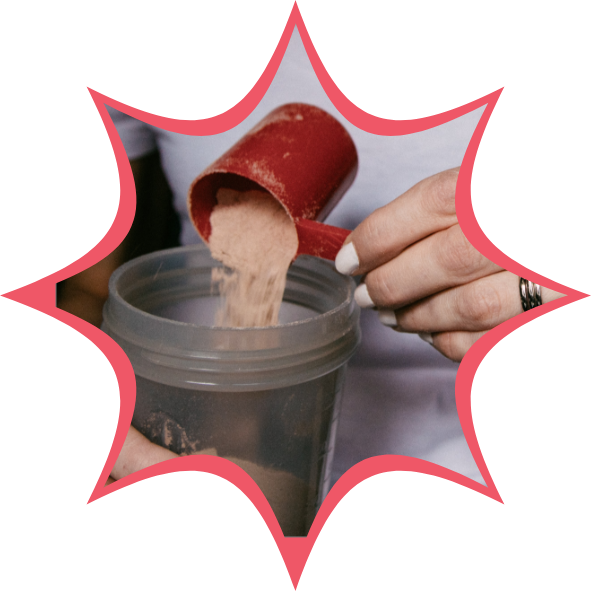 Why haven’t we figured out meal replacements yet?

Why you should eat like a vegetarian, not an astronaut | By Scarlett Harris

The 1973 movie Soylent Green gets a bad rap.

Set just one year in our future, in a 2022 where only the rich can afford fresh food and the titular meal replacement provided to less fortunate citizens turns out to be made from—spoiler alert for an almost 50-year-old movie—people!

But really, in an era of food shortages, poverty and climate change eerily similar to the movie—is it not worth considering non-cannibalistic alternatives to traditional food?

Meal replacements can come in all forms of pre- and post-workout and diet shakes, but for the purposes of this article, I’m talking about brands such as the bravely named Soylent, and Huel, which aim to substitute the vitamins and minerals found in real food into a single product, usually through plant-based and lab-created methods which are marketed as environmentally friendly.

I began thinking about meal replacements at the start of this year while watching my country, Australia, burn, which encouraged me to become vegetarian. The fires had devastating effects on the natural ecosystems, but farmers were also hit hard, with mass livestock loss and a delay to the food supply. Similarly, international natural disasters such as Hurricane Florence in the U.S. in 2018 caused the deaths of hogs and injected their waste into water streams, while locust swarms destroyed crops in Africa.

But that was only the tip of the rapidly melting iceberg, as the COVID-19 pandemic was just around the corner, resulting in the closures of meat processing plants—hotspots for the virus—as well as an increase in food waste as lockdowns, travel bans and economic insecurity affected food production at the source.

Not to mention that some people, myself included, hate cooking and preparing meals, which has only amplified now that going out for dinner and experiencing a variety of cuisines is a relic of a previous time.

So with all of our other technological advancements, why haven’t we figured out meal replacements yet?

“It’s definitely not a matter of production because it’s well-known we have enough food to feed everybody,” says Alana Mann, associate professor at the University of Sydney, co-chief investigator at FoodLab Sydney and author of several books including the forthcoming Food in a Changing Climate.

But for those demographics who have a hard time actually accessing adequate amounts of food, such as international students stranded in Australia and having to utilise soup kitchens and food banks, or the people of Yemen who have been experiencing famine for years, could meal replacements help them?

Rather than come up with new products Mann suggests that we need a paradigm shift: “We need to look at who has power in this food system.”

In other words, perhaps middle class people who belong to WEIRD (western-educated, industrial, rich, democratic) societies, as Mann calls them, who just can’t be bothered thinking of different dishes for every meal need to harden up.

“Convenience really trumps other factors for a lot of us, but it really denies really rich food cultures, because we really need to think about what sort of values [we are] supporting if we move more towards ultra-processed foods at the expense of culturally appropriate traditional diets that are actually really healthy?” Mann says. She points to Indigenous communities who treat food, both meat- and plant-based, with “respect,” “humility,” and “a sense of custodianship” as setting a good examples.

“We need to make it a real political issue and we need to support changes in the food system that benefit all actors and not just ourselves.”

Mann goes on to discuss how things like microwaves and TV dinners were marketed as liberating women from the kitchen in the 1950s, and that women are still the ones being impacted by our attitudes to food, as a recent UN report would attest. Surely meal replacements would help in that regard?

No again. “We still see a lot of old white men making decisions,” both in the policy making arena and in the burgeoning meal replacement industry, “so if we want a democratic food system we need a more democratic society where the people most affected by these issues get to speak on them and that includes people living in conditions where they don’t have access to all this choice and people who are categorised as the among most hungry,” Mann argues.

In the meantime, meal replacements shakes are still a viable option for some people, including those with disabilities or incredibly time-pressed schedules. A representative from Soylent, told Vox that people “who are living at moderate or low incomes just don’t have the resources” to access fresh, local produce, such as those living in the inner city.

As much as I still want a magic little pill that will give me all my nutrients and make me feel full so that I can devote my energy to something other than food preparation, it's probably better that those of us who can adopt a more farm-to-table lifestyle and embrace vegetarianism. I know I've let it slip somewhat during the monotony of lockdown.

Photo by Kelly Sikkema on Unsplash