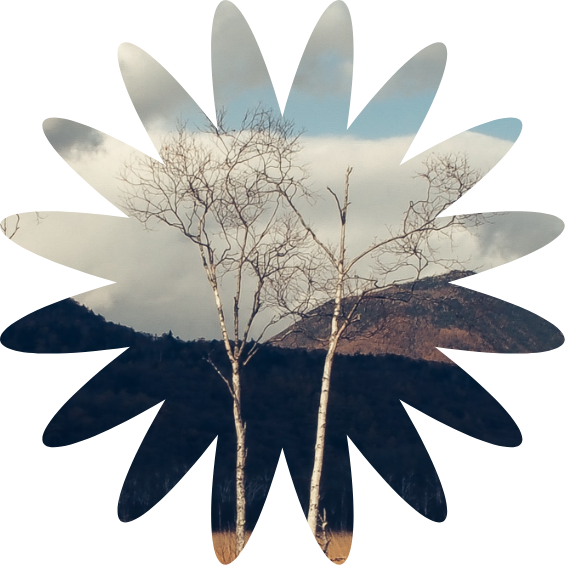 Without planting more trees in the tropics, we can’t fix the climate

Emissions reductions cannot happen fast enough, so we need to do everything we can | By Edward Mitchard

This story originally appeared in Mongabay and is republished here as part of Covering Climate Now, a global journalism collaboration strengthening coverage of the climate story.

I don’t know whether it’s all thanks Greta Thunberg, or due to unusually strong fire seasons in Australia, North and South America, and Siberia in the past 12 months, but there appears to be an increasing realization among the world’s politicians that action on climate change is urgently needed.

We know what needs to be done. We must cut emissions from across our power, transport and industry sectors drastically and fast. And we must stop tropical deforestation.

But the basic physics and complex economics of climate change are clear that cutting emissions drastically and stopping deforestation, while necessary, are not by themselves sufficient. We need to also suck out massive amounts of carbon from the atmosphere, partly because emissions reductions cannot run fast enough, and partly because we’ve already emitted far too much carbon.

The only technology we have currently that can suck carbon out of the atmosphere at any kind of scale is growing trees. So tree planting and forest restoration are essential, and we need to scale up our current paltry efforts urgently.

Funding is available for this: governments are increasingly investing in ecosystem restoration both within their countries and abroad (e.g. the Bonn Challenge commitments), but we will not get near to what is needed without the financial firepower of companies. I believe companies should be encouraged to purchase carbon offsets to assist with forest protection and restoration, so called ‘Nature Based Solutions,’ but this is controversial (e.g. this recent article from Greenpeace).

Like miniature versions of national economies, corporations must aim to reduce their emissions to as near zero as they can, as soon as possible. This is often the source of the controversy: offsetting should not replace emission reductions. But then companies should pay to offset the residual remaining emissions.

MAX Burgers, a large Scandinavian fast food chain, was ahead of the curve in the mid-2000s when it started working to reduce emissions from its supply chain and operations as much as possible. But it still had residual emissions, which it offset through purchasing carbon credits that funded tree planting products in the developing world through the Plan Vivo carbon standard. It continues to offset its residual emissions now, in fact making its food ‘climate positive,’ offsetting more emissions through tree planting for every meal sold, than is released through their entire chain. Large Scottish brewery Brewdog recently made a similar pledge, that its beer will be ‘carbon negative’ due to reductions in supply chain and production emissions, and tree planting to more than compensate for the residual emissions.

In both cases this seems like a good thing, and if consumers think so, too, the brands will benefit along with the climate.

But there are choices about where to plant trees. I imagine MAX chose to invest in tropical tree planting projects for its offsets because they were attracted by the co-benefits such planting offers. By funding farmers to grow trees on their land, they add an additional revenue stream to some of the world’s poorest families, improve the biodiversity of these landscapes, and potentially increase the resilience of these farmers to extreme events such as storms and floods.

But Brewdog, like many others, have chosen to plant their trees closer to home (in their case in the Highlands of Scotland). There are clear reasons to want to plant trees locally – companies wish to invest in their local environment and communities. They want themselves and their customers to see their new forest, and be able to explore and enjoy it rather than just trust the company about their intangible, faraway carbon credits. And some people in public life and the media are critical of planting trees in faraway places, seeing it as ‘greenwashing’ or in other ways not the same as local carbon offsets.

Focus on the tropics makes the most sense

However, tree planting in different locations is not created equal. Fundamentally, trees grow much faster in the tropics, and land and labor are much cheaper there.

Therefore, for a given financial investment, more trees can be planted in the tropics over a larger area, and these trees will capture carbon faster than an equivalent number outside the tropics – and far faster than in northern latitudes such as Scotland or Sweden.

These differences are not trivial: I have seen newly restored forests in tropical Peru reach 15 m height in about 6 years, whereas a Scots Pine planted in the Scottish Highlands might take 60 years to achieve that height. This will translate directly into carbon storage, suggesting per hectare carbon sequestration rates in Scotland might be just a tenth of that in the tropics.

This not only means that costs for achieving the same carbon capture in far northern latitudes are far higher, but also that the land footprint is far greater. It does not mean we should not be restoring forests in the Scottish Highlands: that has many values too, and will capture significant quantities of carbon in the longer term. But it does not seem to me to be an efficient use of financial resources for the majority of a carbon offset portfolio of a company – tropical forest restoration or agroforestry projects are more sensible from a financial and land footprint standpoint.

There is another complicating factor: the albedo effect. This is how reflective the Earth’s surface is, and is one of the nasty feedback loops of climate change: as the climate warms, there is less ice cover in the oceans, and less snow cover on land, meaning less heat from the sun is reflected back into space, and the Earth warms faster. This is probably the main reason the arctic is warming so much faster than the rest of the planet.

Planting trees in the tropics has little further impact on the albedo effect – non-forest and forested surfaces in the tropics have similar albedo. But in the far northern latitudes, the impact is significant: trees are much darker than the snow that would otherwise lie on the land for much of the year. Thus planting trees in northern places, while it will still (slowly) take carbon out of the atmosphere, might nonetheless actually warm the planet more than leaving things as they are.

Finally, there are clear social and biodiversity reasons to plant trees in the tropics. The money will flow to some of the poorest people on the planet, and be directly used to increase the quality of their local environment.

Trees lower the local temperature, provide shade, stabilize the ground to protect against landslides and the damage caused by heavy rain, and potentially provide non-timber products such as fruits. Companies and the consumers of their products should be delighted to be able to invest in improving the incomes and local environment of developing countries as a side effect of capturing carbon. And further, these financial and environmental benefits provide direct resilience for these communities against some of the impacts of climate change, such as the increased incidence and severity of extreme weather events.

So I would encourage politicians, NGOs and others to encourage companies to get themselves to net zero fast. They should do this by removing emissions from their supply chain as much as possible, and all hints of new deforestation. And the residual emissions should be offset, and I believe these offsets should come mostly through a massive expansion in agroforestry and forest restoration projects across tropical regions.

Some of this can be natural regeneration of previously cleared land and some agroforestry: plantations should be expanded in the tropics too to provide timber products, but are not good at directly capturing carbon in the long term. And some offsets could happen closer to home for these companies: but tree planting outside the tropics may not actually be climate positive, and other projects such as peatland restoration may offer greater benefits.

This story originally appeared in Mongabay and is republished here as part of Covering Climate Now, a global journalism collaboration strengthening coverage of the climate story.

Edward Mitchard is Professor of Global Change Mapping at the University of Edinburgh, and CTO of ecosystem mapping company Space Intelligence. Find him on Twitter via @edmitchard.

Photo by Thomas Rohlfs on Unsplash

Jane Goodall, Damon Gameau and Bella Burgemeister: three generations of optimists The millennials setting up their own farms
Previous post
Next post