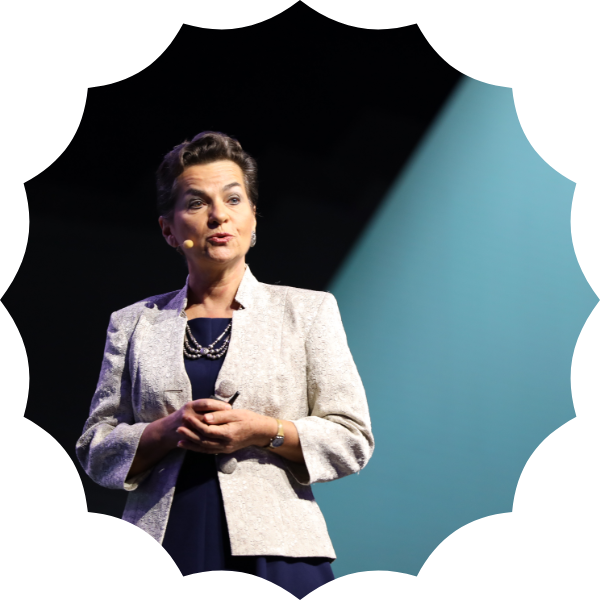 Positioned as gatekeepers of the natural world, women often bear the weight of climate action. Whilst the feminisation of nature ascribes undue responsibility towards women, they are also disproportionately impacted by the climate crisis.

According to the Women’s Environmental Network, 80% of the people displaced by the climate crisis are women. They make up an average of 43% of the agricultural labour force in developing countries but own only 2% of private land—leaving them particularly exposed to economic instability and natural disasters linked to climate change. These also increase women’s vulnerability to sexual violence and restricts their access to key healthcare facilities and educational resources.

It is therefore unsurprising that whilst the patriarchy hopscotches around the political black hole that is the climate crisis, key female figures have emerged as the driving influences behind the action. It is almost impossible to talk about environmental politics without mentioning Greta Thunberg in the same breath. Revolutionising the role of young people as activists, Greta Thunberg is responsible for a profound shift in global climate awareness and has continually held those in power accountable. In 2019, Greta caught public attention by chastising the leaders of the UN General Assembly for talking about “money and fairy tales of eternal economic growth” when “people are dying, entire ecosystems are collapsing”, shifting focus from the economy to the lives of individuals that are at stake.

Christiana Figueres, one of the driving forces behind the 2015 Paris Agreement, worked as the Executive Secretary of the United Nations Framework Convention on Climate Change and was instrumental in bringing the climate crisis to the global agenda. Christiana now runs an organisation called ‘Global Optimism’, which aims to catalyse transformative climate action across the globe. She believes that a shared mindset based on stubborn optimism can bring forth collective action.

Christiana and Greta are both exemplary role-models and examples of how global movements can be instrumentalised in the fight against climate change. Since the signing of the Paris Agreement by 195 countries, more than a hundred laws have been introduced to tackle climate change. Awareness campaigns have also shifted the public’s attitude, with many turning to vegetarianism and veganism.

For all of that positivity on the international plane, the work of grass-roots organisations and leaders is often left obscured. The impact of the climate crisis presents unique challenges for countries that are on the frontline as a result of their geopolitical location.

Hindou Oumarou Ibrahim, the Coordinator of The Association of Peul Women and Autochthonous Peoples of Chad, is an enthusiastic proponent of the uses of indigenous wisdom to adapt to a changing climate. Shrinking resources in nations such as Chad, which has been heavily impacted by decreases in rainfall, create conflict between groups that struggle to access food. Hindou talks publicly about the harms of food scarcity on men in the community, who are forced to migrate away from their homes to source sustenance. The women who are left behind have to harness alternative skills in order to survive, adapting to the increasingly harsh conditions. Hindou advocates for the use of indigenous methods, including the observation of insects’ movements to predict the pattern of rainfall, which can be used to mitigate periods of prolonged drought.

Whilst the patriarchy hopscotches around the political black hole that is the climate crisis, key female figures have emerged as the driving influences behind the action.

As the demographic that has been hardest hit by climate change, women in the Global South have developed many techniques and production processes that prioritise sustainability.

Nzambi Matee, an engineer from Kenya, has discovered an innovative way of transforming plastic waste—originally destined for landfill—into bricks that can be used for construction. Between five and seven times stronger than concrete, these bricks can be used to pave streets and car parks, as well as construct buildings. Matee told reporters at Reuters that she was “tired of being on the sidelines” in disaster mitigation efforts and decided to create a solution herself.

Alongside climate change, the Covid-19 crisis has transformed the way we view female leadership, with New Zealand's Jacinda Arden setting the pace for other world leaders in her coronavirus strategy. A recent study by Britain Thinks shows that women leaders were seen as more effective during a crisis than their male counterparts.

As the impact of climate change worsens, it is probably women such as Matee who will emerge from the sidelines as the people most prepared to lead the world out of the crisis.