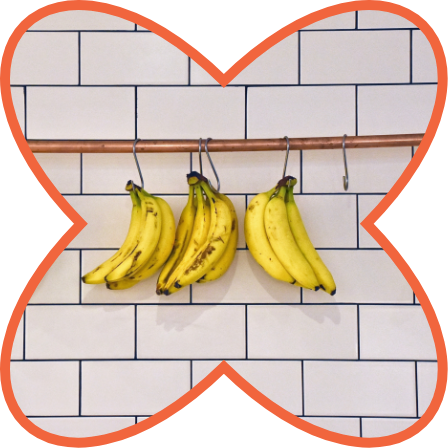 Can a former XR activist convince people to see nuclear as clean? | By Jack Apollo George

On the 17th of November, UK Prime Minister Boris Johnson announced his 10 point plan for a green recovery. Point Three in that FT article addressed the thorny issue of nuclear power. Johnson wrote, “we will take forward our plans for new nuclear power, from large scale to small and advanced modular reactors.” Ahead of the announcement, Rolls Royce promised thousands of jobs if the government were to provide the millions of pounds needed to help set up 16 of those Small Modular Reactors.

The UK has committed to Net Zero emissions by 2050 so a renewed emphasis on nuclear—a carbon-neutral source of energy—makes sense. This is especially true with 50% of the UK’s current reactors set to go offline by 2030 and nationwide energy demand is only on course to increase. Over the past year, around 18% of the UK’s energy mix came from nuclear, with 38% from fossil fuels and 27% from renewables.

But unusually for low-emissions technology, nuclear is still rejected by a large number of environmental groups and activists. This is because the disposal of nuclear waste, the risk that enriched radioactive materials are repurposed for military use and the fear of a devastating meltdown—above all the psychic shadow of Chernobyl—make it an incredibly hard sell.

That said, some climate activists are keen to paint a radically different picture of nuclear power.

Holding giant inflatable bananas (the most radioactive fruit), members of the new group Nuclear for Net Zero (N4NZ), ran into the waves off the coast of Suffolk in Eastern England. Behind them, was the Sizewell B nuclear reactor. But the activists didn’t re-emerge from the water with any extra eyes or fluorescent skin. They were demonstrating in favour of the development of another reactor, Sizewell C.

Zion Lights—a former Extinction Rebellion activist and spokesperson—is leading the movement to transform how we conceive of nuclear energy. She’s been towards the forefront of climate activism for several decades. She’s been arrested during protests, written a book on sustainable parenthood and now wants to encourage a vision of environmentalism where nuclear energy can help ensure a future with less suffering and poverty.

“It’s a gift for humanity," she told Footprint. “This is like when humans first discovered fire and realised, look, we can protect ourselves, we can warm ourselves [...] and our children are going to be healthier and happier.”

It’s easy to visualise the benefits of nuclear power in terms of safety and carbon emissions when compared with fossil fuels.

For Zion, renewables aren't yet the finished product—their energy is intermittent and energy storage is still an issue. Even today, when the wind doesn’t blow enough, the UK returns to using coal power. In Germany, where nuclear plants are being decommissioned after the Fukushima meltdown in 2011, CO2 emissions per capita are still almost twice as high as those in France whose energy mix is still dominated by nuclear power.

More troubling still, a group of researchers recently found that in Germany “nuclear power was mostly replaced with power from coal plants, which led to the release of an additional 36 million tons of carbon dioxide per year” and the pollution likely “killed an additional 1,100 people per year from respiratory or cardiovascular illnesses.”

In the UK meanwhile, public opinion is divided. According to a recent YouGov poll, 43% of people oppose nuclear power, while 37% support it.

Zion Lights’ efforts to include nuclear power in the climate conscious picture have led to some controversy. Until recently (i.e. she left her position soon after this interview) Zion was the European Director of Environmental Progress, a campaign group led by the controversial anti-climate-alarmist-environmentalist Michael Schellenberger. As a result, Zion’s former associates at XR have called on the media not to platform her views. This is despite her own belief that we are very much living in a climate emergency—hence the step of protesting right now for more power plants.

The acrimony upsets Zion who wants to move beyond the bitter “tribalism” that exists within the environmental movement. Nonetheless, she had positive things to say about XR, acknowledging that they were far more “pro-science” than other groups she had worked with.

But in her view, their focus on political change (setting up citizen assemblies)—as opposed to simply focusing on bringing down emissions—runs counter to the urgency of living through a climate emergency, one where each additional ton of emitted carbon leads to a hotter future. “I'm like, guys, do you know what half the world will look like by that point?”, she says.

Zion points out that her association with Schellenberger is about making tangible change, “I've spent 20 years in environmental activism. Nothing that I have ever done has brought down emissions.”

Indeed, results do matter. Every watt of electricity produced by a nuclear power station represents less carbon being burned straight into our fragile atmosphere. “This guy has funded an organisation that has saved at least 12 nuclear reactors from being shut down,” she says. “He has saved the planet from more emissions more than anyone I know. No one wants to hear it, but that is the truth. He has done it and I haven't.”

All in the message

For Zion, who recently completed a master’s degree in science communication, the key to nuclear’s poor reception is in the story-telling. She points to Ronald Reagan’s defiant defence of the US space program following the Challenger disaster as an example of how to present volatile but potentially transformative scientific leaps. If nuclear power is as vital as fire, then we should own the risks that come with playing with that fire, argues Lights.

Indeed, her core frustration lies not with the environmentalists whose deep-seated doubts and fears around nuclear energy she used to share, but with the scientists and industry insiders whose role it should be to evangelise about their own technology. Zion says that EDF even emailed her suggesting she reconsider demonstrating in favour of their nuclear site.

“They're part of the problem,” she says. “They need to f***ing advocate for their own product.” She points to the devastating effect of lobbying from the fossil fuel industry and how weak the nuclear equivalent seems in comparison, especially when nuclear could present itself as an epochal, world-saving technology. “I think they’ve got blood on their hands, seriously,” she tells Footprint.

Part of Zion’s attraction to the nuclear cause is that it offers a way out of the doom-laden discourse that accompanies so much environmentalism. “I was thankful,” she says, “We don't have to suffer because there's a solution, whereas I previously believed that there was no solution.”

Dr Dawid P. Hanak, Senior Lecturer in Energy and Process Engineering at Cranfield University explains the scientific perspective on the question of nuclear power. He told Footprint that while “there is no single bullet” for the problem of climate change, “if we want to prevent drastic implications of global warming, we need to act now. We can achieve this by replacing fossil fuels with the existing off-the-shelf low-carbon technologies, such as nuclear and renewables with energy storage.”

According to the International Energy Association, the world’s current nuclear capacity is not on target to even meet the goals outlined by the IPCC. And in turn, in order to limit global warming to 1.5˚ the IPCC believes that the focus should be on renewables. “The political, economic, social and technical feasibility of solar energy, wind energy and electricity storage technologies has improved dramatically over the past few years, while that of nuclear energy and carbon dioxide capture and storage (CCS) in the electricity sector have not shown similar improvements. {4.3.1}”

Indeed, despite Zion’s new campaign and the best efforts of the unbearably cool pro-nuclear TikTok influencer i-sodope; in the clean energy space, the momentum is mostly with renewables. They keep getting cheaper and more effective.

In comparison, nuclear comes with a lot of psychological baggage and operational headaches—it’s also expensive and slow to get going. Just this week, MPs found that the body in charge of overseeing nuclear waste, “still doesn’t know even where we’re currently at, in terms of the state and safety of the UK’s disused nuclear sites.”

Of course it’s not zero sum. We can and do currently have both nuclear and renewables powering many countries. Although there are plenty of voices who will confidently argue that the risks of nuclear power are too great, having an open conversation about the technologies that are available to us is important. After all, anything that can reduce our dependence on fossil fuels is worth taking seriously.

This article was written by Jack George (jackapollo1)

We are at war with nature, says UN Secretary General Why haven’t we figured out meal replacements yet?
Previous post
Next post