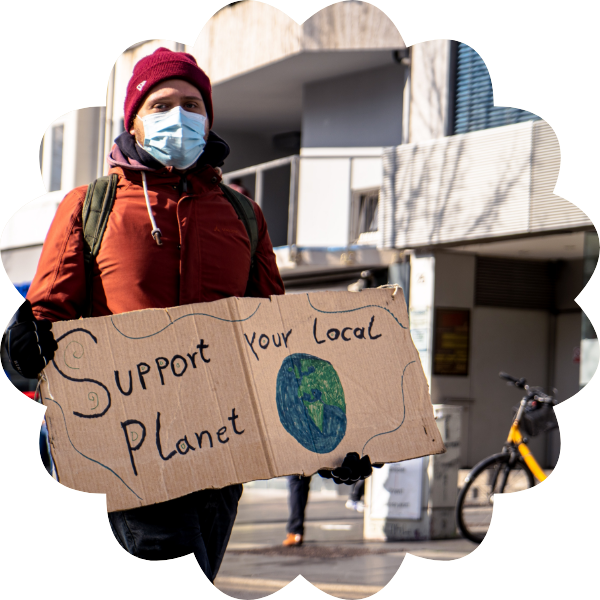 Yes, it can happen. Berlin now has a Climate Citizens’ Assembly | By Leander Jones

Is it naïve to think that democracy can ever solve the climate crisis? A long line of commentators seems to think it is. Renowned scientist James Lovelock argued in his 2009 book The Vanishing Face of Gaia that climate change should be treated as a “state of war… Even the best democracies agree that when a major war approaches, democracy must be put on hold for the time being.”

This is an understandable sentiment given the almost universal feet-dragging by governments in recent years. But is the problem too much democracy, or not enough of it? A recent UN poll of 1.2 million people across 50 countries found that two-thirds of the world’s population believe climate change is a global emergency. In the UK that figure is as high as 81%.

People want tougher climate action—and a number of democratic initiatives across Europe show that, when given the means to do so, they push for it.

On May 6th 2021, the Senate of Berlin voted to create a Climate Citizens’ Assembly, marking the end of a successful Volksinitiative by the Klimaneustart campaign. Volksinitiativen (People’s Initiatives) and Volksentscheiden (People’s Referenda) are two variants of direct democracy that have existed in Germany at a state level since the 1990s: citizens collect a specified number of signatures in support of a policy change, which is then debated by legislators or put to a referendum.

In Berlin, activists, and climate activists in particular, have come to see these tools as some of the most effective in their toolbox. “What’s unique about it is the direct dialogue with both citizens and politicians. While asking for people’s signatures in the streets you automatically are forced out of your bubble. You get to speak to people of all districts, backgrounds and beliefs, and you get to communicate their opinions to politicians, and vice versa. I find it inspiring being on this intersection, rather than focussing on protest,” explains Rabea Koss from Klimaneustart.

While protest groups like Extinction Rebellion and Fridays for Future garnered a lot of media attention, it is more difficult to point to concrete policy changes that resulted from their actions. On the other hand, through Volksinitiativen/entscheiden, Berlin activists have succeeded in passing a bike-friendly mobility law, getting the government to officially declare a ‘Climate Emergency’, and now in creating the Climate Citizens’ Assembly, to name just a few examples.

Interestingly, with the campaign for the Climate Citizen’s Assembly, Berliners have used one form of direct democracy to create another. For the assembly, a cohort of demographically representative residents will be selected at random and tasked with creating detailed policy proposals for the city in consultation with scientists and experts. “The citizen’s assembly is a huge chance to bring people from all strands of life with different realities together to work on a shared vision and find socially-just solutions,” explains Felix Nasser from Klimaneustart.

The citizens’ assembly concept has become increasingly popular since its high-profile success in Ireland, where it led to a swathe of sweeping legislative changes and broke years of political stalemate. Most well publicised were the resulting referenda on, and legalisation of, abortion and gay marriage; but it also led to a landmark Climate Action Plan.

Following in Ireland’s footsteps, France’s President Macron turned to citizens’ assemblies as a way out of his own political bind. The Gilets Jaunes (yellow vests) protests which shook the country for several months in 2018/19 were an angry response to his attempt to cut carbon emissions by raising taxes on fuel. Rather than simply backpedalling, he set up the Citizens’ Commission for the Climate, which was mandated to define a series of measures “to achieve a reduction of at least 40% of greenhouse gas emissions by 2030, in a spirit of social justice.” The commission came up with 149 proposals—for example amending the constitution to include environmental protection and banning advertisements for the most polluting products—of which Macron accepted all but three, in addition to pledging an extra €15bn over two years for climate measures.

Next up was the UK. Six parliamentary committees created a Climate Assembly to make recommendations on how to achieve net-zero emissions by 2050. Like in France, the assembly members were demographically representative and included people who had no prior knowledge or concern about climate change. Yet by the end of the process, a strong majority voted in favour of a swathe of stronger climate measures, including a levy on frequent fliers, a ban on the sale of combustion engine and hybrid cars by 2030-35, and a number of other solutions that many previously imagined would be unpopular with the general public.

The examples set by these assemblies are “really powerful,” says Koss, “They show how people can change their mindsets and form their own intelligent opinions if they have enough information. Citizens’ assemblies can be a great add-on to what we currently have as tools of democracy.” The idea has even been taken up by the UN, which is planning to host a global citizens’ assembly alongside the Cop26 conference this November.

Of course, such bodies can only be effective if they are also given teeth. The global assembly will have no formal powers; likewise, it is not yet certain how many of the UK assembly’s proposals will be heeded—(optimists may point to the Government’s encouraging new carbon reduction pledge of 78% by 2035, although sceptics have warned that previous targets have been consistently missed).  In contrast, Ireland’s assembly was televised and highly publicised, and members of the public were invited to submit questions and talking points. This meant the government had little choice but to act on its recommendations.

This is one reason why a combination of citizens’ assemblies and people’s referenda holds such enormous potential. It gives citizens the ability to force politicians’ hands should they be inclined to ignore an assembly’s conclusions. You might think that no government in its right mind would concede such power. Prudent administrations however may come to see this as a way of meeting climate targets without alienating sections of their voter base. By involving citizens directly in tough decisions, they can pave the way for more radical measures that would otherwise be politically impossible.

The future for direct democratic climate action in Western Europe looks promising—particularly in Germany, which is embracing both these mechanisms. The country is holding a national climate assembly this year, alongside five city-wide ones. There is also a plethora of people’s initiatives across the country pushing for further assemblies, as well as other, increasingly radical, climate measures (Klimaneustart is now campaigning for Berlin to pledge climate neutrality by 2030, and Berlin Auto-frei wants to ban cars in the city, to name just two examples). Perhaps we shouldn’t dismiss democracy just yet.